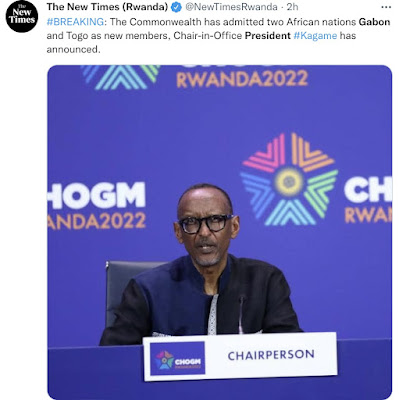 The two former French colonies of Gabon and Togo have been formally admitted to membership of The Commonwealth this afternoon (Saturday 25 June 2022) at CHOGM, the Commonwealth Heads Of Government Meeting, currently taking place in Kigali in Rwanda. The number of independent countries which are now members of the organisation totals 56 - more than ever before. Neither country has had any previous close links with the countries of what was known as The British Empire.

In anticipation of this news I discussed the recent issues of both countries in Blogs 1938 and 2103 and future issues of the two countries will now be included in this Blog though the products released by the notorious Stamperija ‘philatelic agency’ on behalf of Togo will not get any notable coverage. 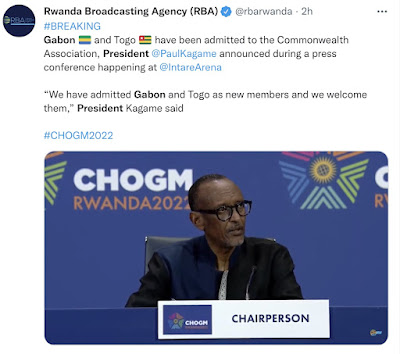 🇺🇸 Everyone makes a mistake sometimes. Errors on stamps are fun but sometimes they reflect the general carelessness some of the more exploitative purveyors of philatelic items adopt in their approach to the designs which appear on their products. Items intended for sale at rather high prices can be ‘designed’ in a matter of a few minutes in these times of sophisticated computer design programmes and why bother adding to the time consumed to prepare these products when there’s money to be made and more and more of these items to ‘design’ and produce? Over its many years of unloading on to the new issue market vast numbers of such items, the notorious US-based philatelic ‘agency’ IGPC has released numerous items with lazy errors on them which could have been produced error-free by simple checking by someone who knows what they are doing. But why bother?

Here’s another example of these lazy errors recently offered for sale by IGPC with the name of St Vincent And The Grenadines printed on the items being sold - the ‘stamps’ included in 2 miniature sheets purporting to commemorate the Platinum Jubilee of Elizabeth II, Queen of St Vincent And The Grenadines, the country’s head of state, with the monarch described as ‘HR Queen Elizabeth II’. No, she isn’t “HR’ at all - the abbreviation seems to reflect confusion in the designer’s mind between HM (Her Majesty) which is correct and HRH (Her Royal Highness) which is not correct. It’s fairly easy to get it right if you know what you are doing and disrespectful to the country’s Head of State if you get it wrong. One assumes therefore that, at the grand age of 96, The Queen has taken on a new job in Human Resources though with which company or organisation I can not say. 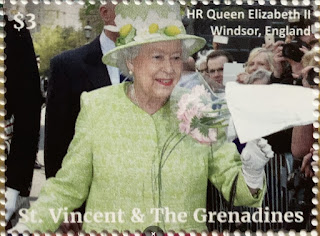 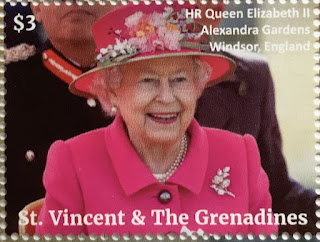 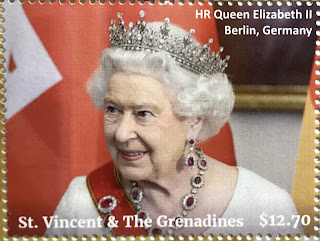