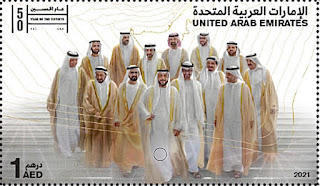 🇦🇪 The postal service of The United Arab Emirates, Emirates Post, issued a se-tenant pair of 1 AED face value stamps  (=2 x 21p in pounds Sterling) and 8 miniature sheets each with a face value of 7 AED (=£1.44p) on 2 December 2021 to commemorate the 50th anniversary of the granting of independence by The United Kingdom, after the expiration of the treaty between the various parties, to the seven Gulf emirates which had previously been known as The Trucial States over which it had held protectorates and the combination of six of the territories (Abu Dhabi, Dubai, Ajman, Fujairah, Sharjah and Umm Al Quwain) to form The United Arab Emirates (Ras al-Khaimah joined on 10 January 1972). United Arab Emirates (UAE) was admitted to membership of The United Nations on 9 December 1971 but, like Britain’s other Gulf state former protectorates (Kuwait, Bahrain and Qatar), it did not seek membership of The Commonwealth.

The miniature sheets show all the rulers of each emirate together with individual portraits of each ruler on a miniature sheet of their own. The total face value of the issue is AED58 (=£11.92p). 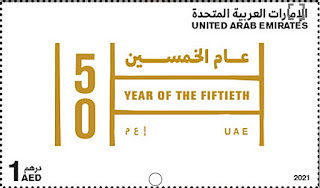 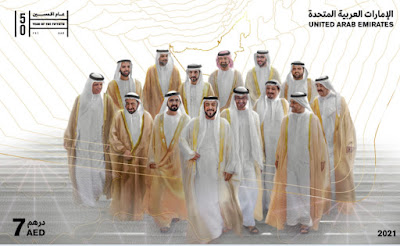 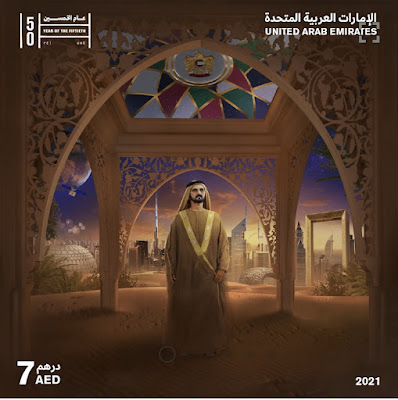 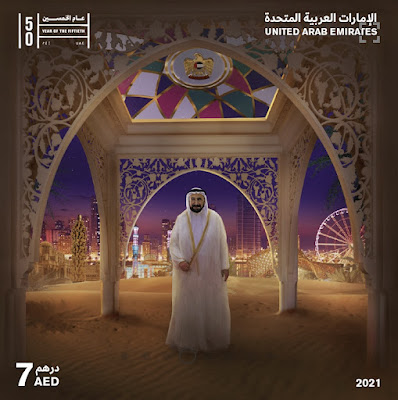 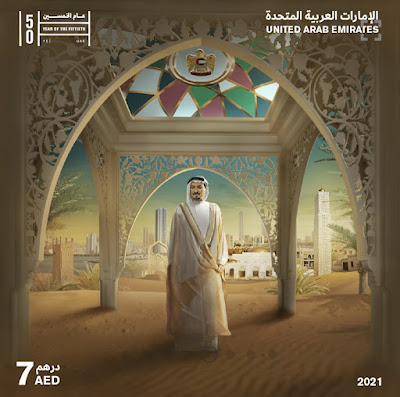 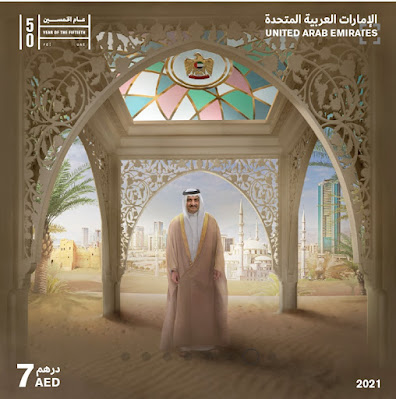 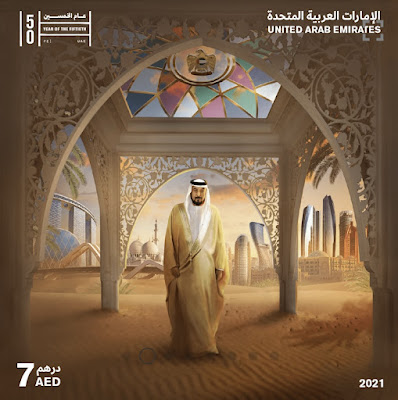 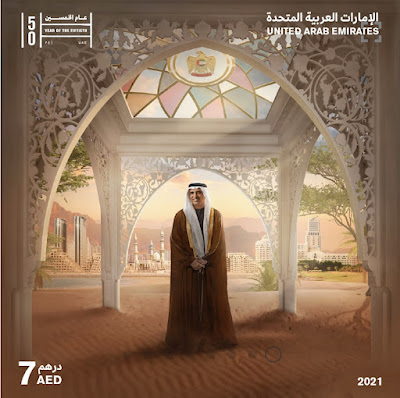 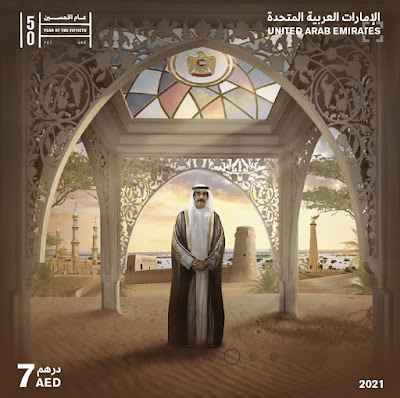 If all that were not enough, rather alarmingly Emirates Post also released another issue to commemorate its golden jubilee in the form of 4 stamp cards which are physical postage stamps which have a “digital twin that can be collected in a digital crypto wallet”. Emirates Post also states that the highest value (AED 2021 face value = £415.81p which, without looking back on old blogs, makes it, I think, the postage stamp with the highest ever face value) depicts the “UAE desert landscape and invokes the journey of the founding fathers, starting from meetings in the desert to forming the country of the future”. The publicity for the issue goes on to say, “The stamp contains a one gram gold bar minted with the “Spirit of the Union” Year of the 50th logo”.
The publicity also tells us that “the NFT stamp card is a high quality credit card-sized plastic card comprised of 5 PVC layers and the gold bar is laminated into the card itself. The golden NFT stamp pack also includes a physical stamp of the same design without the gold bar. There are 2021 NFT stamps issued in this design”. By which I presume it means the other three ‘stamps’ in the set which all have a face value of AED250 (=£51.44p) - one depicts the ‘Spirit of the Union’ logo, the second depicts the ‘Year of the 50th’ logo and the third depicts the ‘Projects of the 50’ in the form of a space theme. The set therefore has a total face value of £570.13p. Probably not something for my collection then, I should think. 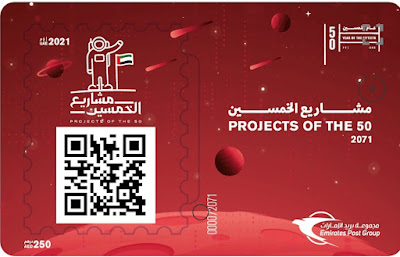 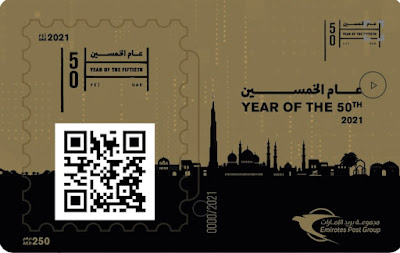 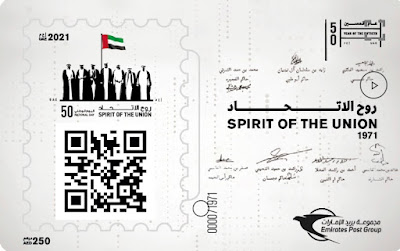 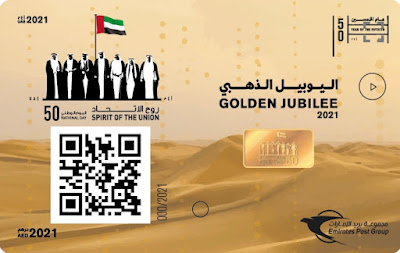 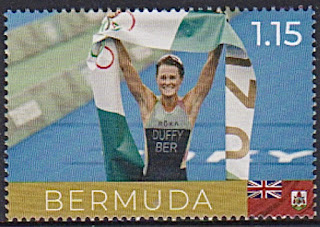 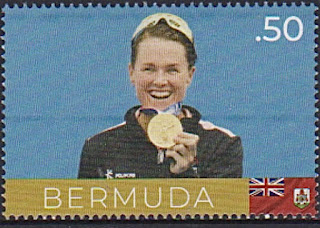