🇭🇰 The final issue of the year from Hong Kong Post will be a set of 4 stamps and 1 miniature sheet to commemorate Christmas. The theme of the set is that of Hong Kong locations used to film scenes from movies. To be seasonal, Father Christmas is depicted being shown the sights. Certainly an original approach to the Christmas theme. Rating:- ***. 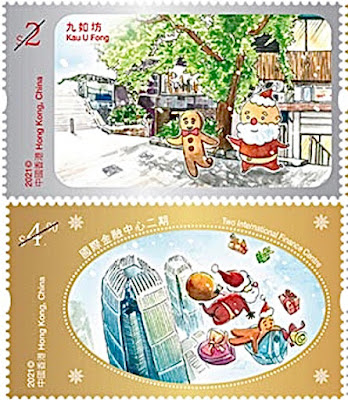 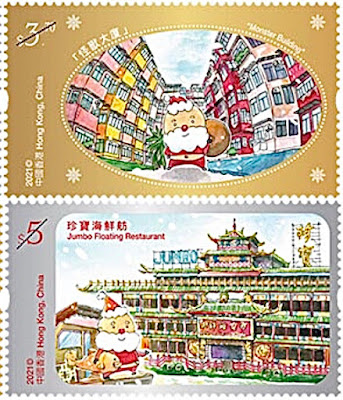 🇮🇲 In Blog 1973 I mentioned a set of 7 stamps to be released by Isle Of Man Post Office to commemorate the 75th birthday of Sir Barry Gibb, former singer of the old popular music group, the Bee Gees. It appears that the issue also includes a miniature sheet containing all 7 stamps.

🇮🇳 India Post issued a single stamp on 10 November 2021 to commemorate Dattopant Thengadi whom Wikipedia describes as a “Hindu ideologue, trade union leader and founder of the Swadeshi Jangaran Manch, Bharatiya Mazdoor Sangh and the Bharatiya Kisangani Singh”. Another one of those dull politician stamps with which the Indian postal service is obsessed. Rating:- **. 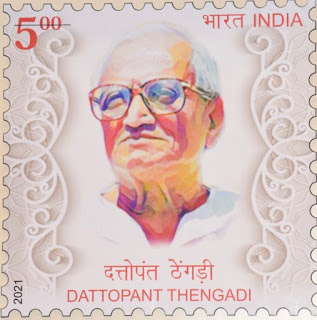