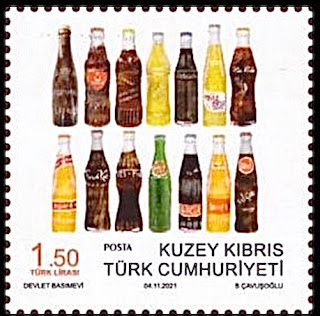 🇹🇷 The postal service of the Turkish Republic of Northern Cyprus issued a pair of stamps on 4 November 2021 on the subject of Old local soft drinks. The issue was designed by C Cavosoglu and printed by Devlet Basimevi. An unusual subject. Rating:- ****. 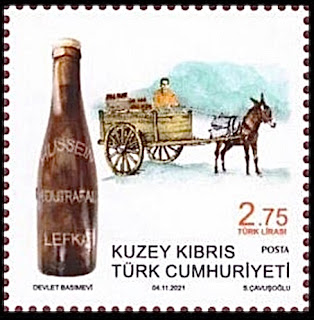 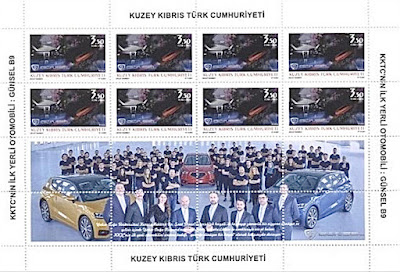 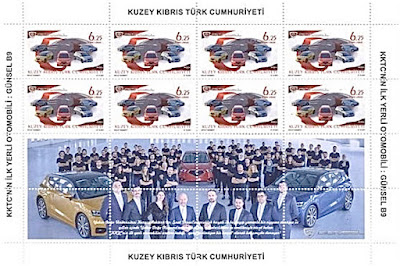 🇮🇪 The postal service of the Republic of Ireland, An Post, is releasing yet again some pretty uninspiring Christmas stamps in a cartoon style which illustrate phrases such as ‘Naughty or Nice’ or ‘Ho Ho Ho’. There is one cartoon Nativity scene to illustrate the origins of the Christmas festival but the depiction of the Holy Family is almost sacrilegious. Who would have thought that once true Catholic southern Ireland would have opted to become so secular in such a short period of time? Once again, stamps are a marvellous illustration of ongoing social history. These pieces of work were designed by Thinkhouse and lithographed by Enschedé. In all there are 6 self-adhesive stamps sold only, as far as I can see, in booklets though the philatelic bureau is offering the International (W) rate stamps as a pair. The date of issue was 4 November 2021. Rating:- **. 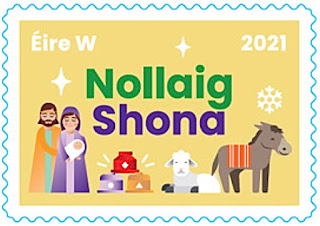 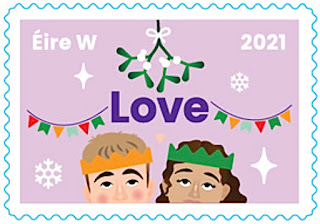 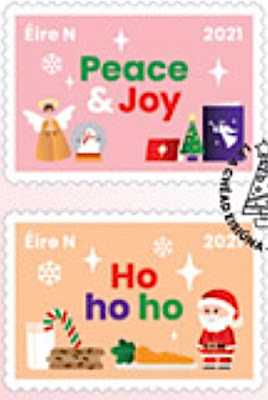 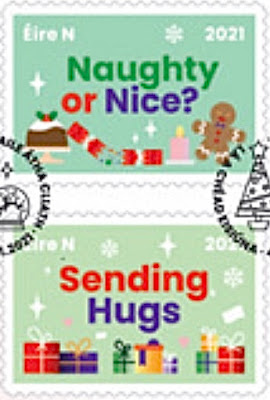 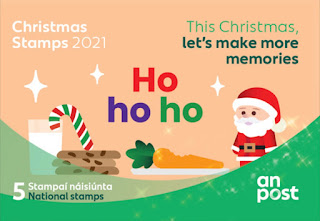 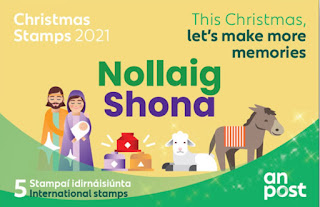 Here below are a couple of items which I previously failed to mention:-

🇦🇺 Australia Post - 95th Birthday of Queen Elizabeth II - a self-adhesive version of the $3.50 value was also issued along with the 2 gummed stamps and gummed miniature sheet previously mentioned. The date of issue was 21 September 2021 and the stamps were printed in ‘sheetlets’ of five. 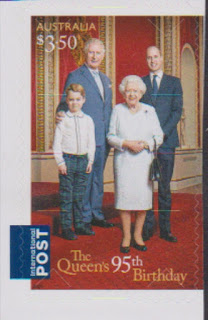 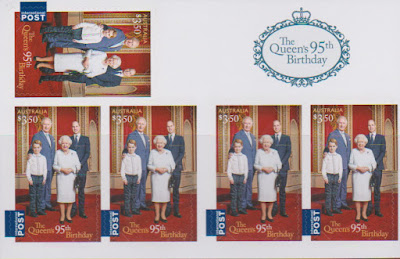 🇸🇬 Singapore Post - a miniature sheet accompanied the 2 stamps issued on  27 July 2021 which were a joint issue with Sri Lanka (see Blog 1913). 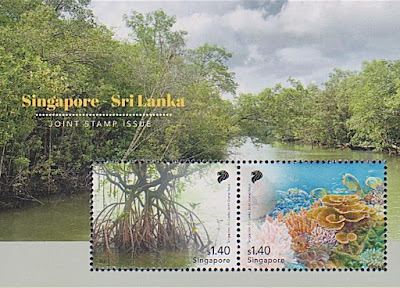