🇯🇪 Jersey Post will issue a set of 6 stamps and 2 miniature sheets (1 containing a single stamp and the other the 6 stamps in the set) on the subject of the 1980s popular culture on 6 October 2020. The issue was designed by Hat Trick Design (London) Ltd and printed in lithography. This issue would be perfectly acceptable if only Jersey Post did not issue so many other sets during the year but when there are so many it seems like this is just another excessive issue. Rating:- *. 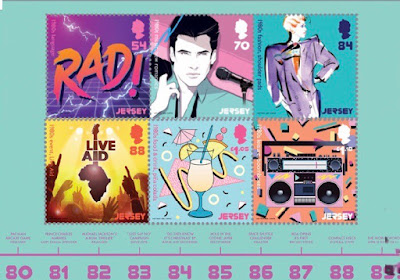 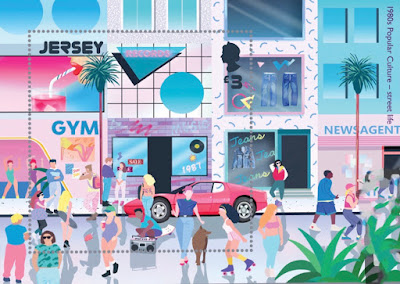 Jersey Post will also issue its strip of 6 Coastal flowers Post and Go stamps with an additional inscription ‘Virtual Autumn/Stampex 2020’ from 1 to 3 October 2020 from the JE03 kiosk. These items commemorate the postal administration having “a booth at this innovative philatelic event”.The sales period is very limited but at least the items are being dispensed in Jersey rather than in London where they would have no postal validity. Rating:- *.

🇬🇬 Guernsey Post will also issue a strip of its 6 Fishing Boat Post and Go stamps from its vending machine at Envoy House in St Peter Port (GG02) with the additional inscription ‘Virtual Autumn/Stampex 2020’ on 1 to 3 October 2020 which, as for Jersey Post’s issue, makes for a very limited sale period. But at least they are being sold from a machine in Guernsey rather than in London where they have no postal validity which is usually the case with these Channel Island Stampex souvenirs. Rating:- *. 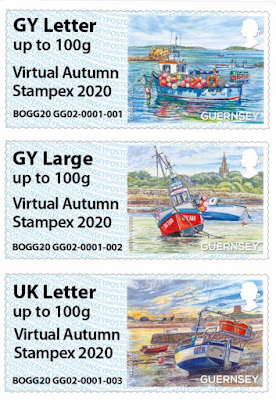 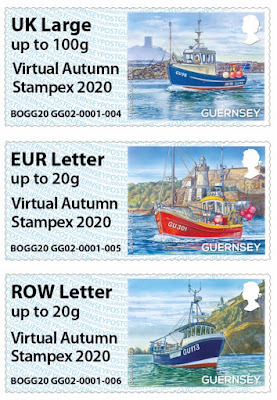 🇲🇾 Pos Malaysia issued a Personalised Setemku sheet of 10 different stamps on 10 September 2020 on the subject of the fashion of a company called FashionValet. Similar clothes to these, I assume, will be featured on any future Jersey Post set commemorating popular culture of the 2020s. 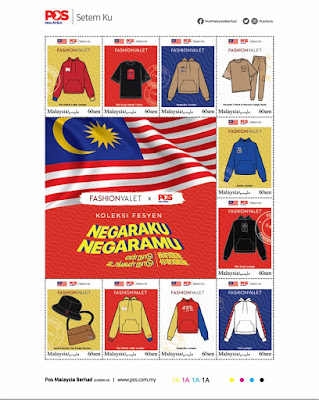 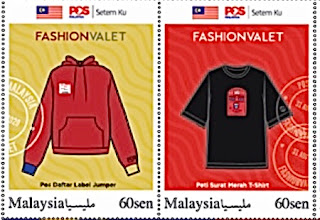 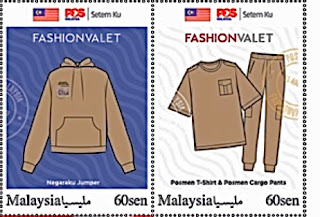 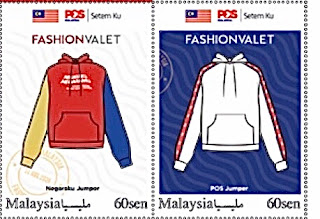 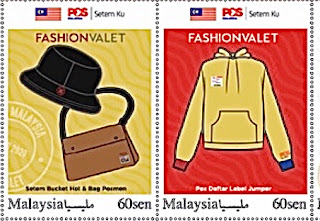 🇵🇳 From 20 September 2020 the Pitcairn Islands Philatelic Bureau in Wellington in New Zealand will cease to operate and sales of the stamps of Pitcairn Island will be handled by Tower Mint in London. Tower Mint will also run a programme of coinage issues for Pitcairn.