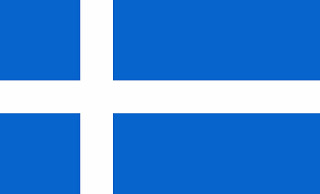 🏴󠁧󠁢󠁳󠁣󠁴󠁿 The major islands off the western European continent which are part of or have been part of The United Kingdom are Great Britain and Ireland. Great Britain is home to three nations - England which is the territory occupied by Angles from Schleswig Holstein and their neighbours, the Saxons and the Jutes, during the course of the Sixth century AD and who became the English (though by far the larger proportion of their descendants have mostly ancient British ancestors; Wales, which calls itself Cymru, home to the descendants of the Hwelsc (Anglo-Saxon for foreigner) who were displaced westwards by the settlement of the the Angles, Saxons and Jutes and Scotland which is the home to the descendants of the Picts, an ancient tribe, and the Scotti who originated in Ireland and from whom the modern name of the country is derived. Cornwall is at the most south-westerly tip of England and is home to descendants of more of the Britons displaced during the English settlement. Kernow, as some like to call it, is not recognised as a separate nation unlike the Welsh.
Ireland is home to the Irish which are a combination of people of Celtic origin and Viking stock who  came under the overlordship of the French king of England (Henry II) and his descendants in 1175; up until then the English themselves had shown no real interest in interfering in Ireland apart from countering the raids by Irish pirates which had gone on for centuries. Centuries later, when England became a place of religious conflict between Protestants and Catholics large numbers of Scots were settled in Ireland, particularly in the north,  giving rise to a heavily Protestant population in Northern Ireland which led to the island of Ireland being divided in 1922 into the Irish Free State in the south (later The Irish Republic) and Northern Ireland, sometimes called Ulster which remained part of The United Kingdom which became known as The United Kingdom Of Great Britain and Northern Ireland. Hence The United Kingdom is made up of four ‘nations’ - England, Northern Ireland, Scotland and Wales. To address the sensibilities of the four populations in general, and of local politicians in particular, Royal Mail issues stamps for these four nations though they probably do not receive that much genuine postal usage. They are called Country stamps and more traditionally, but now less politically acceptably, Reigionals.
The British Isles also includes innumerable small islands and island groups and three of them have a self-governing status which means that they are not parts of The United Kingdom but have the statuses of Crown Dependencies. They are semi-independent but defer to the government of The United Kingdom in matters such as foreign affairs and defence. They are not members of The Commonwealth  - no dependent territory is - but are parts of the Commonwealth if that makes any sense at all. These three territories are more than familiar to modern stamp collectors as both have independent postal administrations which regularly release profuse numbers of new issues - Guernsey and Jersey which are situated geographically nearer France than England and enjoy their status as the remnants of the Duchy of Normandy which was ruled by William The Bastard (I) when he invaded and conquered England in 1066 but were retained when the appalling King John managed to lose the large part of his territories in France. The third of these Crown Dependencies is Isle Of Man which is situated in the Irish Sea, half way between Great Britain and Ireland.
Scotland which in recent years has had its own Parliament and government under the control of a nationalist party which seeks to separate Scotland from The United Kingdom and make it a fully independent state in its own right has responsibility for a large number of offshore islands some of which are quite distant from the mainland and particularly of note are the Orkney Island and Shetland Islands. 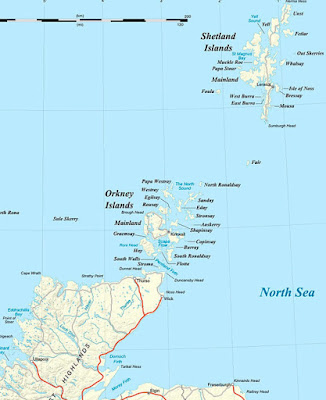 The Shetland Islands and The Orkney Islands were territories of the Kingdom of Norway from the 10th century AD. Subsequently they entered a personal union with the Kingdom of Denmark and in 1486 Christian I of Norway pledged Orkney as security against the payment of the dowry of his daughter Margaret who was betrothed to King James III. In 1487 King Christian pawned Shetland to the Kingdom of Scotland and subsequent attempts to reclaim the islands were refused by the Scottish crown. Following the Act of Union of 1707 Shetland and Orkney joined Scotland as parts of the Kingdom of Great Britain and then parts of The United Kingdom.
Shetland has a population of about 23000 and following the establishment of the Parliament in Edinburgh there has been a general feeling in the islands that the Scottish government has neglected the needs of the islands. When the Scottish Nationalist government held a referendum in Scotland in 2014 to test the people’s desire for Scotland to become an independent state  and to leave The United Kingdom 55.4% of voters chose to reject Scottish independence but in Shetland 63.7% voted against Scottish independence and Orkney the ‘No’ vote was even higher at 67.2%.
Now the Shetland local councillors have just voted by a large majority, 18 to 2, to begin the process of becoming a separate political entity, not part of The Kingdom of Scotland, and possibly either becoming a Crown Dependency like The Channel Islands and Isle Of Man or a British Overseas Territory like Gibraltar. If another Scottish referendum were held in the foreseeable future and if the mainland voted to separate from the United Kingdom it is likely that Shetland and Orkney would vote to remain part of The United Kingdom, or follow one of the two above alternatives rather than remain part of Scotland which would be likely to have a rapidly failing economy and hold no attraction to the Shetlanders.
Therefore we may in the foreseeable future see a new political entity emerge - The Shetland Islands - with its inevitable own postal service and as a result, a new philatelic entity within The Commonwealth as well.
In comparison with other British Crown Dependencies and Overseas territories Shetland does not have a large population - 23000 compared with Gibraltar’s 34000, Guernsey’s 67000, Jersey’s 98000, Isle Of Man’s 84000, Bermuda’s 64000, Turks And Caicos’ 38000, Cayman Islands’ 64000 and BVI’s 30000 though larger than Akrotiri and Dhekalia’s 15000, Montserrat’s 6000, Anguilla’s 15000 and St Helena and Dependencies’ 7000 and Falkland Islands’ 3000. Nevertheless the population would require a postal service and one could only hope that it would adopt a stamp issuing programme similar to that of the Danish territory of The Faroe Islands which is conservative and relevant rather than that of the British offshore islands which are vastly excessive and often irrelevant in subject matter.
Royal Mail has rarely featured subjects specifically relevant to Shetland on its stamp issues - I can only think of three. The first was issued in 2003 as part of a set of 6 titled A British Journey - Scotland and depicted a view of Papa Little, an island in St Magnus Bay in Shetland. 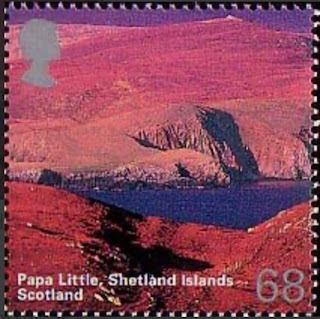 The second stamp to note is that issued in 2019 as part of a set of 10 featuring execrable designs on the subject of Curious Customs. The Shetland stamp was one of the less offensive in the set and depicts, with a stretch of the imagination, the Shetland festival of Up Helly Aa which centred around the burning of a Viking ship and emphasises the islands’ early links with Scandinavia rather than Scotland. 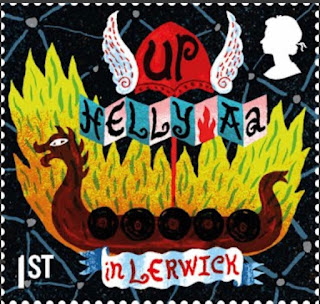 The final stamp to mention is a charming value from the 4 value British Horses issue of 1978 featuring the delightful artwork of Patrick Oxenham. The stamp depicts one of the famous diminutive Shetland ponies which are a much loved breed. 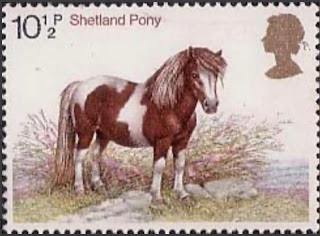 A Shetlands postal service new issue programme could be a source of great pleasure to stamp collectors if it avoided the pitfalls that the British offshore island postal services have fallen into in recent years. Much could be made, for instance, of the islands’ Viking heritage just as the Isle Of Man  Post Office did in its excellent early years and there would be great opportunities to depict the islands’ wild life particularly seabirds and marine life and wonderful landscapes. If a Shetland postal service took on Creative Directions, which is responsible for most of the marvellous stamps coming out of the South Atlantic British territories then Shetland could be to North Atlantic philately what the Falklands is to South Atlantic stamp collecting but with a longer and more interesting national history.

Of course it’s a long way from a local council deciding to seek out an independent status for the islands and the reality of there being a separate political entity which has its own postal service issuing its own stamps and the Scottish government is not going to find it easy to grant to the Shetlands what it is seeking for itself but it will be interesting to see what develops. We recall of course that last year the inhabitants of the island of Bougainville overwhelmingly voted in a referendum for Independence from Papua New Guinea and little has happened there to deliver the dreams of the Bougainville people. Shetland Island stamps may yet be a long way from being added to collectors’ albums. 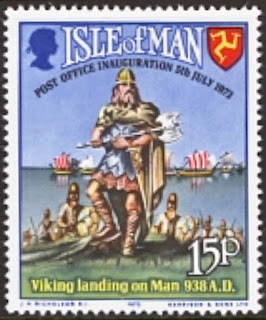 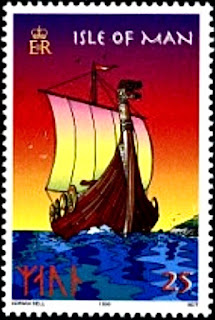