🇬🇮 Gibraltar Stamps released 2 new stamp issues on 10 May 2018. The first is a £4 stamp produced in sheetlets of 6 to commemorate the 65th anniversary of the Coronation of Queen Elizabeth II. This singularly unexciting item uses the many times seen before Coronation photograph by Cecil Beaton with the lettering added by Stephen Perera. The item was lithographed by BPost Security Printers. Rating:- *. 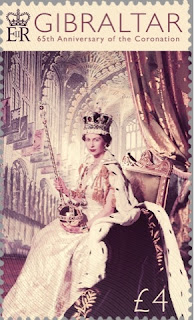 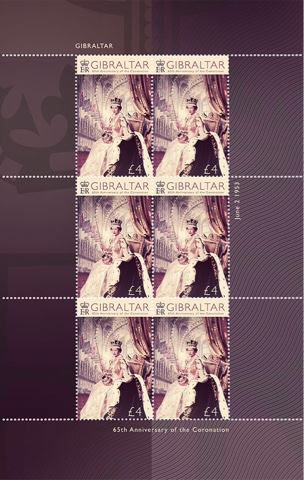 A miniature sheet was also issued containing a single £3 stamp to commemorate the first visit of the new British aircraft carrier HMS Queen Elizabeth to Gibraltar. The issue was designed by the Royal Navy - MOD and Stephen Perera and lithographed by BPost Security Printers. Rating:- **. 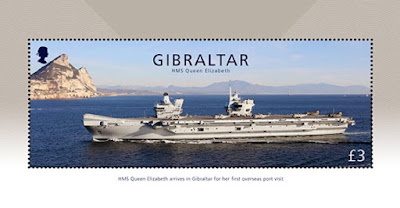 🇸🇬 Singapore Post will issue a set of 3 stamps on 16 May 2018 commemorating various local anniversaries. The issue marks the 50th anniversaries of the Institute of Southeast Asian Studies, the Islamic Religious Council of Singapore (MUIS) and the JTC Corporation. The set was lithographed by Secura and perforated 13. Rating:- ***. 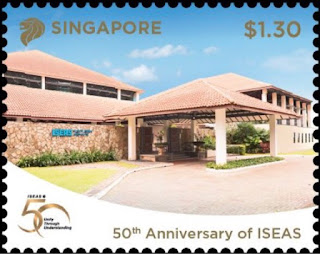 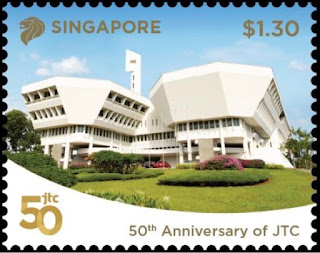 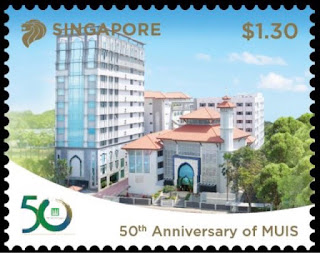 🇧🇩 The Bangladesh Post internet site is showing that it has issued only 1 stamp so far in 2018 and that is a 5p Official stamp. The small brown definitive stamp depicting Lalbag Fort has the overprint 'SERVICE' applied to it. The dare of issue was 8 March 2018. A real but not very glamorous stamp. Rating:- ***. 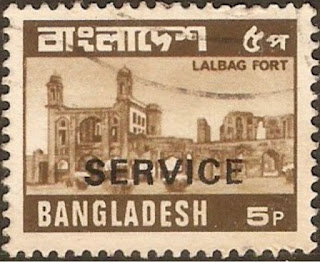 🇬🇧 Royal Mail will issue another overpriced 'Commemorative sheet' on 1 June 2018 to note the 150th anniversary of the Trades Union Congress. The sheet of 10 1st Class stamps (total face value of £6.80p) with attached labels will be sold for £15.95p but for that enormous sum you also get informative packaging and a protective sleeve! It's a good thing that these items are no longer to be issued by Royal Mail. Perhaps if they had sold them at a reasonable price they would have been more popular. Rating:- 0. 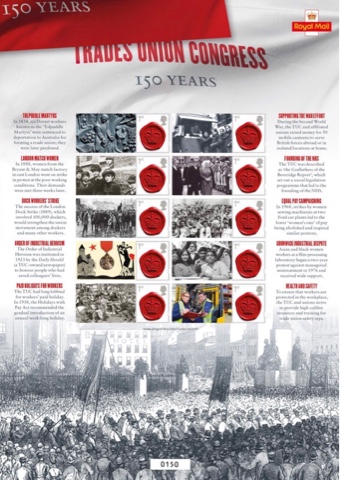