🇸🇭 Following the news of a set of 3 stamps to be issued to commemorate the wedding of the Duke and Duchess of Sussex by the Bermuda postal service which was mentioned in Blog 1227, the news website of the government of St Helena has revealed that it too is preparing to release a Royal Wedding issue.

The issue is made up of 4 stamps (modestly priced at 15p, 25p, 60p and £1) and a £1.50p miniature sheet. The issue appears to be yet another set of photographs, by now very familiar because of their usage on the stamps of other territories, with the country's name and face value inscribed on them, and nothing else more interesting than that.
The wedding was talked of as being a moment of change for the British royal family but unfortunately it is a moment of 'more of the same' for stamps commemorating royal events and anniversaries - just find a photograph, add an inscription and sell it to collectors prepared to spend their money on anything which depicts a 'royal'.
The government website states that the issue will be postmarked 19 May 2018, the date of the wedding, but that it will not be released until some time in June. So far I can find an illustration of only one of the stamps to be released:- 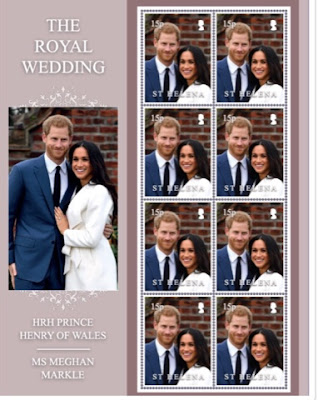 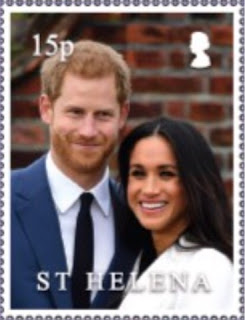 🇱🇰 Sri Lanka Post issued 3 stamps and 1 miniature sheet on 24 May 2018 on the subject of Wild animals of Sri Lanka. The issue satisfies several themes depicting as it does a mammal, a bird and a butterfly. This attractive issue was designed by P Isuru Chaturanga and printed in lithography. Rating:- ****. 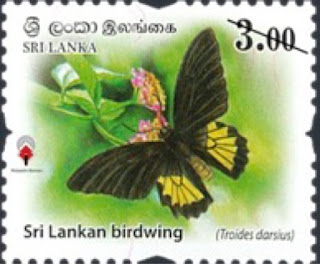 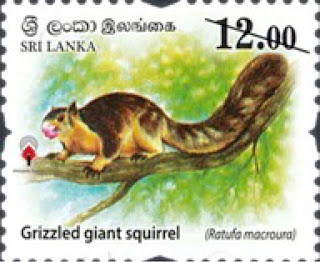 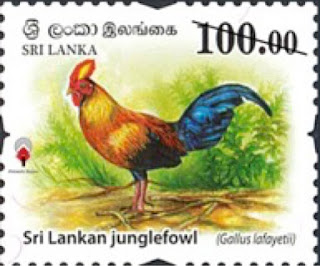 🇮🇳 India Post issued a single stamp on 25 May 2018 to commemorate the Centenary of Lions Internstional. India Post has issued stamps with extremely dull designs over the years but this must count as one of the dullest of all. Rating:- *. 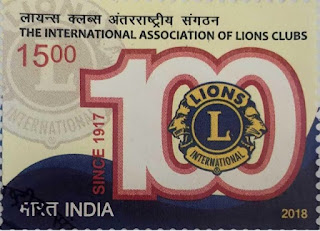