🇵🇳 The next issue from Bounty Post, the postal service of Pitcairn Islands, will be 4 stamps in a se-tenant strip with a label in the middle separating the first 2 stamps and the last two and commemorating Rosalind Amelia Young, a Pitcairner. This is the third issue in the "Prominent Pitcairners" series and is very interesting and of local interest. I do not yet know the date of issue. Rating:- *****. 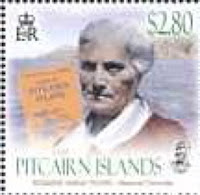 🇮🇳 Yet another issue from India Post but this time just a single stamp of low face value. The stamp commemorates the Bicentenary of the Poona Horse Regiment of the Indian Army. The stamp was issued on 11 February 2017. Rating:- ****. 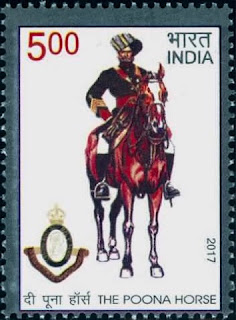 This was followed by another single stamp issue which commemorated the centenary of Ramjas College, one of the colleges of the University of Delhi. The stamp was released on 13 February 2017. This is yet another one of those type of designs which are so popular with designers of India Post stamps - a dull photograph of a rather drab-looking building. Rating:- *. 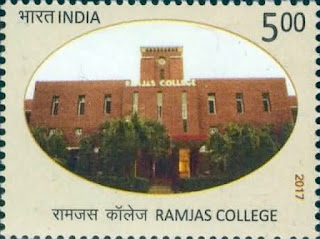 Nor has India Post failed to find additional ways to justify more stamp issues. Hence on 10 February 2017 2 "My stamps" were released in sheetlets of 12 (6 of each design) on the subject of Surajkund Mela. The sheetlets were sold at considerably higher prices than the face value justified. Pleasingly colourful stamps I suppose but lost against the background of the current flood of Indian stamp issues. Rating:- 0. 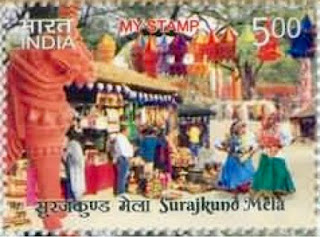 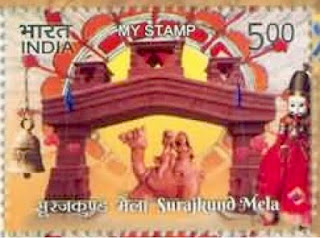 Then on 14 February 2017 another "My Stamp" was issued - this time a single stamp featuring a rose (presumably to fit in with St. Valentine's Day) - again in sheetlets of twelve and sold at considerably more than face value. This item has the additional gimmick of having a rose scent attached to it. Ho hum. Rating:- 0. 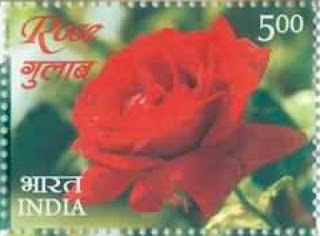 🇧🇹 Bhutan Post has released its Lunar new year set for the Year of the Rooster. In fact the issue reveals that this is the "Fire female bird Year" and is made up of a sheetlet of 12 different stamps which depict the 12 animals of the Lunar zodiac and a miniature sheet. The latter depicts a magnificent cockerel which is rather odd as this is the "Female bird Year" but this is still an interesting issue of local relevance. I do not yet know the date of issue. Rating:- ***. 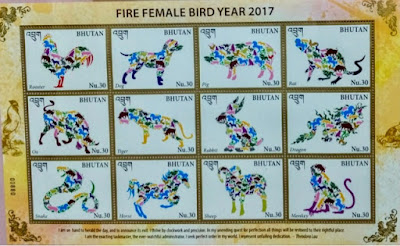 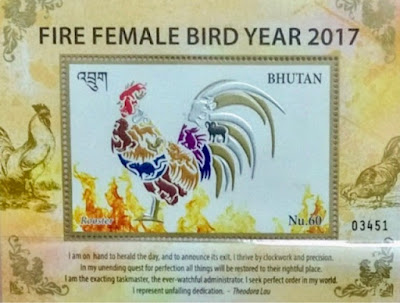 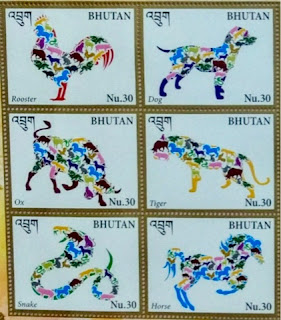 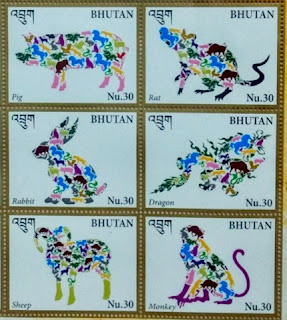