915. Fascinating Freshwater Fish From New Zealand And Birds From Tokelau. 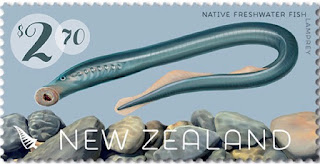 🇳🇿 New Zealand Post will issue an interesting set of 5 stamps and 1 miniature sheet on the subject of Freshwater fish. The excellent issue was designed by Stephen Fuller and lithographed by Southern Colour Print and perforated 14.5 x 14. The issue will be released on 1 March 2017. Rating:- *****. 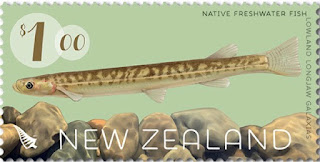 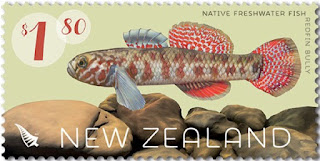 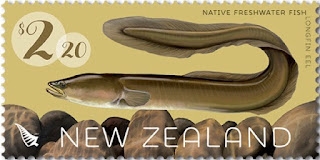 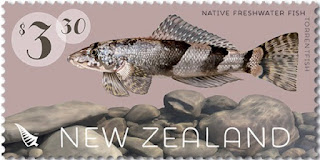 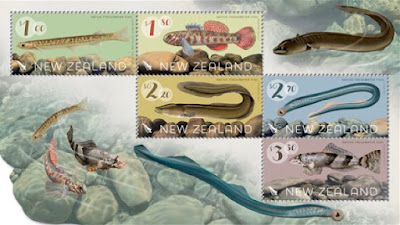 🇹🇰 New Zealand Post has also produced an excellent set of four stamps and 1 miniature sheet on behalf of the Tokelau postal service on the subject of Birds of Tokelau. The wonderful designs were prepared by Jonathan Gray and the stamps were lithographed by Southern Colour Print and perforated 14.5. The issue will be released on 1 March 2017. Rating:- *****. 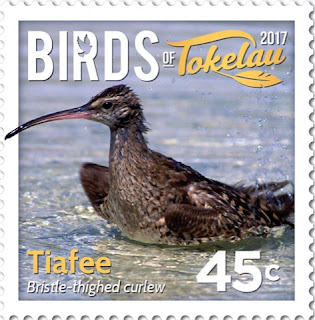 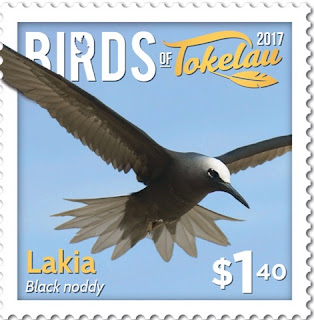 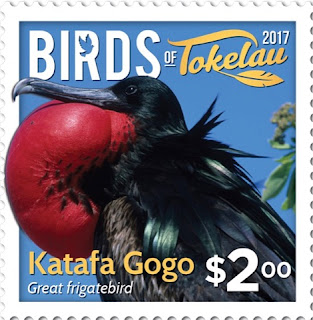 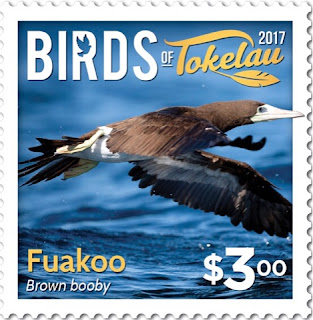 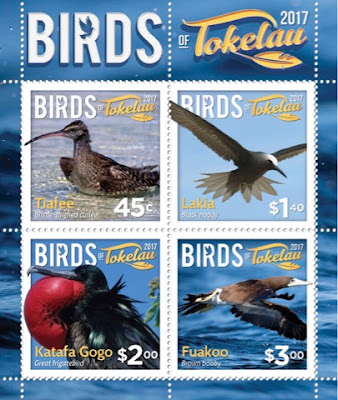 🇬🇧 Norvic Philatelic Blog reports a new twist in the ongoing Post and Go story. Post and Go kiosk M011 has been set up at the Ministry of Defence offices at Abbey Wood in Bristol as a BFPO outlet. Obviously access to the kiosk is limited for security purposes and those who do have access to the machine are certainly making the most of the opportunity.
The stamps take the form of the "Machin Head" and "Union Jack" labels without any additional inscription and therefore, for the present at least, only identifiable by the kiosk number. "Collectors strips" of 6 different values are currently being offered for sale on E Bay at £60 each (face value per strip being just £7.75p) and £35 for strips of 6 x 1st Class rate (face value £3.84p). Other sellers are slightly less greedy - £29.50p for both strips of 6 x 1st (total face value £7.78p) or £27.50p per strip of 6 different values - mark up of a mere 355%. Such greed!
It's such a pity that this situation has arisen as these BFPO "Post and Go" labels are very interesting and for them to be so inaccessible or only available at such prices precludes many collectors from adding them to their collections. I should like to see these BFPO kiosks rolled out to some more interesting locations such as the bases in the Sovereign Territory in Cyprus and even for use by military personnel in bases in places such as the British Indian Ocean Territory - now that would be very interesting.