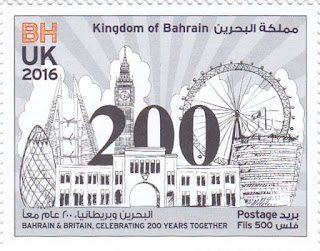 🇧🇭 In Blog 499H I covered the stamps of Bahrain during the period when Great Britain had strong treaty relations with The Emirate and the history of the 2 countries' relationship from when they agreed to The General Treaty of Peace on 15 January 1820 until Bahrain declared itself to be independent on 15 August 1971.
The stamps of Bahrain are included in the Stanley Gibbons Commonwealth Catalogue from the first issue which was released on 10 August 1933 until 1 January 1966 when the Bahrain Post Department took over the running of postal services in Bahrain from the British Post Office there. Bahrain remained a British Protected State afterwards so it seems reasonable to include issues up to the date of full independence in a general Commonwealth collection and these are detailed in Blog 499H.
The Bahrain postal service issued 2 stamps on 10 November 2016 to commemorate the Bicentenary of Bahrain's ties with The United Kingdom and I shall be adding these as a footnote to my Bahrain collection.
The issue recalls the events of the early 19th century when Bahrain was invaded by both the Omanis and the Al Sauds and in 1802, when the territory was ruled by a 12 year old child, the Omani ruler, Sayyed Sultan, installed his son, Salem, as the governor of the Arid Fort. In 1816, the ruler of Bahrain became concerned that the British would support an attack on the territory by the Imam of Muscat and he therefore wrote to the British resident in The Gulf, William Bruce, expressing his concern about possible British actions. Bruce sailed to Bahrain to reassure The Hakim that Britain had no such intentions and would remain neutral if any such conflict arose.
Following this contact with the Al-Khalifa tribe, the British recognised them as rulers of the territory and signed the General Treaty of Peace in 1820. This current issue commemorates 200 years of powerful Bahrain-United Kingdom relations and does so in an interesting and attractive way by depicting buildings of note in Britain and Bahrain. The anniversary was celebrated considerably in Bahrain with many linked events.
The issue is also notable that it emphasises just how many old friends Britain has scattered around the world and no matter how angry and vengeful European politicians may feel about the British people's choice to leave The European Union, spiteful behaviour on their part will be more than counter-balanced by Britain reaffirming its links with its old friends. Rating:- *****.
Stamps are meant to be receipts for the pre-payment of postage - if they don't fulfill that role then they are not worth having. But they also have other roles - including delivering political messages - this set is such an example. 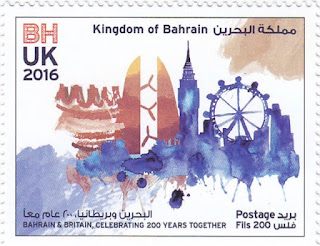 🇸🇿 I have previously mentioned the set of 5 stamps issued by the Swaziland postal service (see Blog 851) to commemorate the 36th Ordinary SADC Summit of Heads of State and Governments held in Swaziland from 22 to 31 August 2016. Below I now show much better illustrations of the issue - the emphasis of the designs is very much on the subject of "Flags". As previously noted, this was the first stamp issue to be released by Swaziland since 2013. Rating:- ****. 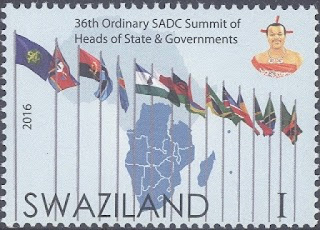 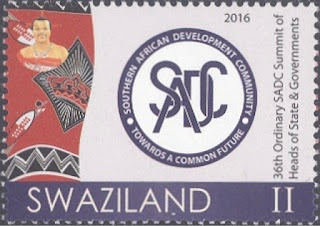 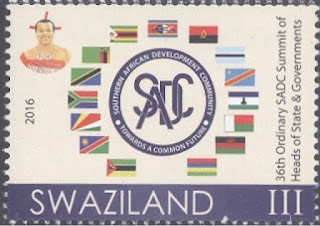 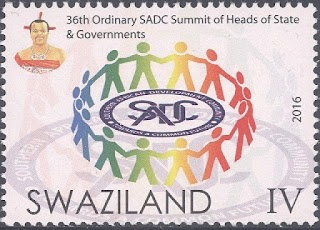 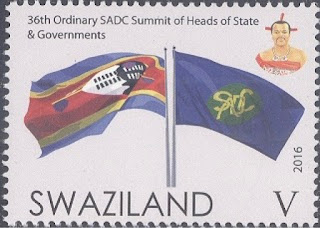 🇸🇧 How can anyone who loves collecting stamps ever fail to rejoice when news comes from Stamperija of another new issue? And so, here we are - 12 "sheetlets", each containing 4 different "stamps", and 12 "miniature sheets" from Solomon Islands almost all of which are unashamedly wholly irrelevant in subject matter to the Pacific island state. The stated date of issue was 12 December 2016.
The subjects covered by this outpouring are:- Chinese space achievements, Vincent Van Gogh, Butterfies, Mushrooms, Owls, Japanese high speed trains, Mahatma Gandhi, 90th anniversary of the death of Victor Vasnetsov, Ilya Repin, the Red Cross in Solomon Islands, Lighthouses and a Formula 1 motor racing. Rating:- 0. 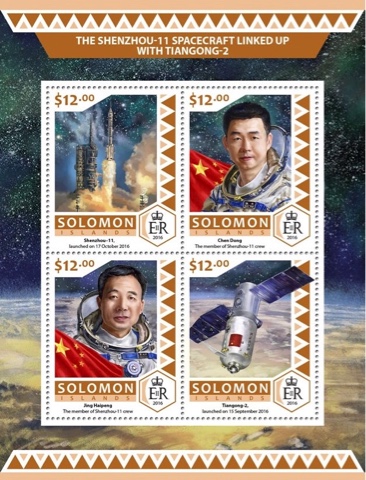 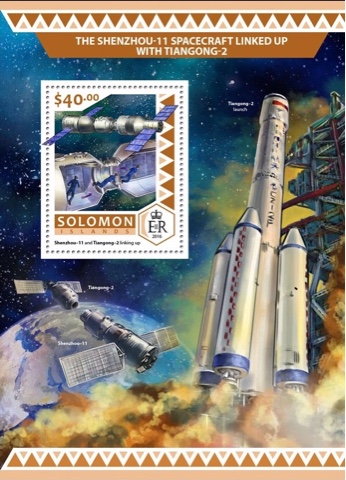 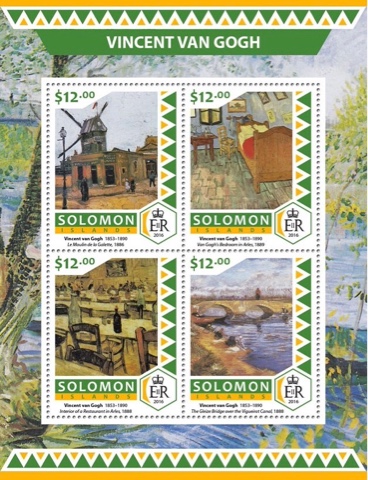 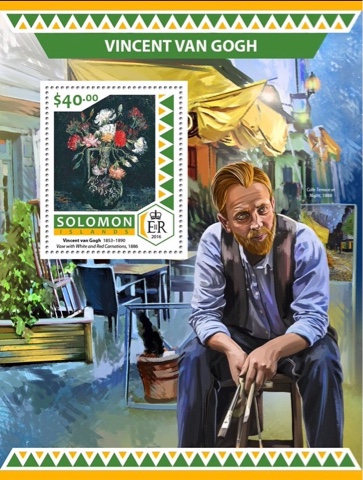 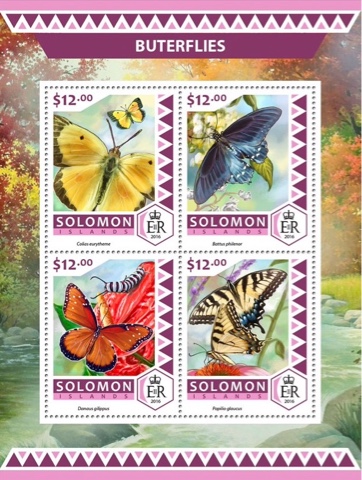 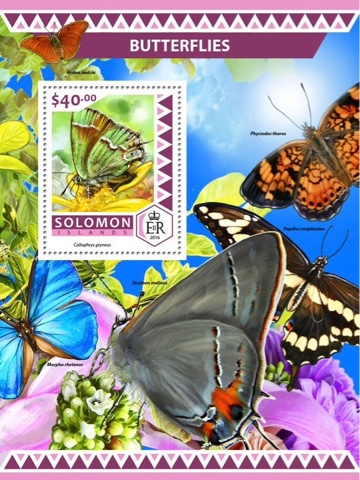 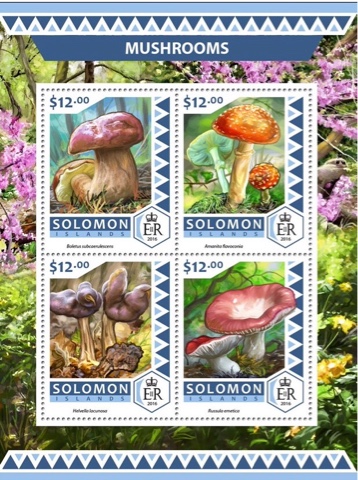 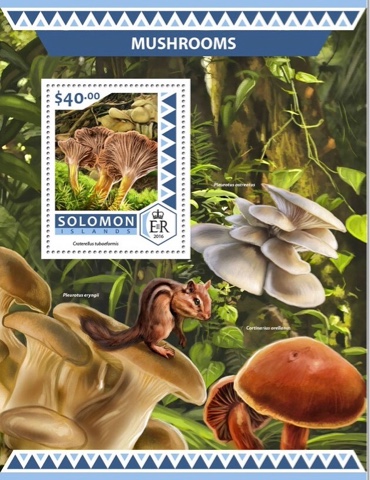 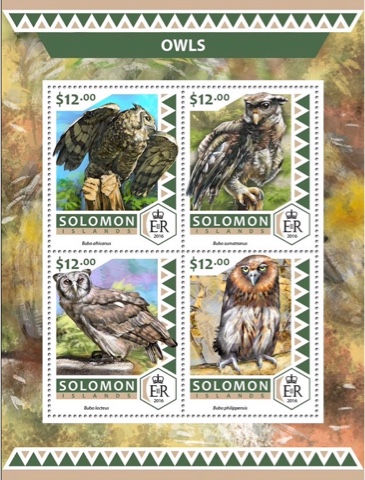 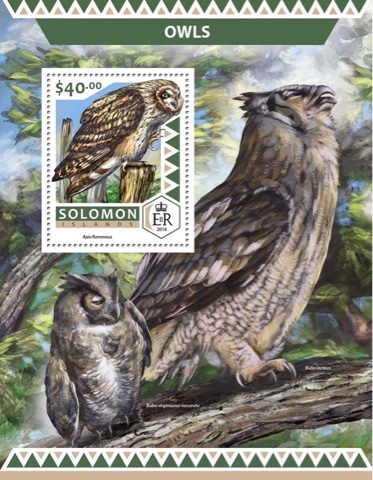 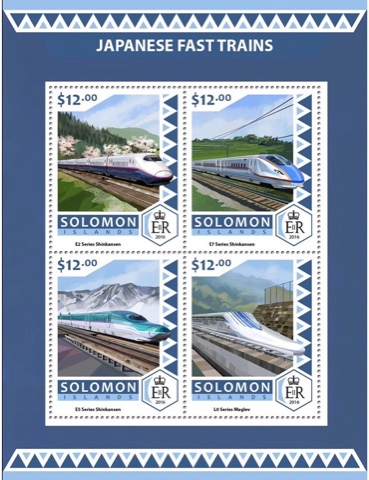 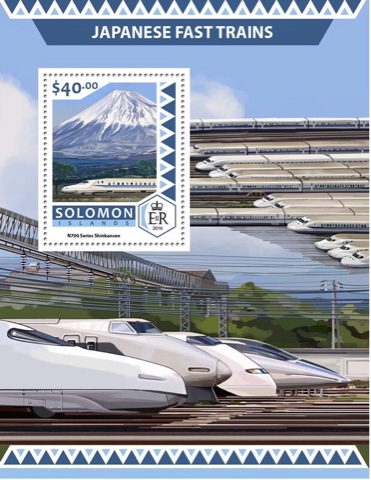 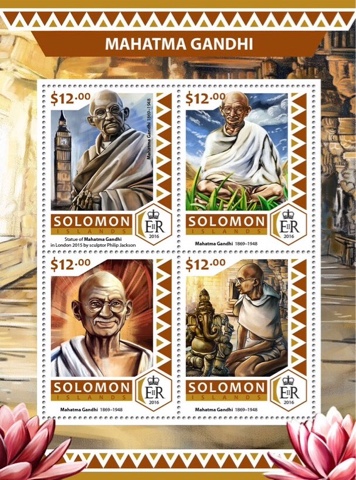 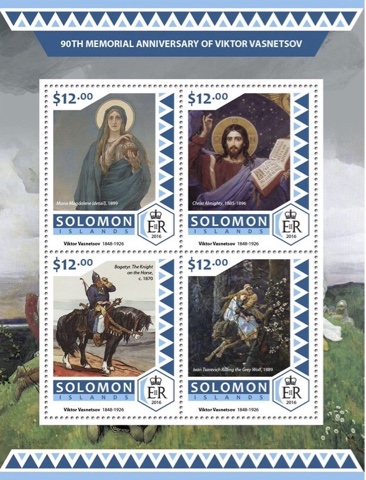 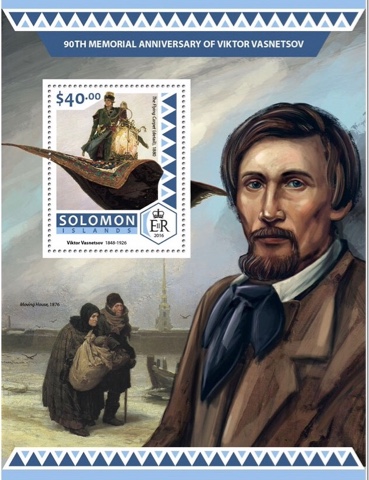 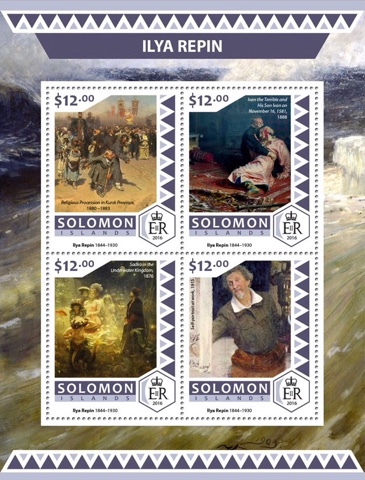 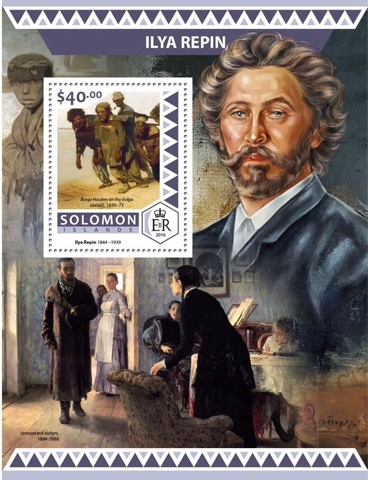 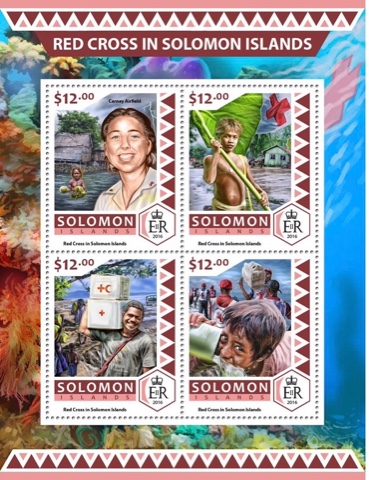 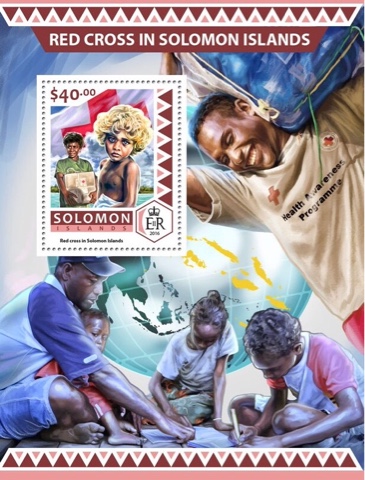 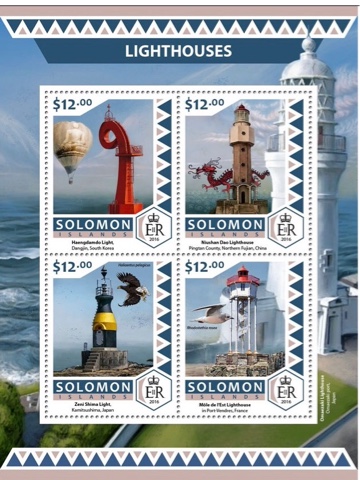 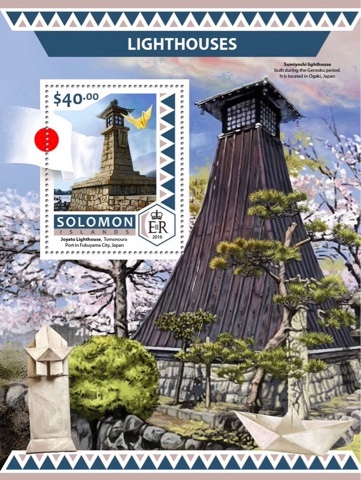 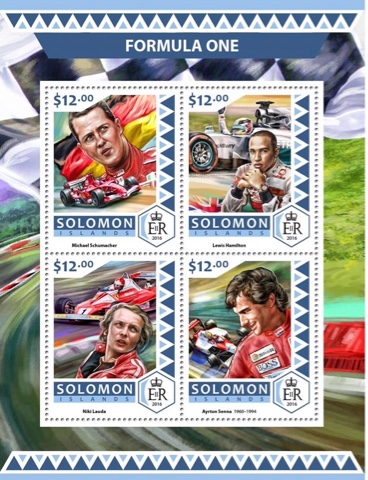 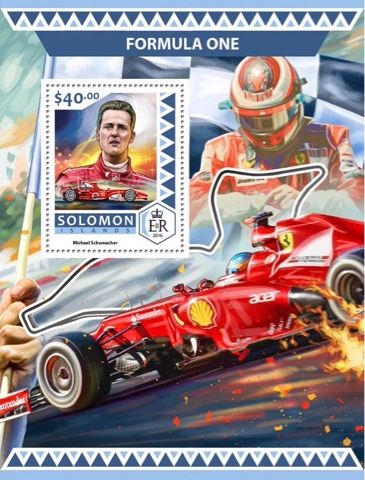