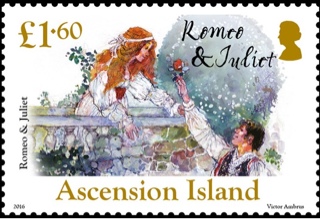 Yet another great issue from Pobjoy Stamps/Creative Direction in the form of its second issue to commemorate the 400th anniversary of the death of William Shakespeare, this time from Ascension Island. This is a truly wonderful issue with superb illustrations by Victor Ambrus featuring some of Shakespeare's greatest and most popular plays - Romeo And Juliet, Twelfth Night, Henry V and Hamlet. The issue was lithographed by BDT International and is perforated 14. The date of issue will be  8 August 2016. Rating:- ******.
I look forward to the day when many more countries put their philatelic needs in the hands of Pobjoy. As for the Romeo And Juliet stamp, wouldn't it make a wonderful design for one of those St. Valentine Day's stamps that some postal administrations issue every year? 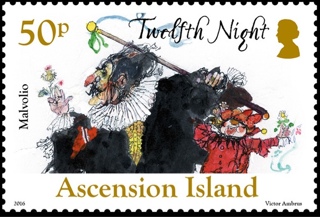 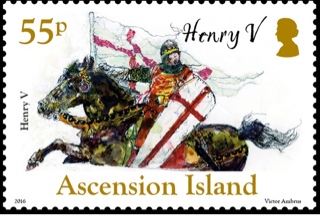 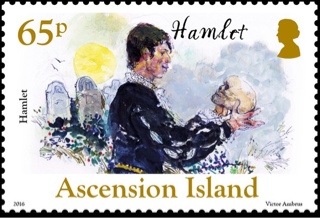 It isn't easy to come up with something original to commemorate the Olympic Games - there have been so many stamps on the subject over the years that there probably is not anything new that a designer could possibly dream up. The new Bahamas stamps from the Pobjoy stable to commemorate the Rio De Janeiro Olympic Games are therefore not terribly original but at least they are a good straightforward set of stamps unencumbered by miniature sheets, Prestige booklets, ordinary booklets, deluxe booklets, "My Stamp" stamps etc and in good, clear, comprehensible, colourful designs. The issue is due to be released on 10 August 2016. Rating:- ****. 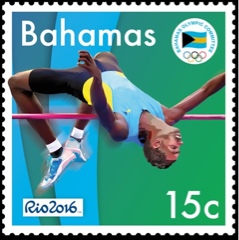 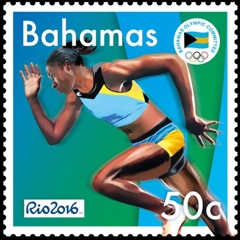 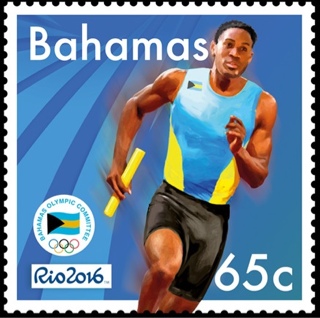 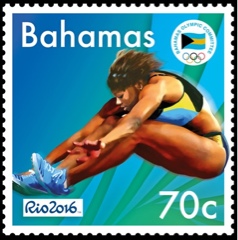 On the subject of "My stamps", India Post has issued its 17th such issue to commemorate the Centenary of the SNDT Women's University. The sheet was released on 5 July 2016. The issue was printed by the Security Printing Press, Hyderabad. There has been quite a price increase as the sheet of 12 is now being sold for Rs500 whereas previous issues have cost Rs300. Yet another splendidly dull and uninteresting issue in this tiresome ongoing series. Rating:- *. 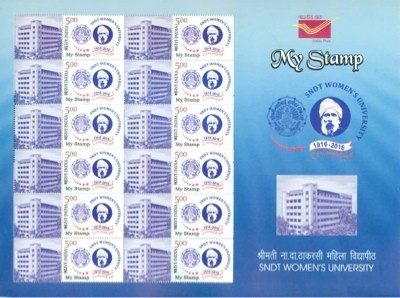 Sri Lanka Post issued a single stamp on 18 July 2016 to commemorate the late Deshamanya Chitresena, an important performer of traditional Kandyan dance. The stamp was designed by Ms. Wasthmi de Zoysa and printed in lithography. Rating:- * 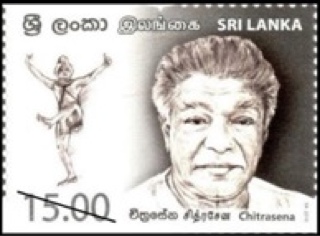