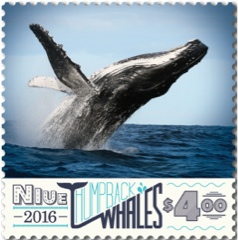 The postal service of Niue will issue an excellent set of 4 stamps and 1 miniature sheet on 3 August 2016 on the subject of Humpback whales. The issue was designed by Jonathan Gray and lithographed by Collectables and Solutions Centre, Whanganui and perforated 14.5. Rating:- *****. 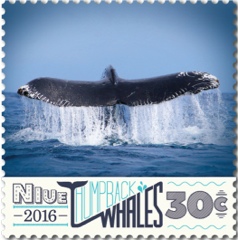 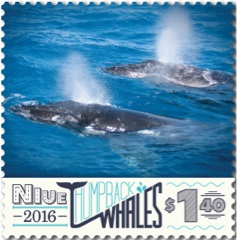 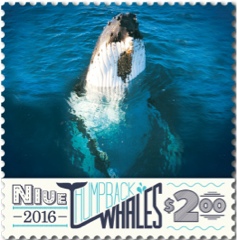 Also to be issued on 3 July 2016 is a set of 4 stamps and 1 miniature sheet from the Tokelau postal administration on the subject of the new Samoa to Tokelau ferry, MV Mataliki, which is vital to the islands as there is no air service to Tokelau and therefore a ship which any one of the 1400 Tokelauns must use if they wish to travel abroad. The issue was designed by Hannah Stancliffe-White and lithographed by Collectables and Solutions Centre Whanganui and perforated 14.5. Rating:- *****. 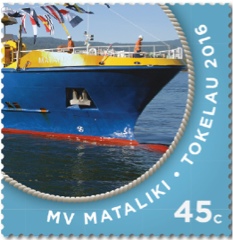 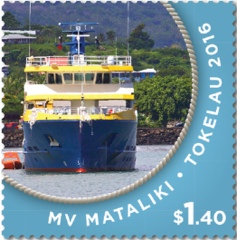 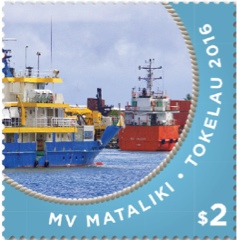 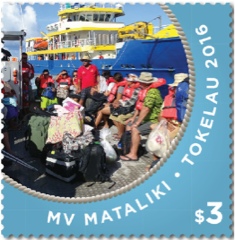 I have just obtained from the dealer Nigel Haworth three of the surcharged stamps issued by Papua New Guinea Post in 2014 and 2015. In his newsletter Nigel Haworth points out that a total of 35 different stamps were surcharged and only 500 of each were released. Not surprisingly these stamps are not cheap but it's pleasing to have a representative number of them. Some of these stamps have been offered for sale previously by Stephen Zirinsky (see Blog 750) - the K25 on K4.65c 2010 Orchids stamp and the K25 on K6.30 2010 Beche De Mer stamp but I think that the K25 on K6.30 2010 Orchids stamp had not featured in his list up to now. This means that we have now detailed here 15 of the 35 stamps which make up this issue. I fear that this is one issue that I will never have in its completeness or even its near-completeness.
Post scriptum - I have made an error above in that only 19 of the 35 stamps were surcharges while the remainder were new items with face values which made up stamps of the old postal rates to the new pstage rate (see Blog 791). 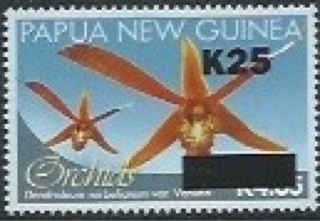 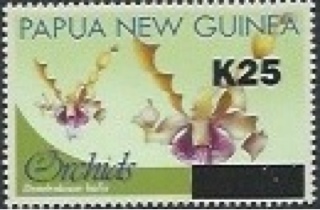 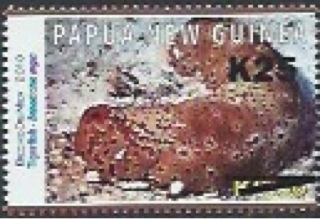 I have also recently obtained an unused example of the ECOWAS stamp issued on 17 December 2016 by NiPost which I mentioned in Blog 754. I had thought that the single stamp had been accompanied by a miniature sheet but in fact the accompanying item is printed on hard card and is being called a "proof". An interesting issue. I have not yet seen the issues from Sierra Leone and Ghana being offered for sale. 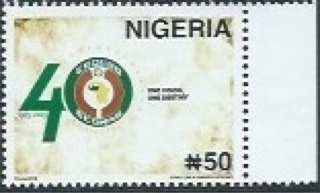 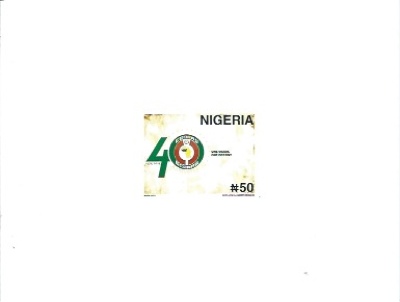