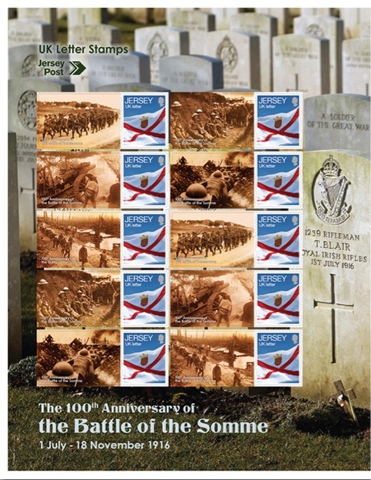 A "Commemorative sheet" marking the Centenary of the Battle of The Somme was released by Jersey Post on 1 July 2016 and sold for £16. The sheet is made up of 20 "Jersey Flag" greetings stamps and 20 labels and has borders which depict graves of the fallen soldiers of the battle. The most prominent gravestone depicted has the name of a rifleman of the Royal Irish Rifles inscribed on it - it is placed on the sheet to be clearly readable - the rifleman's name is T. Blair, a name shared with a former British prime minister who has experienced enormous criticism over the last week after the publication of the Chilcott Report of the investigation of the Iraq War of 2003.
One can not help but wonder if the prominent depiction of this particular gravestone is entirely coincidental or if the designer of the item was trying to make a deliberate point about the terrible and tragic loss of life not only at The Somme but in also in Iraq. I wonder if anyone at Jersey Post has actually noticed this feature of the design. 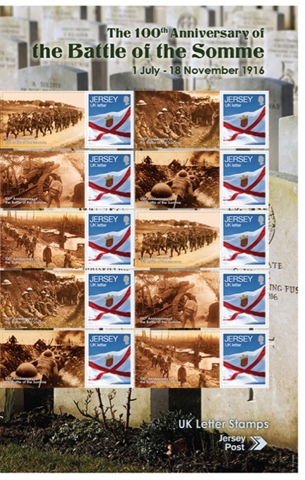 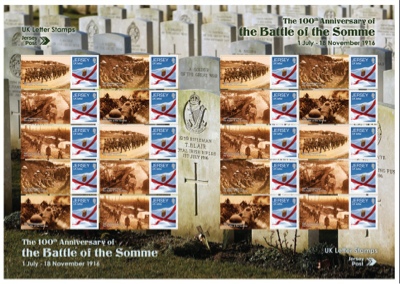 When one thinks of "Sports" stamps one hardly expects to see them coming from the post office in South Georgia And The South Sandwich Islands - well, perhaps you might expect stamps depicting Reindeer racing or elephant seal wrestling - but the ever-excellent Pobjoy Stamps/Creative Direction has come up with a very clever, original and interesting set, as the start of the Rio Olympic Games approaches.
When Sir Arnold Hodson, the Governor of The Falkland Islands Dependencies, visited South Georgia in August 1928 he opened what was called "The First Olympiad in the Antarctic" on Grytviken football pitch, a competition involving the 5 whaling stations from Grytviken, Port Leith, Stromness, Prince Olav Harbour and Husvik.
The Antarctic Olympiad started with an opening ceremony with the participating teams parading around the pitch flying the flags of their respective stations. As well as athletics events, the Games included 4 football matches and at the end of the day of sport, the Governor awarded 2 silver cups. The Games became an annual event on the island.
Winter sports began on the island in 1913 and rifle shooting sports began there during World War 2. There was a hard tennis court at King Edward Point. Inter-station sports continued until 1961-2 and football matches continued to be arranged against teams from visiting ships.
When the island's administration was taken over by the British Antarctic Survey in 1970 new sports were introduced subsequently including badminton and cricket.
The issue, to be released on 1 August 2016, was designed by Robert Burton from photographs by John Alexander and printed in lithography by Cartor and perforated 13.5. A fascinating issue - rating:- *****.

Nam Post, the postal service of Namibia, issued 5 beautiful stamps on 7 July 2016 on the subject of Herons and egrets of Namibia. Rating:- *****.

Canada Post issued another lovely set of Bird stamps (5 self-adhesive stamps and 1 miniature sheet) on 12 July 2016 as previously mentioned in Blog 771. I now illustrate the set with the miniature sheet. Rating:- *****. 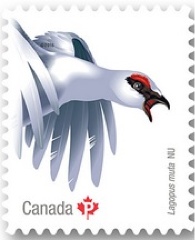 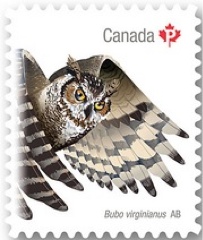 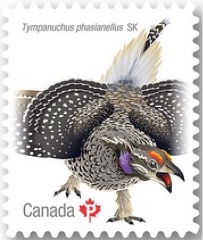 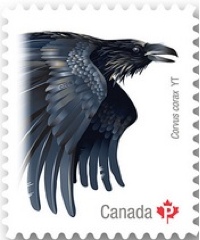 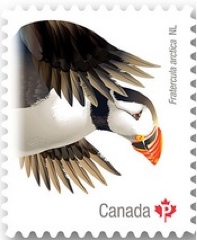 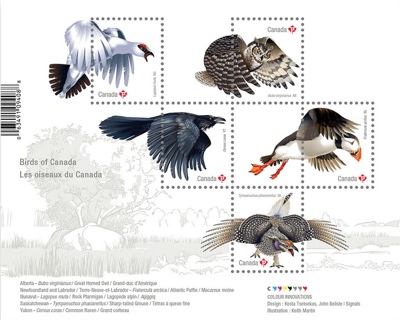 A flood of issues from Guernsey Post (sometimes one thinks that so many stamps and related philatelic products are released by the little Channel Islands that world paper supplies must have been run down completely by them):-

14 July 2016 - Postcrossing - 2 stamps. Designed by Sue Hamon and lithographed by Lowe-Martin, perforated 13.5. Useful, I suppose, for postcrossers, but a neologism, I regret to say, that I sometimes confuse with "cross dressers"! Not that I have indulged in either. Rating:- **. 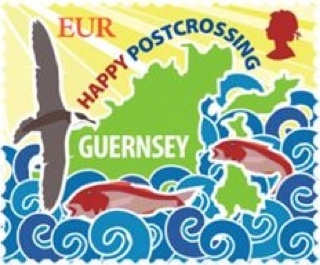 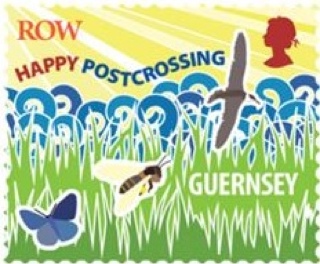 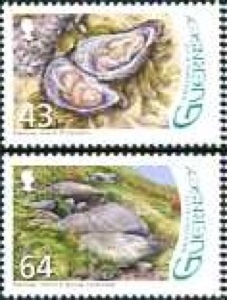 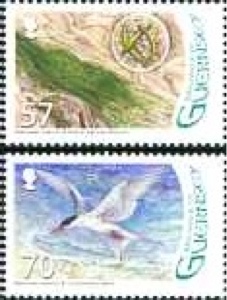 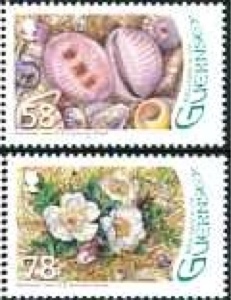 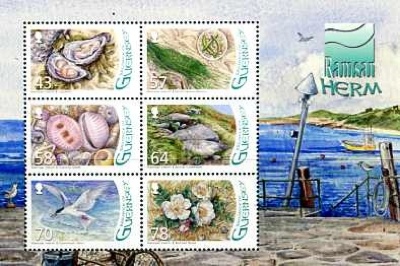 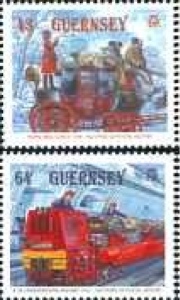 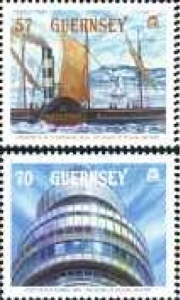 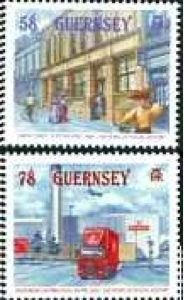 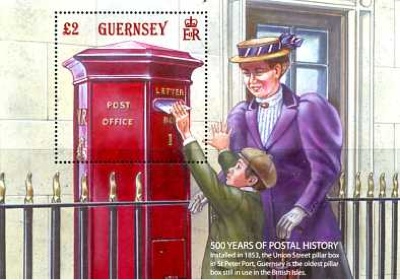 The infrequent issues from Mauritius Post continue to be rather dull and uninteresting as so many of them have been for the last few years. Three of the current definitive series, the admittedly attractive Flowers stamps, have been reprinted with a "2016" date imprint in the lower border and a single stamp was launched by the Secretary General of The United Nations on his visit to Mauritius on 9 June 2016 on the subject of Sustainable Development. The latter is a highly unimaginative design of lettering placed on a white background and nothing more. Ho hum. Rating:- **. 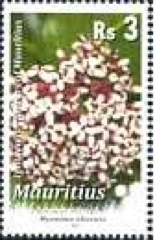 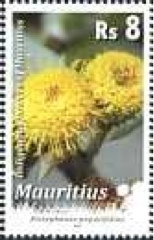 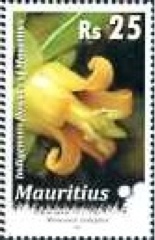 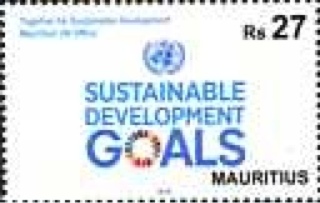 Back to the appallingly prolific Jersey Post which is where we began. The Centenary of the First World War will be commemorated further by the issue of some excellent stamps on 4 August 2016 on the subject of Battles of The First World War and is made up of 6 stamps (face value £4.38p), and 2 miniature sheets (total cost £6.38p). A worthy subject, designed beautifully by Chris Wormell and printed in lithography. Rating:- *****. 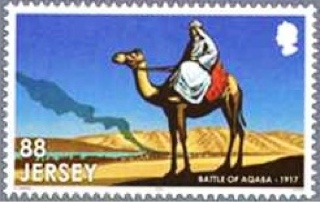 Jersey Post also issued another one of those tiresome and expensive "Collectors sheets" (£16) on 22 June 2016 on the subject of the holding of the Bloch Dance World Cup in Jersey. As with the above mentioned Battle of The Somme sheet there are 20 stamps with 20 attached labels and, as far as I can see, nothing controversial in the margins. Rating:- 0. 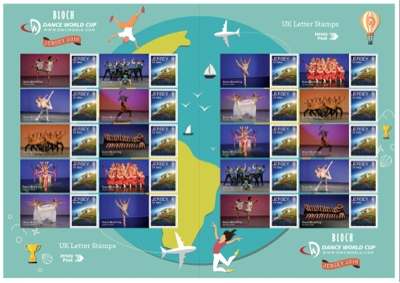 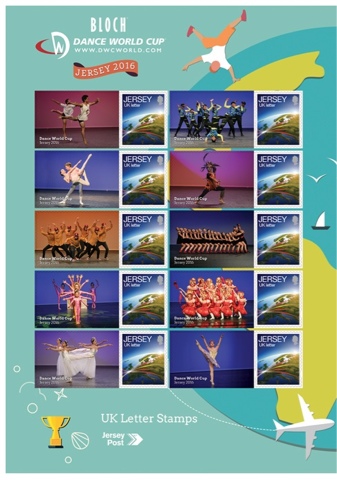 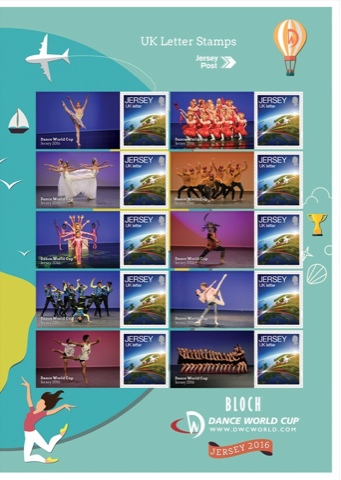