Intelligent A R has announced that even more Royal Mail Post And Go labels are due for release in the next few days. Kiosk A009 will be dispensing labels for a single day on 18 June 2016 at an event at Guildhall Yard which will commemorate the alleged 500th anniversary of Royal Mail. It is intended that "Machin Head" labels with an additional inscription "500 Years of Royal Mail" will be dispensed (this will be the first time that the Machin Head labels have had that particular inscription thus creating a new "Collectors strip" of 6 new labels which will clearly having extremely limited availibility). Rating:- 0.
In Blog 771 I mentioned that I was surprised that no dealers had been offering "Post And Go" labels from the Royal Gibraltar Post Office on Internet auction sites which were dispensed at the New York 2016 philatelic exhibition and wondered if the Gibraltar kiosk had actually made it to New York. Well, it did.
Kiosk GI01 was indeed dispensing labels at New York - in two designs - the Year of the Monkey design and the brand new "Gibraltar Ape" - with the additional inscription, "World Stamp/Show NY2016" from 28 May 2016 in 5 different values. This therefore represented the first usage of the new Gibraltar labels/stamps. The "Gibraltar Ape" design additionally was dispensed with and without the additional exhibition inscription hence giving us a total of 15 new labels.
But it doesn't end there, subsequently the new "Gibraltar Ape" design was dispensed from the kiosks situated in Gibraltar itself from 6 June 2016 but, of course, without the additional World Stamp Show inscription but with location identifying inscription instead so that these local stamps have either "Main Post Office" or "Parcel Office" printed on them giving us a total of 23 new labels/stamps.
The "Gibraltar ape" design seems to me to be a rather undignified portrayal of the creature since the illustration features 2 apes, one of which is grooming the other searching for fleas. Couldn't a more noble portrait of an ape have been found to use on these labels? Or is the design allegorical of the Gibraltar Philatelic Bureau searching around for customers which are represented by the tasty fleas - tasty in the sense that they always have some money to hand over to buy yet another one of their unending products. Rating:- **. 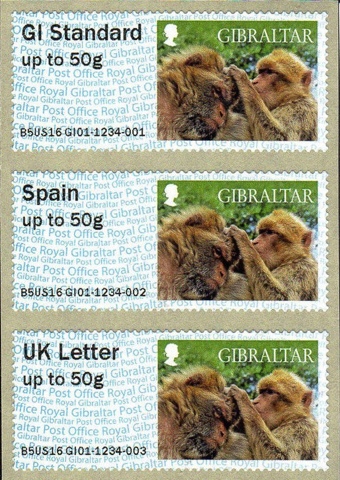 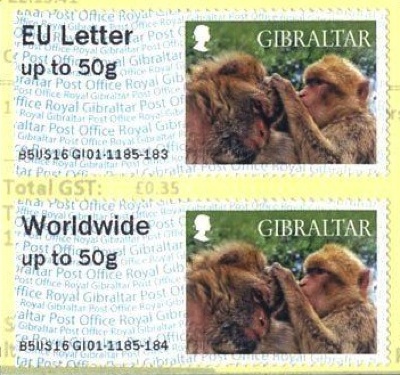 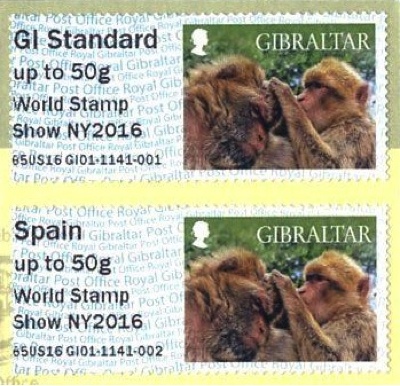 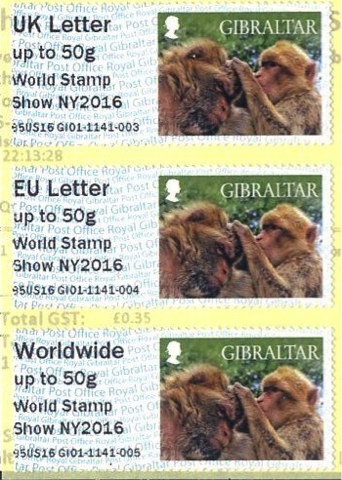 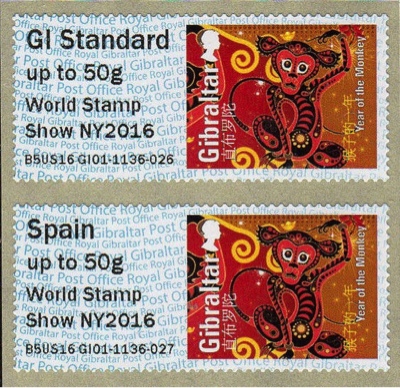 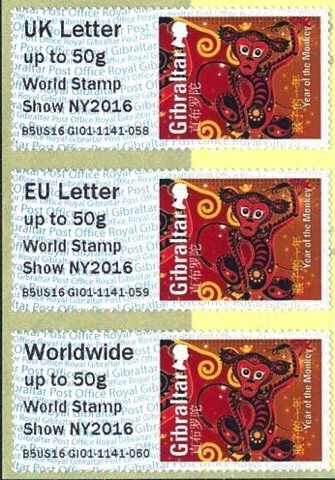 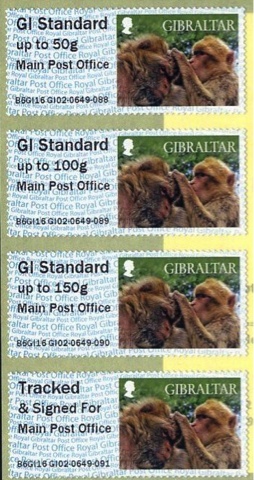 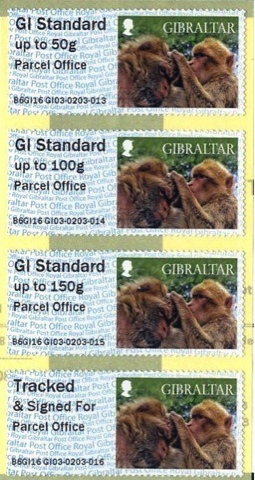 Australia Post will issue a set of 5 stamps and 1 miniature sheet on 21 June 2016 to commemorate the work of the Australian photographer, James Francis Hurley or Frank Hurley as he was known, who look part in the British Imperial Trans-Antarctic Expedition from 1914 to 1916. Hurley took many notable photographs while on the expedition. This issue is inscribed "Australian Antarctic Territory" and was designed by Sonia Young and lithographed by RA Print and perforated 14.5 x 14. The total cost of the issue is $18. Rating:- ***. 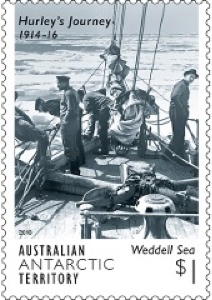 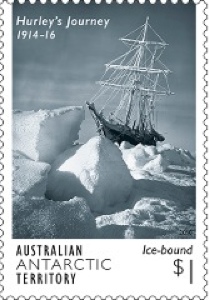 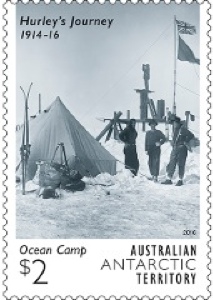 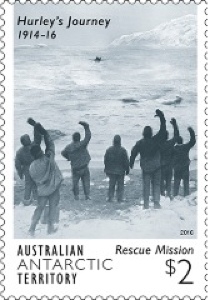 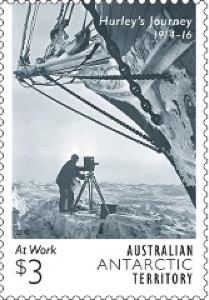 India Post issued a single stamp on 10 June 2016 to commemorate the centenary of Tata Power. Rating:- ** 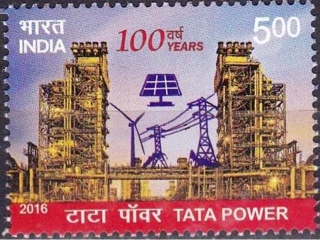 An Internet auction site dealer is offering the following new IGPC products for sale although the agency itself has not yet advertised them on its website.
Antigua And Barbuda - 25 May 2016 - Reptiles (but not necessarily of Antigua And Barbuda) 2 sheetlets, 1 of 6 different stamps and 1 of 4 plus a single-stamp miniature sheet. Rating:- 0. 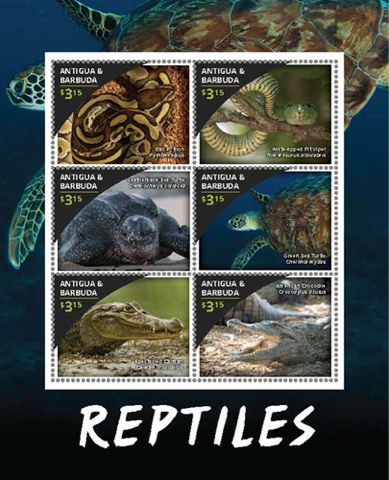 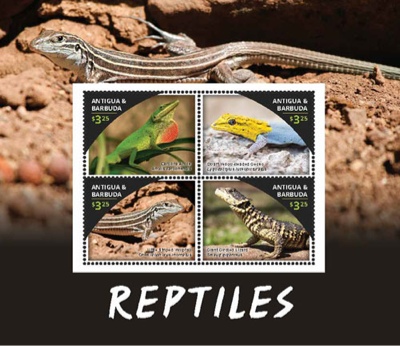 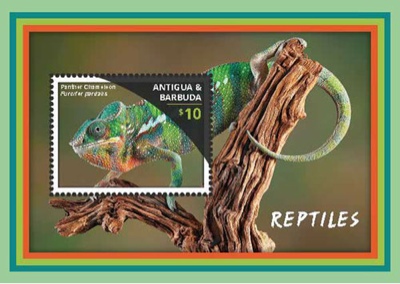 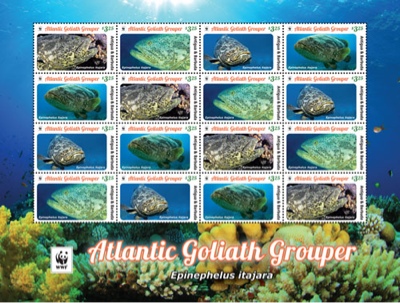 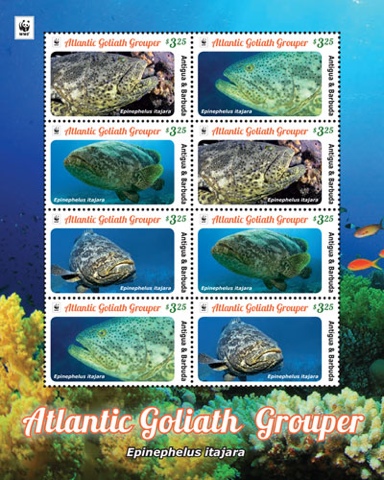 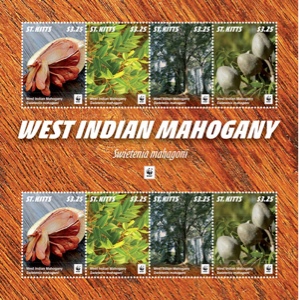 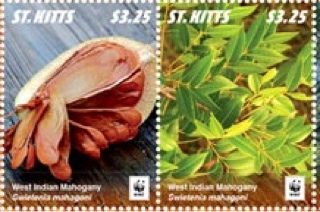 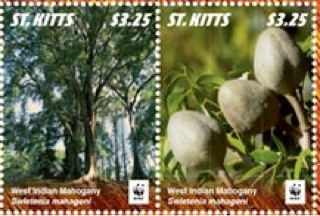 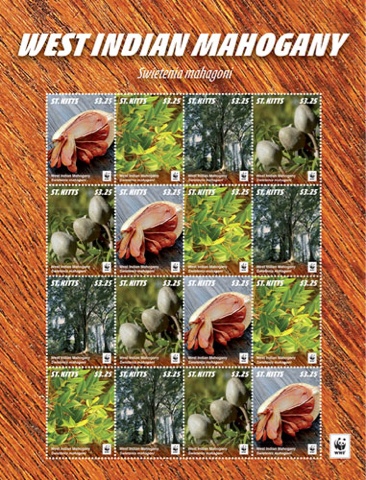 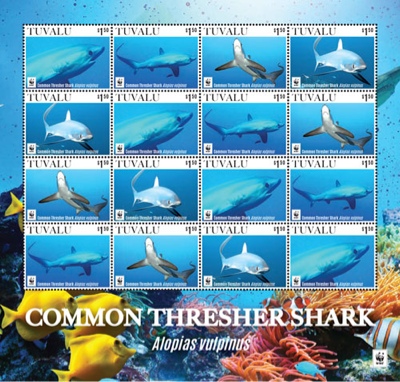 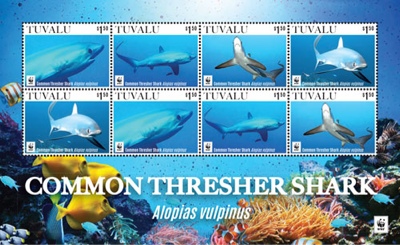