🇺🇸 The US philatelic agency, Philatelic Collector Inc, is up to its old tricks again and has released another round of tiresome and vastly expensive sets of 4 stamps with accompanying miniature sheets, one as usual containing the 4 stamps and the second containing 2 sets, on the subject of wildlife of the world. Featured species are not necessarily to be found in or in the seas around the territories whose names are printed on the stamps.

As usual it has managed to release philatelic products for 6 philatelic entities though the stamps are for just 2 postal services - those of Tonga and Cook Islands.

For Tonga and Niuafo’ou Tonga the issued stamps depict Butterflies of the World and come in 2 sets both containing 4 stamps and 2 miniature sheets as mentioned above.

These stamps are similar to previous issues from these philatelic entities and there is no point in wasting time illustrating these latest emissions though I publish a couple of illustrations just to remind readers of the overall style of these products:- 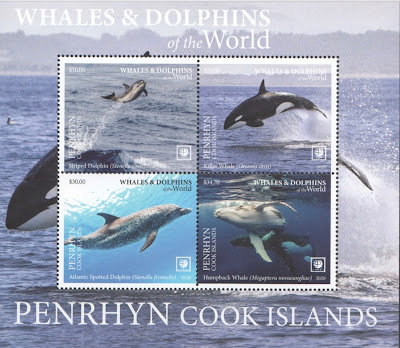 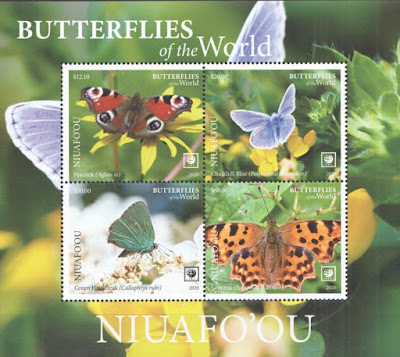 I note that while Philatelic Collector Inc has been producing this material there has been no announcement that there is to be a philatelic commemoration of Tonga’s 50th anniversary of Independence.

Needless to say all the above are rated a big expensive 0. Who buys this stuff?

🇺🇬 The issue by Posta Uganda mentioned in the previous Blog which commemorates the Kabaka’s 65th Birthday appears to consist of just 2 stamps as illustrated below. The stamps were sold to the public from 17 December 2020. Rating:- ****. 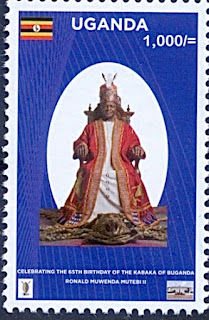 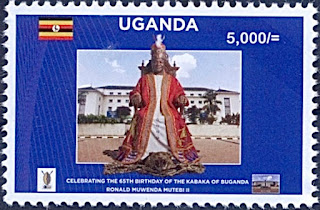 🇲🇿 In Blogs 1762 and 1767 I mentioned a stamp and a miniature sheet issued by the postal service of Mozambique to commemorate International Day of Family Remittances. Whether or not this has been actually sold to the mail-sending public of Mozambique I know not. It’s worth noting that a similar issue has been produced for almost all the Stamperija client territories so make of that what you will. It now emerges that the issue is made up of 1 stamp (sold so far in sheetlets of 9) and 2 miniature sheets, the sheets varying because they have different emblems on them. For the moment I am very suspicious about their provenance and will hold off buying them. 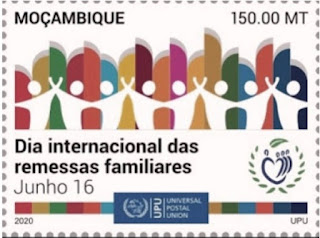 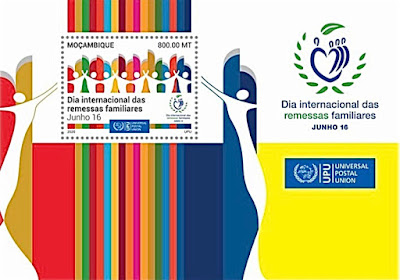 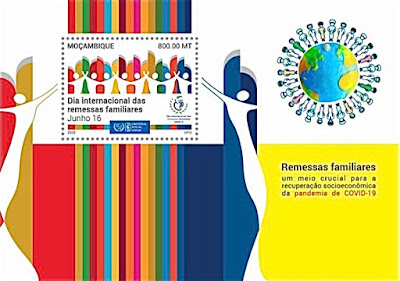