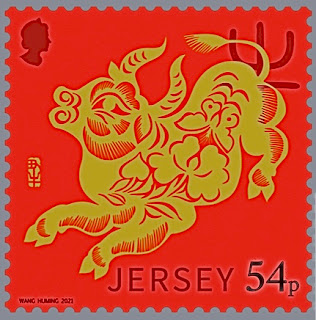 🇯🇪 As another year draws to a close the number of Chinese New Year stamp issues from countries which have no real reason to issue stamps on the subject continues to increase. Now Jersey Post has revealed the designs of its issue, due for release on 5 January 2021, which continues a series which seems to have been going on well back into the mists of the distance past. The issue which is made up of a single, admittedly low face value stamp, and a miniature sheet containing a single stamp was designed by Wang Huming with printing in lithography (with metallic gold and varnish for the miniature sheet). This year ofcourse the set commemorates the Year of The Ox. Rating:- 0. 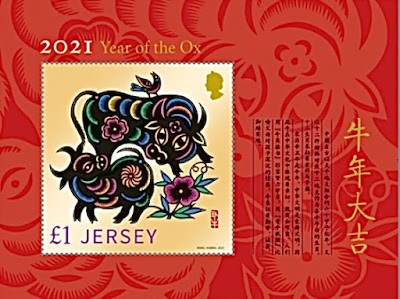 🇬🇬 Not to be outdone by its neighbouring postal service Guernsey Post has announced that it too will release a Year of The Ox issue, this time even more extravagant - 6 stamps and 1 miniature sheet containing all 6 stamps. The issue was designed by Chrisy Lau and will be released on 26 January 2021. Rating:- 0. 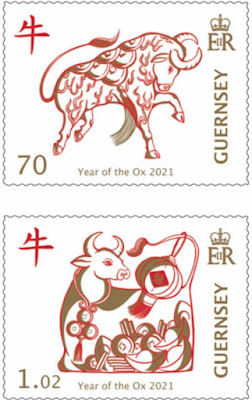 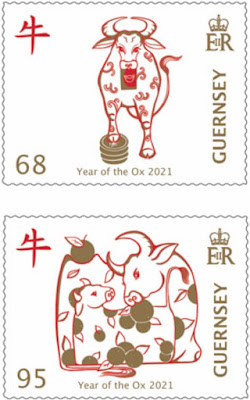 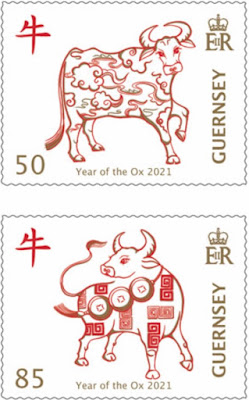 Collectors will be delighted to know that Guernsey Post will release no fewer than 6 issues in the first 2 months of 2021 - the issues are summarised thus:-