The British stamp dealer/agent, Harry Allen, has distributed its latest list of new stamps from various of its client territories and the list includes a number of items from various Commonwealth postal administrations:-

🇧🇧 Barbados - 1 March 2020 - ‘Builders of Barbados’ definitive series - 1 value (not stated which value nor if it differs from the original 2016 printing in any way). 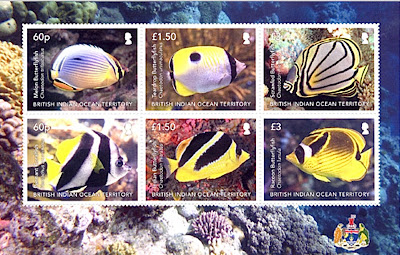 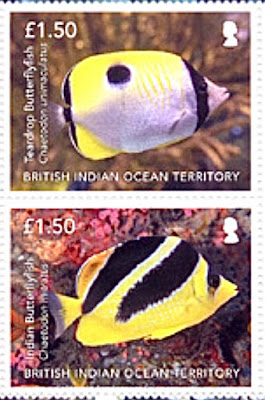 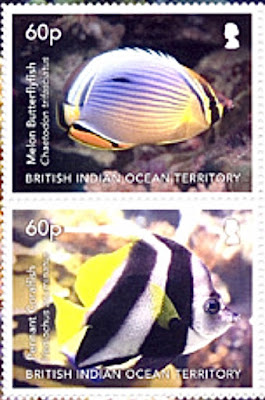 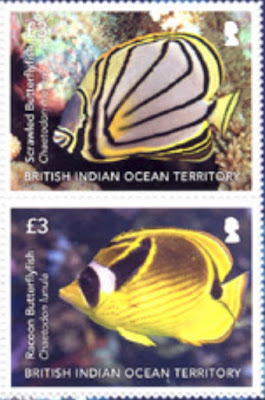 🇰🇾 Cayman Islands - 18 November 2020 - New definitive series, the Botanic Park - 12 values (which Harry Allen is selling to the trade for £55.69p), 3 self-adhesive stamps each from a different booklet (25c, 75c and 80c) sold for £21.14p (which I suppose must be the price of the 3 booklets rather than the individual stamps though the price list does quote that price both for a set of 3 or for the set of 3 booklets) and a $2 miniature sheet costing ££2.36p. No illustrations yet available.

So, some Christmas joy there for somebody.

🇵🇳 In response to a question I raised with Tower Mint, Kerry O’Sullivan has been kind enough to respond about the future of the stamps of Pitcairn Islands. She states, “The Pitcairn Stamps programme is still in development due to delays owing to the COVID-19 crisis. Advice will be available via our website next year with regards to Pitcairn stamp issues and distribution”.

🇬🇧 While so many new stamp issues put out by Royal Mail are just tiresome and horribly expensive there are still a few little free pleasures to be derived from keeping an eye on what the company is up to. In the last few days the organisation has presented to the British public, 4 more of its amusing commemorative post boxes, this time for Christmas 2020. As usual they have appeared in locations in all four of the nations of the United Kingdom - in Brighton in England, in Bangor in Northern Ireland, in Wrexham in Wales and in Aberdeen in Scotland.

The Brighton postbox is located off Churchill Square and is the only one of the four to be a parcel posting box rather than for ordinary letters. 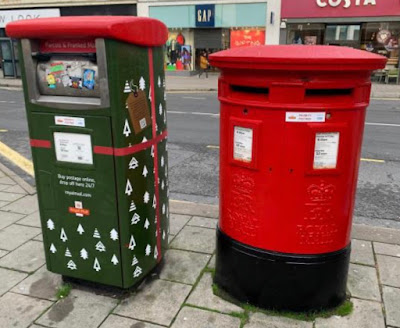 The Northern Ireland postbox is located “outside the YMCA” in High Street. Prior to Royal Mail’s announcement about the decoration of the these postboxes the local newspaper in Bangor ran a story about confusion in the local public when they discovered that the postbox had been painted green without any explanation and before the Christmas messages and Christmas trees had been added to them. 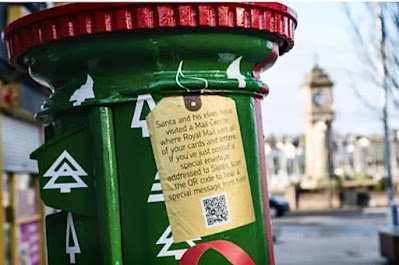 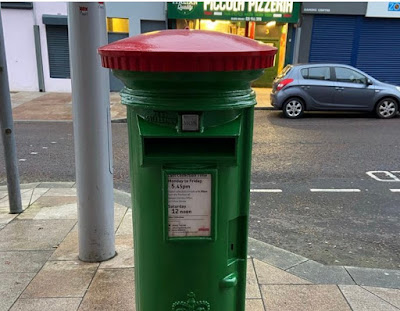 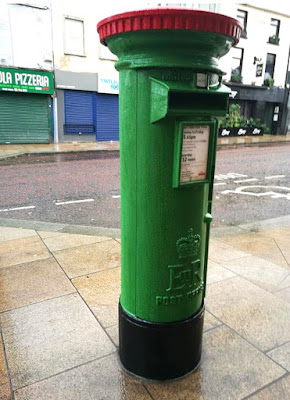 The Wrexham postbox is located outside the Natwest bank in Lord Street. A local newspaper ran a story about the postbox but included a stock photograph which appeared to show the Bangor postbox so I have no illlustration of the Wrexham box.

The Aberdeen postbox is located outside the Clydesdale bank in Union Street and I again have not been able to find a photograph which shows the actual postbox but the box in its predecorated state is shown below:-

The postbox decorations include a QR code which can be scanned so that people posting items can view a message from Father Christmas on their mobile phones. 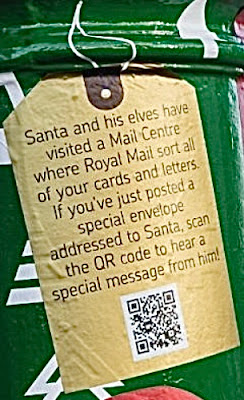