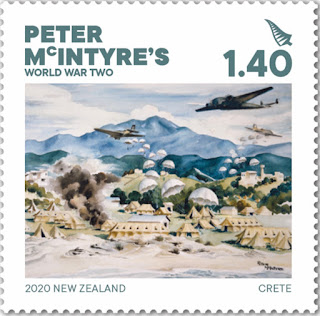 🇳🇿 New Zealand Post will issue an excellent set of 4 stamps and 1 miniature sheet containing all 4 stamps on 5 August 2020 depicting paintings by the New Zealand artist Peter McIntyre painted during his experiences in Crete and North Africa during the Second World War. This issue ties in with the 75th anniversary of the end of The Second World War and was designed by Nicky Dyer and lithographed by Southern Colour Print and perforated 14.5. Rating:- *****. 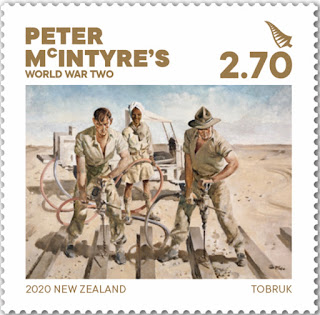 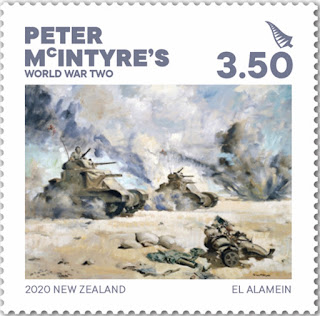 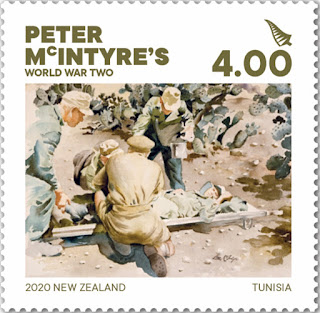 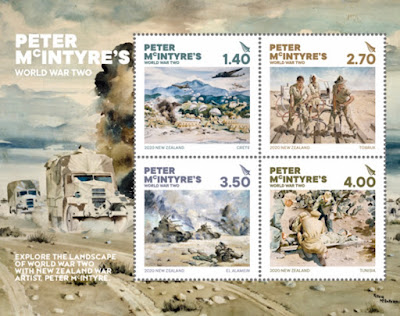 🇿🇼 Depicted below are better illustrations of the set of 4 stamps and 1 miniature sheet issued by Zim Post, the postal service of Zimbabwe, than were shown in Blog 1695 where the set commemorating the Centenary of aviation in Zimbabwe released on 5 March 2020 was first mentioned. 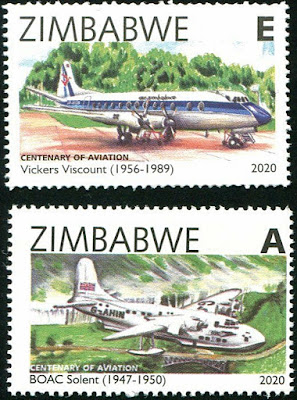 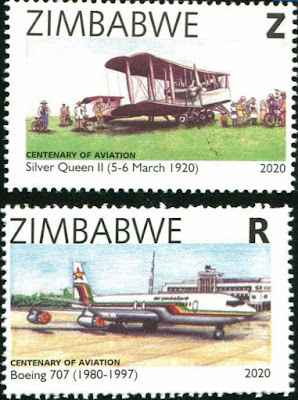 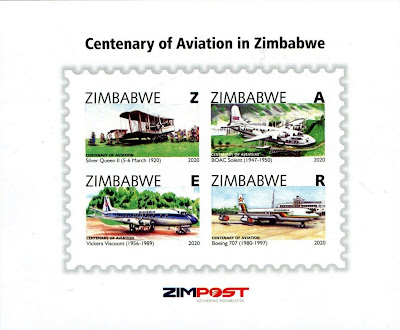 🇬🇧 My local postbox which dates back to the reign of King Edward VII (1901-1910) has been given a new role in its long and dutiful life. It has been designated as a Priority Postbox which means that it is a postbox from which completed COVID-19 test kit specimens are to be collected. The new role is indicated to the public who usually use it for posting their ordinary mail by a strip of tape reading ‘PRIORITY POSTBOX’ being applied to it. The Royal Mail website explains the use of the postboxes and how the customer may identify them - there are 4 different types of tape in use, a different one for each country of The United Kingdom. 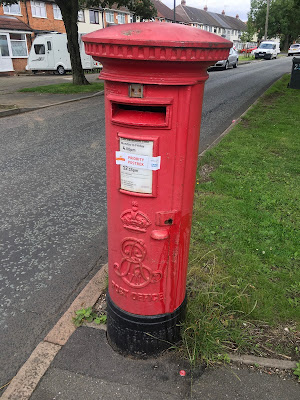 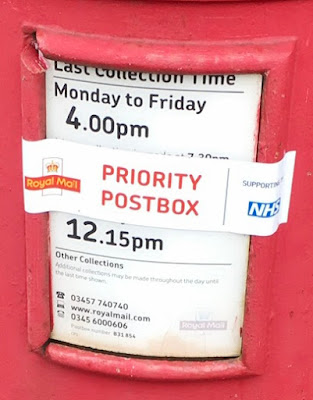 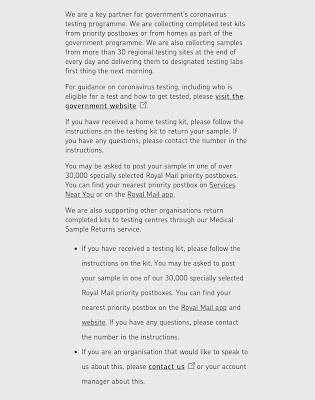 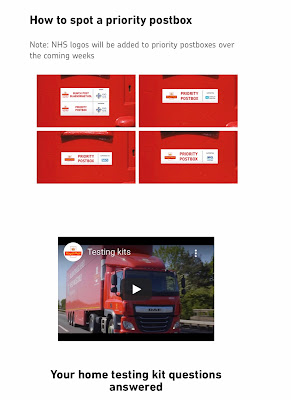 Thank you Brian. The illustrations of the Irish stamps you mention (in a later Blog) are from the An Post special stamps site where the items are being offered for sale. Best wishes. WK.