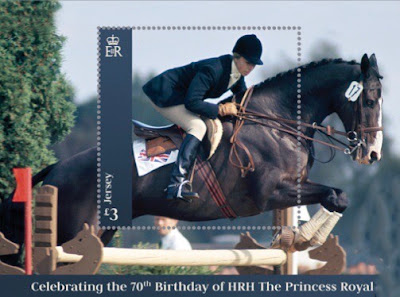 🇯🇪 Jersey Post intends to issue a set of 6 stamps and 1 miniature sheet on 15 August 2020 to commemorate the 70th Birthday anniversary of the Princess Royal, the greatly respected and much loved only daughter of Queen Elizabeth II who has lived a life of hard-working service to the people of The United Kingdom and The Commonwealth. As well as her rôle as a member of the royal family  she won an Olympic gold medal in an equestrian event. A well deserved philatelic commemoration. Rating:- ****. 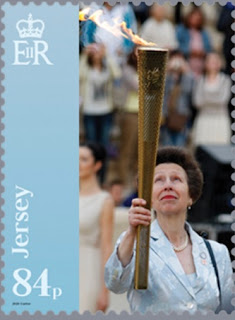 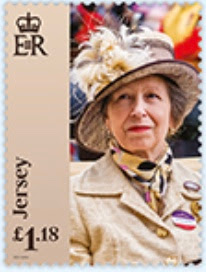 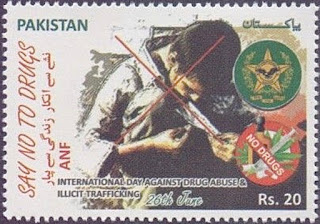 🇵🇰 Pakistan Post issued a single stamp on 26 June 2020 commemorating International Day against drug abuse and illicit trafficking. The design “was supplied by the customer” and lithographed by National Security Printing Company in Karachi. Rating:- ****.

🇵🇬 PNG Post, the postal service of Papua New Guinea, changed the date of issue of its set commemorating the 50th anniversary of the Post Courier, a local newspaper, to 30 June from 27 May 2020. See Blog 1676.

🇬🇧 In Blog 1695 I reported that Norvic Stamp Blog has pointed out new printings for 2020 of the Machin Head definitives with the M20L MAIL code on them. I now include illustrations of the 3 stamps previously mentioned:- 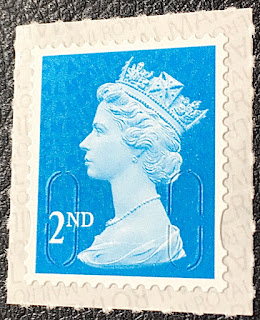 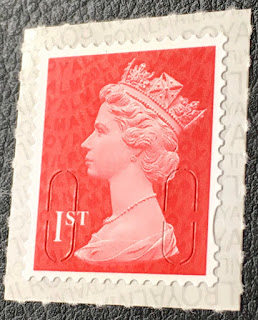 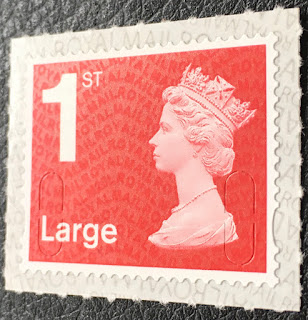 Norvic has now also mentioned that further values of the counter stamps with M20L MAIL are currently being  offered for sale on an internet auction site - the 2p and 20p values - and Norvic has also pointed out that the 2nd Class Large stamp has been announced to have been produced by Royal Mail with a printing date of 12 May 2020.

🇳🇿 One extremely important piece of news from New Zealand Post completely slipped past me a year ago and I have been ignorant of it ever since until I read on Stamp Boards that the postal service had completely changed its approach to issuing personalised stamps. Every year New Zealand Post had offered a pack of all or most of the previous year’s new personalised stamps for sale to all collectors from the philatelic bureau in Whanganui but with a change of style for the stamps from June 2019, all personalised stamps would no longer be sold to the general public.
This enables someone to have New Zealand Post produce for them tiny quantities of personalised stamps which are now inscribed with the country’s name (unlike the previous type of personalised stamps) on a popular theme and then sell them at very high prices because of their ‘rarity‘. Previously this situation should not have happened normally as anyone who wanted a particular stamp was likely to be able to obtain it by buying the year pack.
These ‘stamps’ have ceased to be freely available to the public and now are only relevant to those who are interested in this niche collecting field. Those who were interested in them in a more general way need worry no more about obtaining them as they are really privately produced stamps albeit that New Zealand Post has produced them on the seller’s behalf. I would not think that it was a good idea to spend a large amount of money on any of these post-June 2019 items just because they are (artificially) rare unless the buyer is interested in this niche area of stamp collecting. 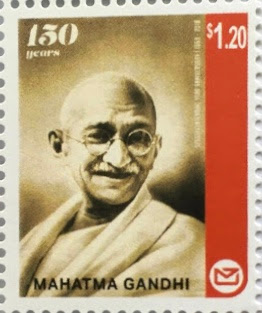 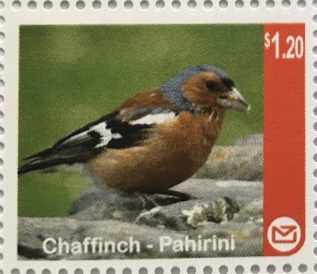