🇹🇻 IGPC, the Beijing-and New York-based purveyors of philatelic items, has issued a miniature sheet on behalf of one of the Commonwealth postal administrations which allows it to produce such items on their behalf, on the subject of the recent meeting between the US President, Trump, and the leader of The Democratic People's Republic Of Korea, otherwise known as North Korea, one Kim Jong-un. The meeting was held in Singapore (see Blog 1262) and the two men emerged from the meeting having recognised something mutually admirable in each other though other people may struggle to imagine that there is anything admirable in either one's qualities.
The country named on this philatelic item is Tuvalu where there are clearly many great Trump enthusiasts domiciled since similar issues featuring Trump have emerged with the same country's name inscribed on them in recent months (2 issues in March and 1 in January).
The product takes the form of a miniature sheet containing 4 different stamps. Rating:- 0. 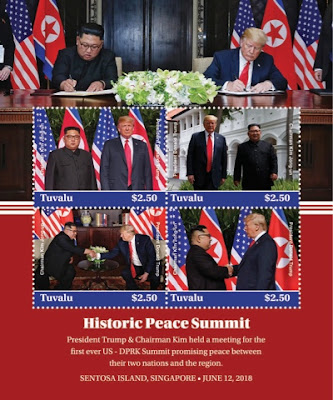 🇭🇰 Hong Kong Post will issue a miniature sheet containing a single stamp which is the seventh part of its ongoing World Heritage in China series on 10 August 2018. The subject is The Temple of Heaven in Beijing. The issue was designed by Tony Ho and lithographed by Cartor and perforated 13.5 x 13. Rating:- **. 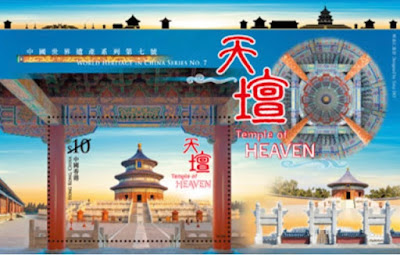 🇱🇰 Sri Lanka has a poster on the internet publicising the issue of 18 stamps on the subject of Sanni (see Blog 1271), masked dancers each representing a human illness or ailment. The date of issue was scheduled for release on 18 August 2018 but the set now appears to be due for issue on 8 August. It looks as though this should be a fascinating issue. Rating:- *****. 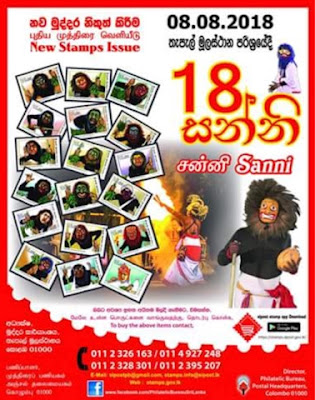 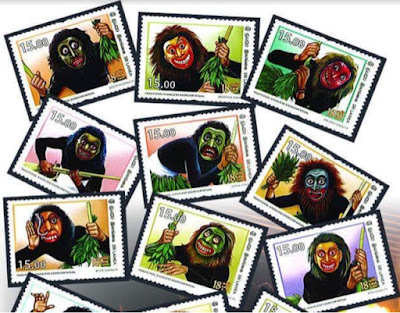 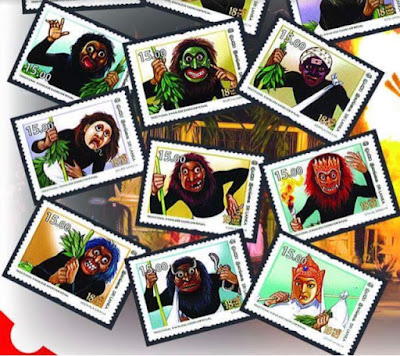 🇳🇦 Nam Post, the postal service of Namibia, issued the set of stamps featuring small felines mentioned in Blog 1254 on 18 July 2018 but there was a value in the set additional to the three mentioned in the Blog - a Zone C value depicting an African wild cat making a meal of a local bat. This is an excellent set. The other values are depicted in Blog 1254. Rating:- *****. 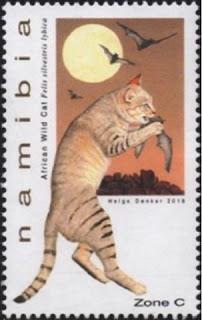 🇸🇬 Singapore Post issued 3 stamps on 4 August 2018 to commemorate the taking on of the chairmanship of ASEAN by Singapore. The issue was designed by SNAP! Creative Pte. Ltd. and lithographed by Secura and perforated 13. These are not the most exciting of designs. Rating:- **. 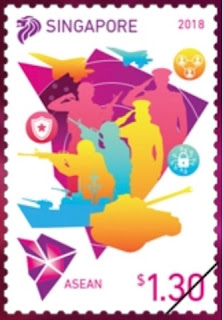 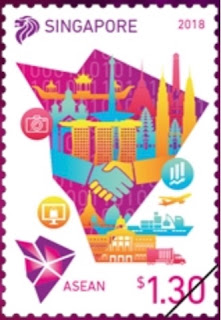 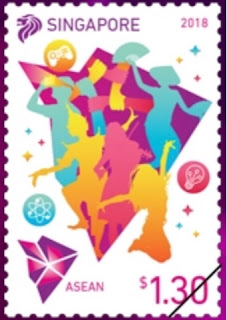