🇧🇩 Bangladesh Post has issued 4 stamps in a se-tenant block and a miniature sheet on the subject of Pallas' Golden Eagle. This issue is as fine-looking as the bird which is featured on it. I suspect that the date of issue was 15 August 2018 which was the date of opening of the Praga 2018 Philatelic Exhibition as the miniature sheet was also released with an added inscription marking the country's Post Office's participation in the expostition. Rating:- ****. 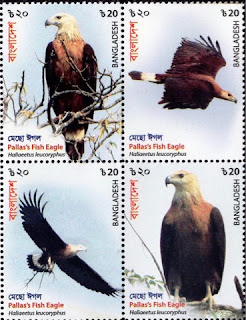 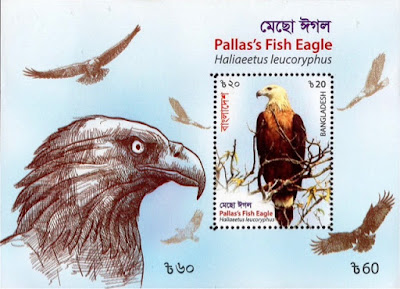 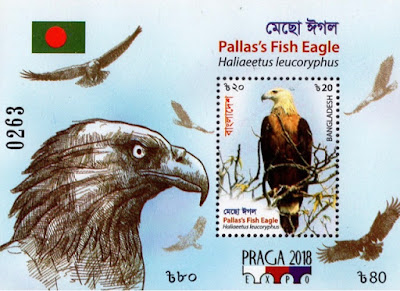 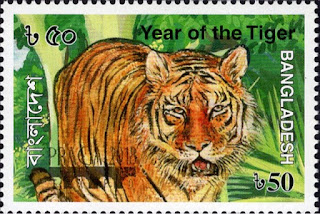 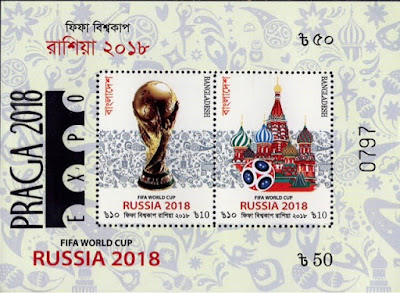 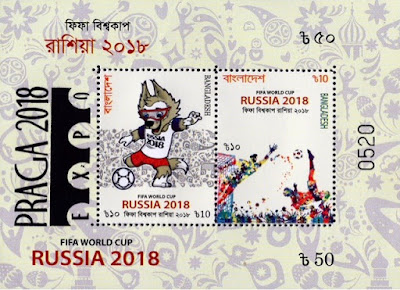 🇿🇦 The South African Post Office has issued 5 self-adhesive stamps sold in sheets of 10 (2 x 5) on the subject of National Parks of South Africa. The set was scheduled for release on 31 May 2018 though the actual date of issue may have been put back to a later date. Rating:- *****. 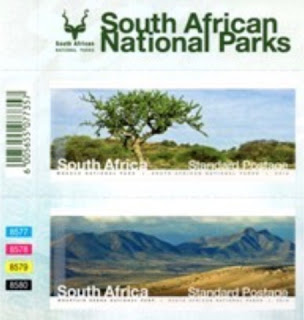 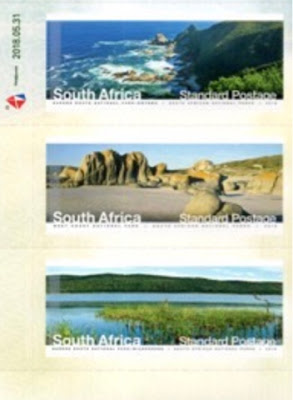 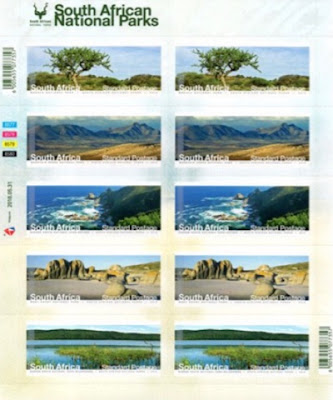