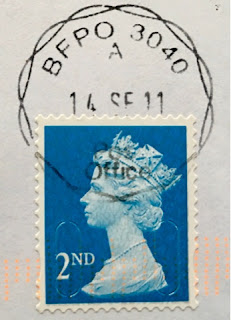 🇸🇱 I have just obtained from an excellent internet auction site dealer an interesting cover for inclusion in my modern Sierra Leone collection. There has been very little to add to this collection in recent years since the notorious 'philatelic agency' Stamperija got its nasty hands around Sierra Leone's new issue throat and numerous monstrous paraphilatelic products were the result for which must sensible people would not want to pay a single penny. There have been a handful of products released called 'local' issues, meaning that they are said to be for sale locally rather than that they were produced locally, and it will be interesting to see if any of these 'local' items do actually turn up on what looks like commercial mail from Sierra Leone - I have not seen any such items yet.
I do very much like items which tell a country's history be it its general, political, social or postal history. This particular item is a cover with the inscription 'UNITED NATIONS/NATIONS UNIES and UNITED NATIONS INTEGRATED PEACEBUILDING OFFICE IN SIERRA LEONE (UNIPSIL)' and a large circular cachet in blue with the emblem of The United Nations in the centre of a double ring containing the Inscription 'UNIPSIL UNITED NATIONS INTEGRATED PEACEKEEPING OFFICE IN SIERRA LEONE' with 2 x 2nd class British 'Machin Head' definitives cancelled by a circular postmark containing the inscription 'BFPO 3040/A/14 SE 11/Post/Office'.
UNIPSIL was established by the United Nations Security Council in 2008 to support the Sierra Leone government in identifying and resolving tensions and threats of potential conflict as well as monitoring and promoting human rights and consolidating reforms to ensure good governance. UNIPSIL was closed officially on 31 March 2014. This cover therefore dates from the middle period of the office's mission.
The British had become involved in the modern day affairs of Sierra Leone after the country had suffered a vicious civil war lasting about 10 years and as part of a United Nations effort to end the terrible war, the British prime minister, Blair who had not then achieved the unpopularity and notoriety with which he is now viewed in Britain, initiated Operation Palliser which was mainly responsible for putting an end to the conflict and restoring democracy. British military involvements continued after the war in the form of the International Military Advisory and Training Team which was established in 2002 to develop the Sierra Leone armed forces into a democratically accountable and effective force. Eventually the Republc of Sierra Leone Armed Forces (RSLAF) were trained to a degree that they were able to participate in African Union and United Nations missions in Somalia and Sudan and the country's navy was policing its fishing grounds.
British forces have continued to train with their Sierra Leone colleagues in the Sierra Leone jungle and in 2017 Exercise Guma Sun saw British forces training again in that country. Prior to that British forces played an important role in the struggle against the Ebola outbreak in Sierra Leone in 2014 (see Blog 492 and 671).
I am pleased to add this cover to my Sierra Leone collection especially as there is little else worthwhile in terms of new issues to add to it because it reminds us of the painful past 25 years experienced by this unfortunate country and the way Britain and The Commonwealth - and The United Nations - have worked with it to try to improve its situation. Now, if only a respectable British postal service or philatelic agency could work with the Sierra Leone postal service in the way that the British armed forces have worked with those of Sierra Leone to provide a decent philatelic service to benefit that country and we collectors as well. 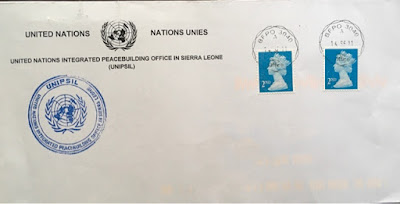 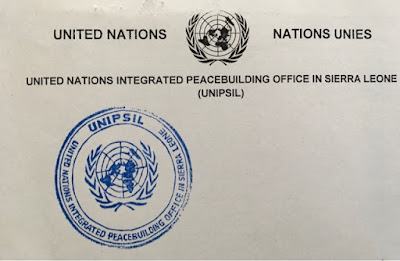 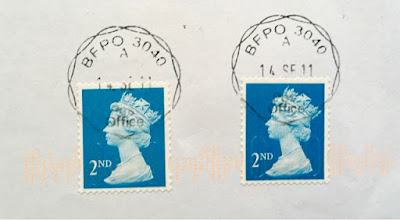 🇬🇮 Gibraltar Stamps issued a set of 6 stamps and 1 miniature sheet on 31 July 2018 on the subject of Views of the Rock. The designs feature paintings by Benjamin Hassan and lithographed by Cartor. This is an attractive and interesting set but why has this set been issued when Gibraltar Stamps issue so many other sets in a given year? Rating:- **. 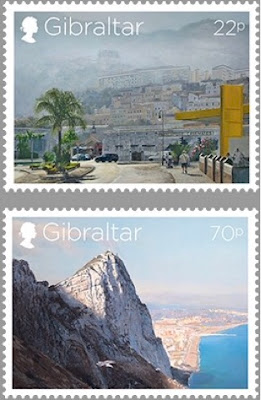 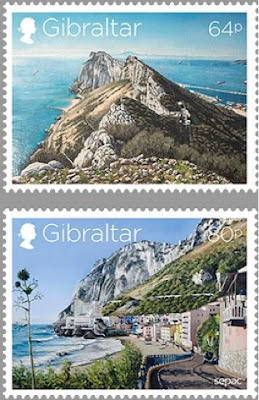 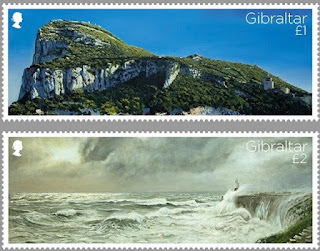 🇹🇹 In the past 3 years or so most new stamps being released by the Trinidad And Tobago postal service have been surcharges on previously issued stamps. There seem to now be another 3 surcharges which I have not seen previously. There is a further $1 surcharge in black on a value of the carnival stamps and a $1 surcharge in silver on one of the hummingbird stamps. Additionally there is a $3.25 surcharge on one of the old bird definitives stamps. See also Blogs 1141 and 1179. Rating:- *****. 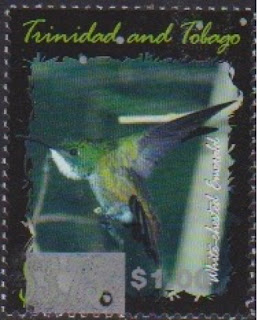 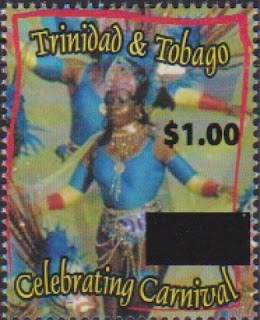 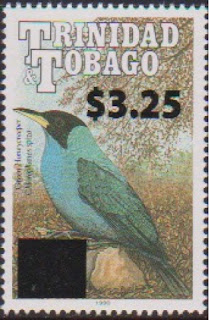