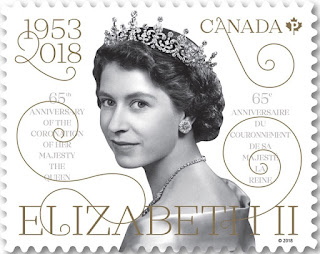 🇨🇦 Canada Post will issue a single self-adhesive stamp in a booklet of 10 on 21 April 2018 to commemorate the 65th anniversary of the Coronation of Queen Elizabeth II. The very fine stamp was designed by Paprika and printed in lithography. Rating:- *****. 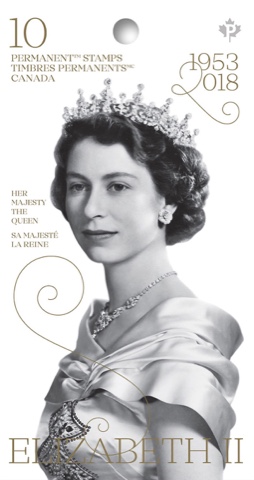 Canada Post will then release a pair of self-adhesive stamps issued se-tenant in booklets of 10 (5 pairs) on 1 May 2018 on the subject of 'Bees'. The rather unusual designs by Andrew Perro are based on illustrations by Dave Murray. I think I should have liked to see more realistic depictions of the creatures. Rating:- **. 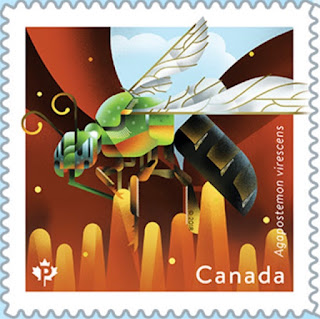 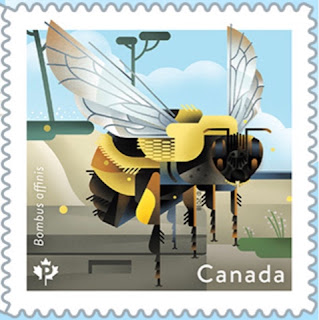 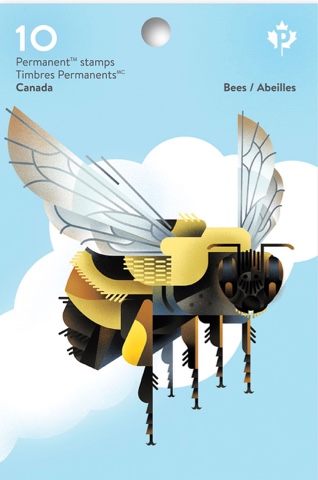 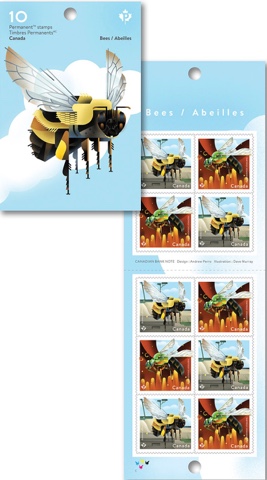 🇮🇲 The Isle Of Man Post Office will issue a set of 12 1st Class rate stamps on 17 May 2018 on the subject of 'Great British motorcycles'. The designs are based on paintings by Graham Crowley or photographs taken from the Mortons Collection. The designs were carried out by David Bloomfield and EJC Design and printing in lithography was by Lowe-Martin and the stamps are perforated 14. The total face value of the set is £6.24p. Rating:- *. 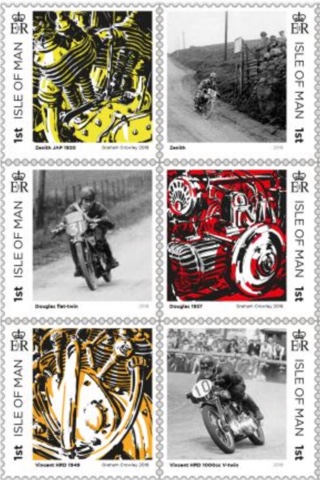 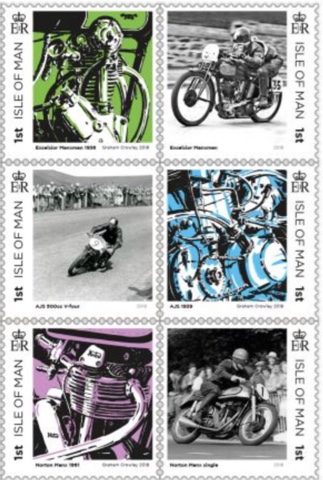 The Isle Of Man Post Office will also issue 8 stamps and a 'sheetlet' containing the same 8 stamps on 10 May 2018 to commemorate the 60th anniversary of the first Manx International Motor Scooter Rally. The face value of the set is £7.90 and the sheetlet costs the same. The design is by EJC Design and Paul Ford and printing in lithography was carried out by Cartor. The stamps are perforated 14. Rating:- **. 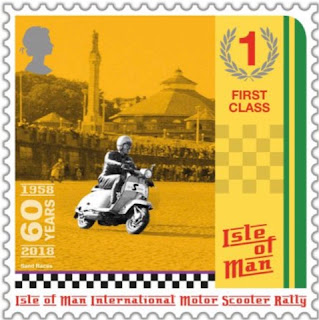 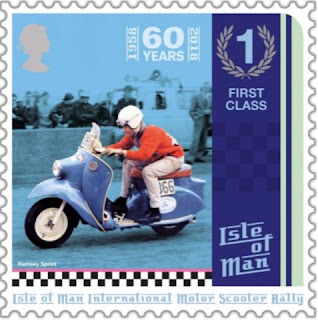 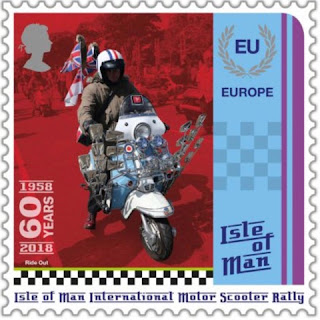 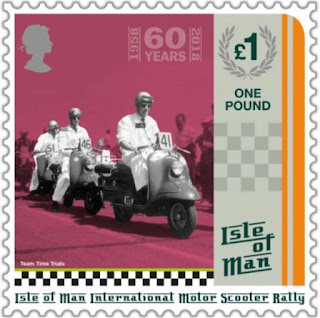 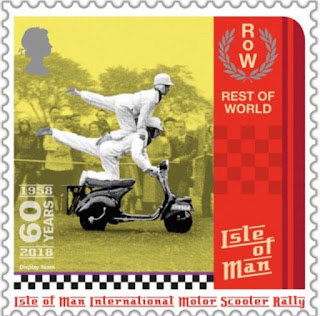 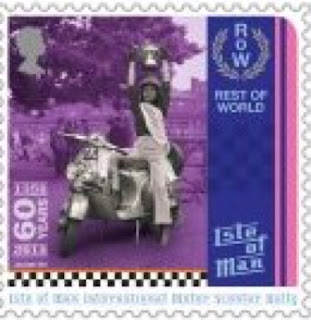 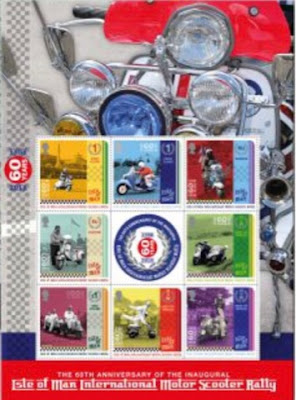 🇮🇳 India Post issued a single stamp on 12 April 2017 to commemorate the 60th anniversary of the Defence Research and Development Organisation. Rating:- **. 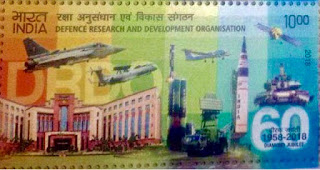 🇬🇬 Guernsey Post will issue 6 stamps and 1 miniature sheet on 2 May 2018 on the subject of Bridges of Guernsey. These stamps tie in with the 2018 Europa omnibus theme. The 62p and 76p values carry the inscription, 'EUROPA'. The issue was designed by Wendy Bramall and lithographed by Lowe Martin and perforated 13.3. The designs feature some pleasant and delicate paintings of scenery in Guernsey and some of the other Channel Islands which are part of the Bailiwick. Rating:- ***. 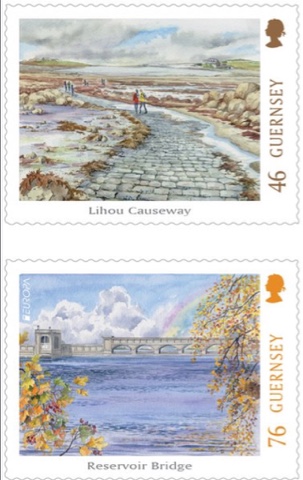 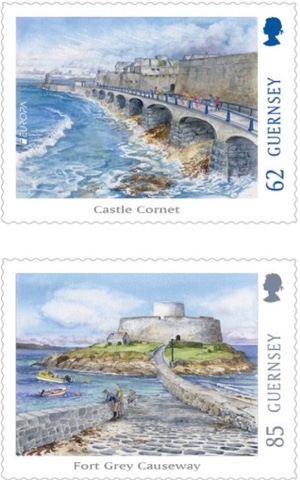 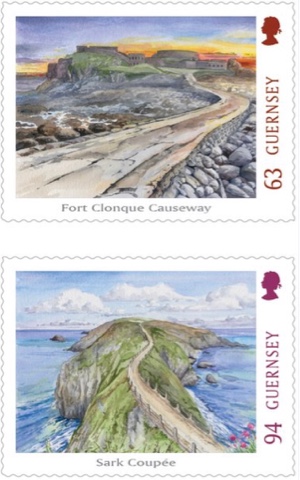 Guernsey Post will also issue a miniature sheet containing 2 different £2 stamps on 2 May 2018 to commemorate the Wedding of Prince Henry Of Wales and Meghan Markle, an American actress. The designs feature photographs taken at the time of the couple's engagement. The Prince is only fifth in line to the British throne but is a popular figure. The issue was designed by Two Degrees North and lithographed by Southern Colour Print and perforated 14.5. Rating:- **. 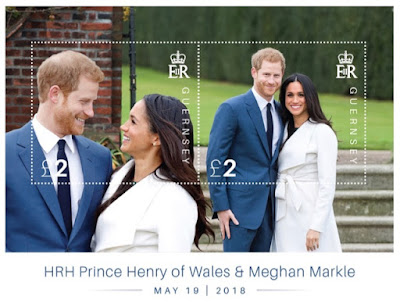 🇱🇰 Sri Lanka Post issued 1 stamp on 7 April 2018 to commemorate World Health Day. The issue marked the 70th World Health Day and the commemorative meeting which was held in Colombo on the day of issue of the stamp. Sadly this is not a particularly interesting design. Rating:- **. 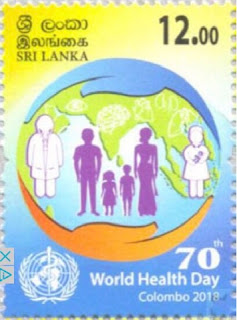 This issue was followed 2 days later when Sri Lanka Post released 3 stamps and 1 miniature sheet on 9 April 2018 to commemorate Vesak. As usual Sri Lanka Post has celebrated this religious festival with some colourful and interesting designs. Rating:- ***. 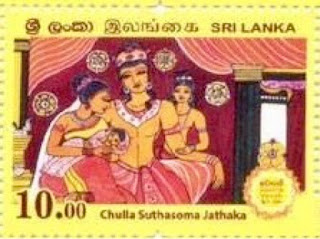 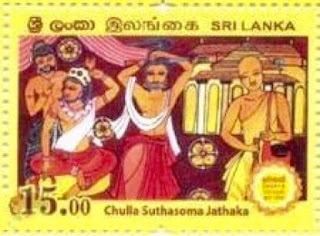 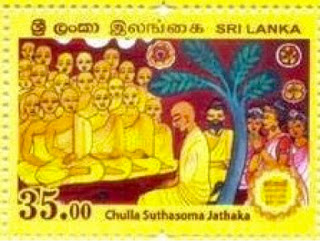 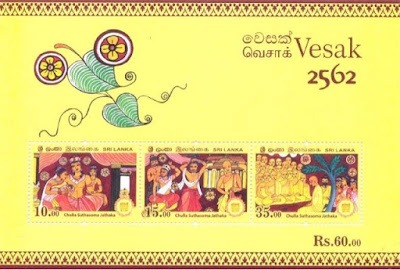