🇦🇺 The 21st Commonwealth Games Opening Ceremony has taken place in Gold Coast in Australia. The ceremony took place in the presence of The Prince Of Wales who received the Queen's Baton on behalf of his mother, the Head of The Commonwealth, and the Duchess Of Cornwall. I gave a very detailed description of stamps issued for previous Commonwealth Games in Blog 397 at the time of the previous Games which were held in Glasgow in 2014.
This year there is only one stamp of which we need to take notice - that released by Australia Post on 20 March 2018. The stamp was designed by Sonia Young and lithographed by RA Print and perforated 14.5 x 14. 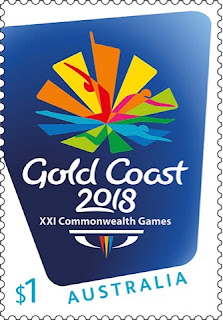 🇵🇳 Bounty Post, the postal service of Pitcairn Islands, issued 2 stamps with a se-tenant label between them, on 5 April 2018 to commemorate the Constitution of Pitcairn which was drawn up by George Nobbs and Captain Russell Eliott of HMS Fly and signed by them on 30 November 1838. The interesting and colourful issue was designed by Lucas Kukkler and lithographed by Southern Colour Print. Rating:- *****. 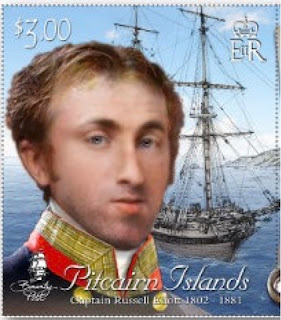 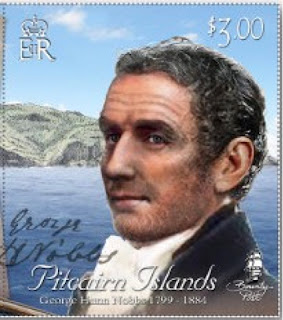 🇧🇩 Bangladesh Post issued a single stamp on 31 March 2018 to commemorate the 6th National Scouting Comdeca (Community Development Camp). This is an interesting design and I like the stamp. Rating:- ****. 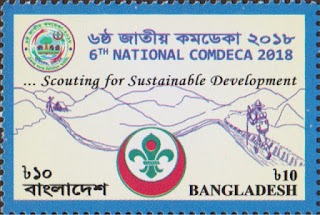 The items depicted below are being offered for sale by a Russian dealer on the Delcampe Internet auction site. They all purport to commemorate the Football World Cup Championships soon to be held in Russia and the names of a number of Commonwealth countries are printed on them - Rwanda, Cameroon, The Gambia, Ghana, St Vincent And The Grenadines, Lesotho and Mozambique. These items are completely bogus and are valueless though the dealer is asking a not insignificant price for them. Collectors are advised not to be tempted to spend good money on what is nothing but trash. The final illustration shows a product which purports to originate in Burundi - there are several more such issues with the names of non-Commonwealth countries printed on them - and the degree of appalingness of these items is illustrated beautifully by this item since the name of the country is spelt 'Burunundi' - it's hard to believe that any postal administration would release a stamp on which the country's own name is spelt incorrectly.
It is worth noting that similar items are also being sold by the same dealer which 'commemorate' the recent Winter Olympic Games - these are numerous, expensive but worthless and bogus. Avoid! 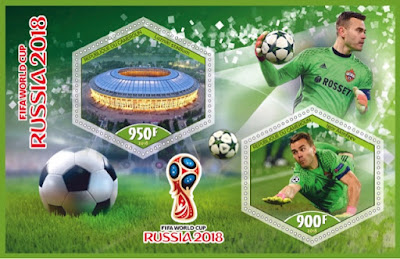 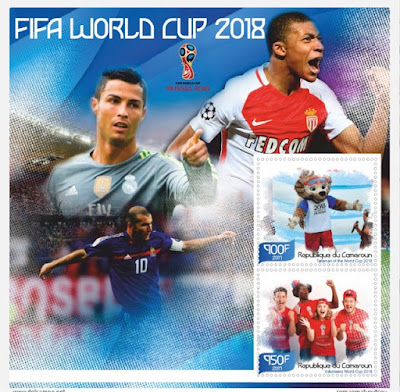 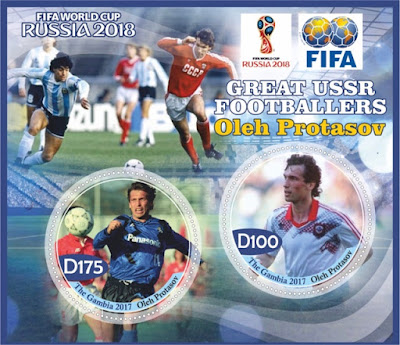 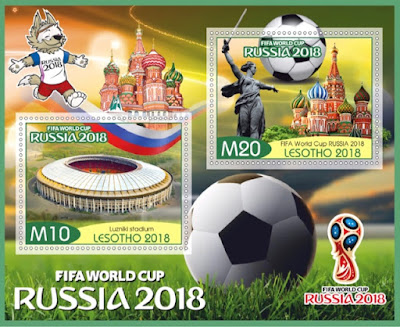 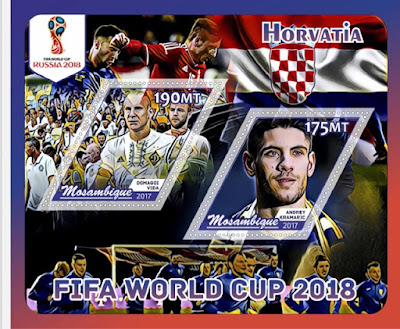 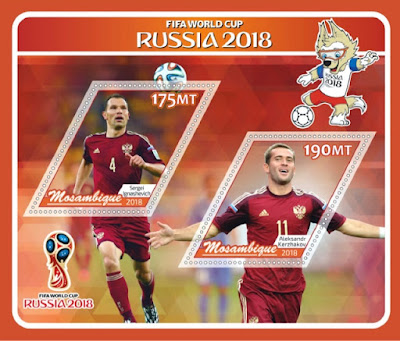 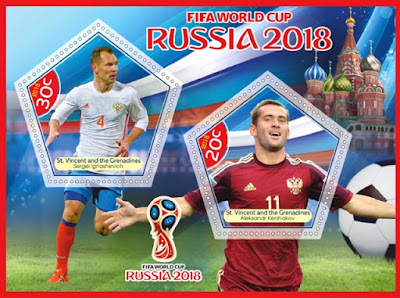 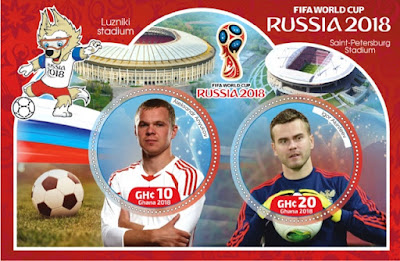 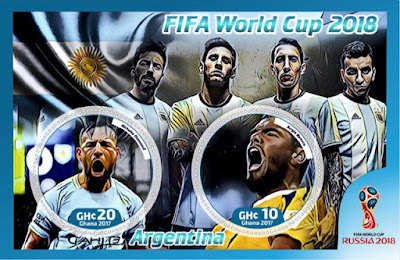 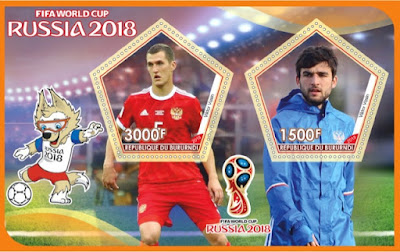