1174. 🇬🇸 Spectacular Miniature Sheet To Be Issued By South Georgia. 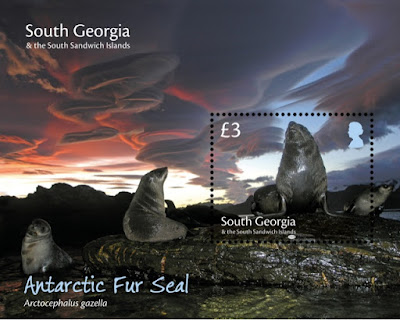 🇬🇸 Who can help but be amazed at the fabulous photograph used on the latest miniature sheet to come from the postal service of South Georgia And The South Sandwich Islands? A set of 6 stamps and 1 miniature sheet will be issued on 15 March 2018 on the subject of the Antarctic fur seal. The set was designed by Bee Design from photographs by Andrew Black, John Dickens, Kieran Love and Jamie Watts. The issue was lithographed by Lowe-Martin and perforated 13.5. Rating:- *****. 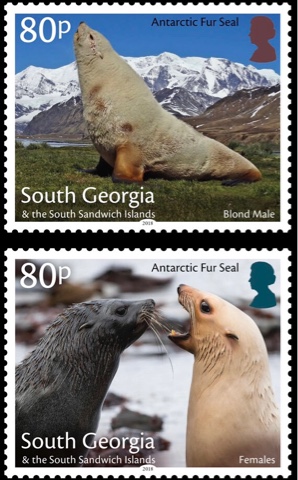 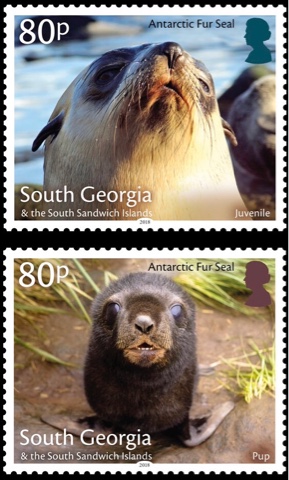 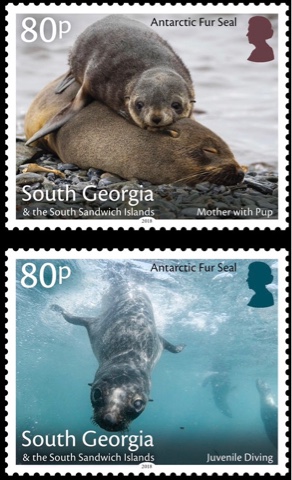 🇫🇰 The postal service of The Falkland Islands will issue a set of 4 stamps on 2 March 2018 which is the second part of its ongoing Shipwrecks series. The £1.22p value depicts the silhouette of a hulk against the background of a beautifully coloured sunset - a very attractive stamp design. The issue was  designed from photographs by Tony Chater and lithographed by Cartor and perforated 13 x 13.5. Rating:- *****. 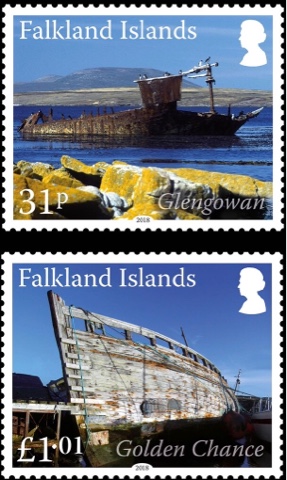 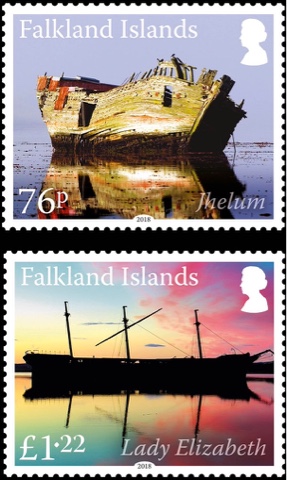 Production co-ordination of the above 2 issues was by Creative Direction. Thanks to Juliet Warner of Pobjoy Stamps for information about them.

🇯🇲 Jamaica Post has either just issued or is about to issue a reprint of its $60 Lighthouse definitive stamp with a '2018' imprint in its lower border. Rating:- ***. 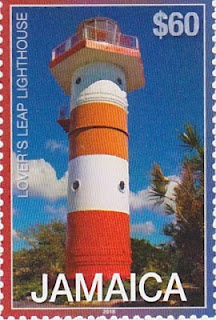 New issues as an investment.

People who know little or nothing about stamp collecting may often be tempted by postal administrations, Philatelic bureaux and Philatelic agencies into buying new issues as a potential investment for the future or as a valuable heritage for their grandchildren. There are so many philatelic confections on sale now which feature popular subjects of the moment that people could be easily tempted to buy such products. Most are doomed to disappointment.
I strongly hold to the view that new issues should only be bought for the personal pleasure that their possession brings to the buyer rather than as a potential source of financial profit.
The practices of many producers of new philatelic and paraphilatelic products often doom the products they sell to have little chance of showing a rise in their financial value over the mid and long term. We can all name philatelic entities which produce what is, frankly, rubbish and apply incredibly high face values to the stuff and which people are still prepared to spend their money on. If such products give them pleasure then there is no reason to say that it was money not well spent but if they have just bought the items with the thought of future financial gain then more likely than not, disillusionment will be the eventual reward.
There is never any prospect of the collector seeing a rise in the value of his or her philatelic purchases if 'commemorative' or 'special' issues remain on sale from the post office itself for many years since any future buyer need only pay face value for such items if they deal with the post office directly.

An example of such a practice can be seen currently on the Jamaica Post Facebook page (see below) which highlights the 1995 Bob Marley miniature sheet and promotes its sale by saying, 'This is still on sale and is available at ALL post offices', 23 years after its date of issue! This miniature sheet is more definitive than most definitive issues. But anyone who bought it 23 years ago has seen their purchase gradually devalue with the ravages of inflation. 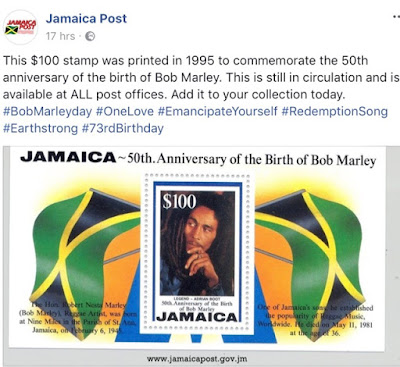