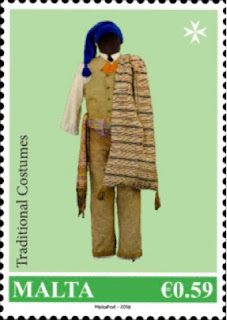 🇲🇹 MaltaPost will release a set of 3 stamps on 9 February 2018 on the subject of Traditional Costumes of Malta. The set is interesting but a little spooky given that the costumes are depicted in life-like pose but without a human being inside them, reminiscent of 'The Invible Man' character or Charles Dickens' Ghost of Christmas Future. The green background, without anything interesting going on behind the costumes, could make one think of the green slime from Ghostbusters, so all in all, not a great design.

If you like spooky stamps then this set is for you. It was designed by MaltaPost using photographs by Heritage Malta and lithographed by Printex and perforated 14. Rating:- **. 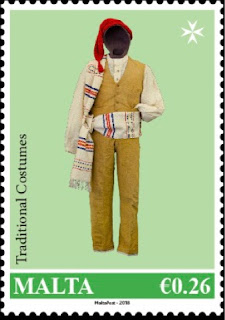 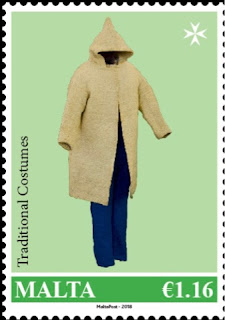 🇧🇩 The Bangladesh postal service issued 2 miniature sheets to commemorate the World Stamp Exhibition Bandung held in Indonesia on, I presume, 3 August 2017 which was the opening day of the event. The first sheet contained the 4 Flowers stamps issued on 3 August 2017 and the second contained 8 Migratory Birds designs with an inscription noting the exhibition in the left-hand border. Rating:- ****. 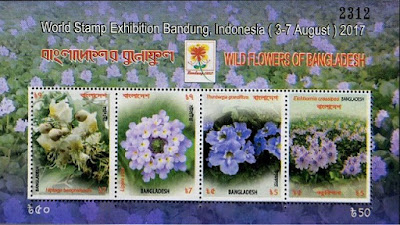 🇧🇼 Botswana Post issued a set of 4 stamps as its Christmas series on 5 December 2017. The designs depicted desert flowers. The very attractive issue was designed by Ann Collifer and printed in lithography.  Rating:- ****. 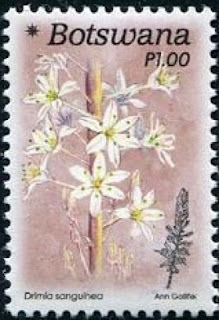 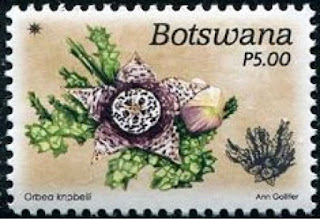 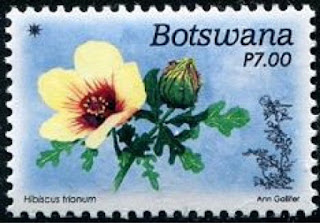 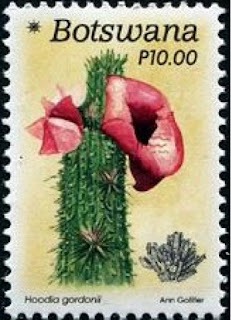 🇧🇹 Bhutan Post issued 2 miniature sheets on 20 January 2018 to commemorate the Chinese New Year, The Year of The Dog, specifically the Earth Male Dog. One sheet contains 3 different stamps featuring realistic portraits of 3 Chinese horoscope signs - the Dog, the Horse and the Tiger and the second sheet includes a single stamp depicting a stylised dog, the shape of which could easily be a Labrador. Rating:- *****. 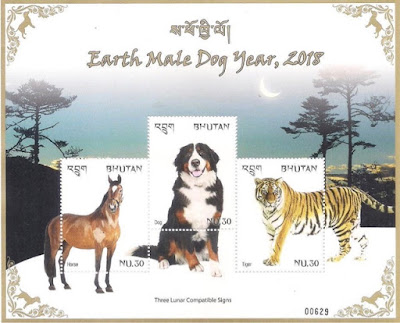 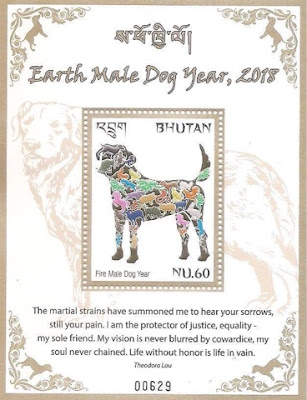