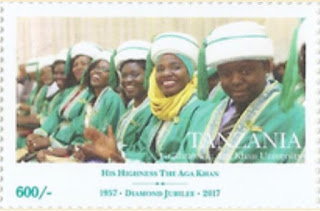 🇹🇿 Post Tanzania issued a se-tenant strip of 5 stamps and 2 miniature sheets on 11 October 2017 to commemorate the Diamond Jubilee of The Aga Khan and his contributions to health and educational developments in Tanzania. The issue was lithographed by Oriental Press Bahrain. Rating:- ****. 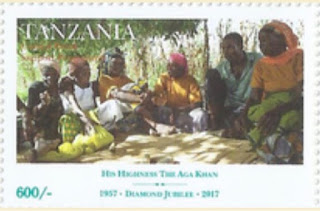 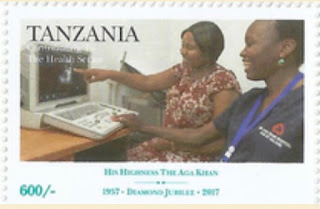 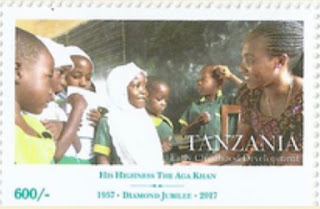 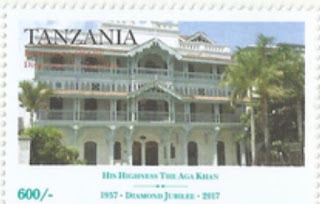 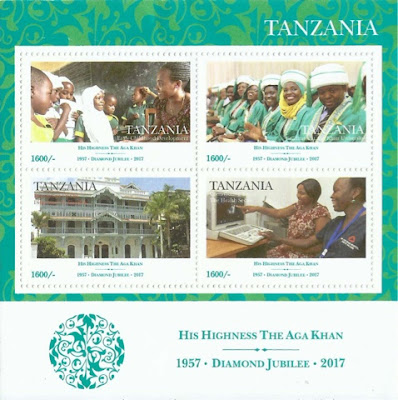 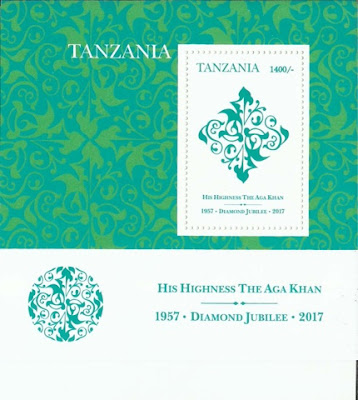 🇮🇳 India Post released a smart single stamp on 23 October 2017 to commemorate the Centenary of  the 3 Kumaon (Rifles) Regiment. An interesting and colourful stamp. Rating:- ****. 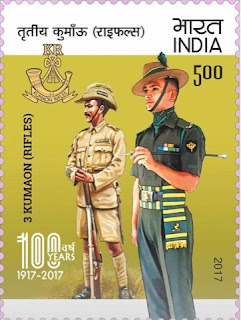 🇻🇨 I have found a couple of interesting new items on the IGPC website. The sheetlet of 4 stamps depicting geckos said to have been issued by St Vincent And The Grenadines on 28 September 2017 was apparently accompanied by a miniature sheet containing 3 more stamps which depict the Gold Dust Day gecko which, as mentioned in Blog 1096, is not found in the Caribbean area at all but, thousands of miles away, in Madagascar! Rating:- 0. 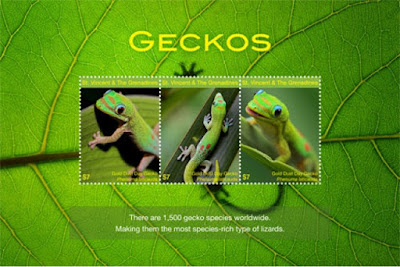 🇲🇸 Meanwhile, the IGPC website also has the illustrations depicted below which state that the "Bats" sheetlet of 4 stamps and accompanying miniature sheet which are said to have been issued by the Montserrat postal service on 24 May 2017 (see Blog 1047) have been "withdrawn by Government". I can not yet find any information anywhere to explain why these items have been withdrawn for sale. Interesting indeed. 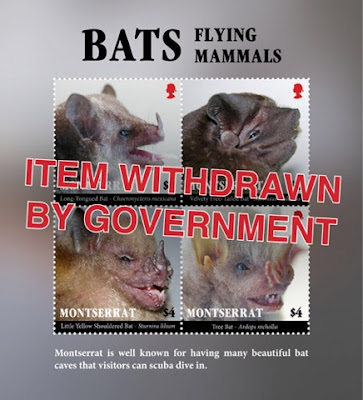 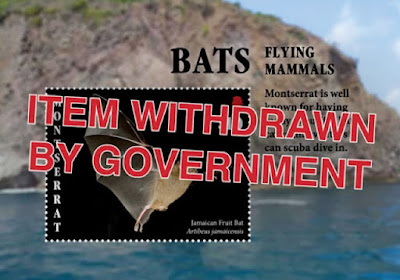 🇵🇰 In Blog 1103 I mentioned the issue from Pakistan Post which commemorates the Birth Bicentenary of Sir Syed Ahmed Khan which was released on 17 October 2017. I now include an illustration of the single stamp and also the miniature sheet which interestingly depicts previous issues from Pakistan which commemorated this notable Pakistani figure. The issue was designed by Adil Salahuddin and lithographed by National Printing Security Co. Karachi and perforated 13. Rating:- ****. 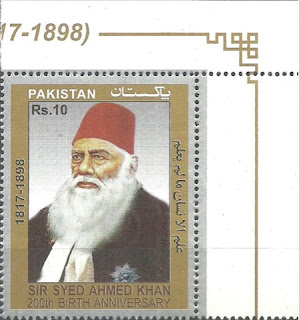 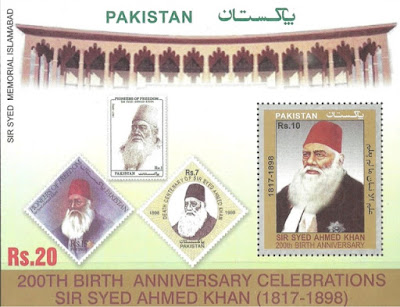