463. Past And Future Scottish Stamps And Mail Service. 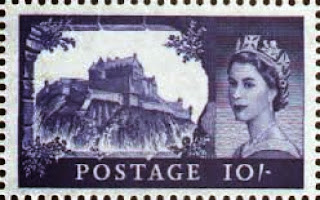 One of the advantages to the mail-sending public in England, Northern Ireland and Wales of a Scottish vote for independence in the forthcoming referendum will be a likely reduction in postage rates
because the rump United Kingdom's mail service will not have to subsidise the cost of delivering small amounts of mail to numerous remote Scottish islands.
The Scottish Nationalist Party which would hope to hold power in the newly independent Scotland has said that the new Scottish postal service would be nationalised and so the cost of running such a service, with the usual inefficiencies of a nationalised industry, along with the need to deliver to remote, out-of-the-way places would almost certainly mean that the cost of mailing a letter in Scotland will very soon be much higher than posting mail in the countries south of its border.
Perhaps the new Scots Post Office will aim to offset the extra costs to it suggested above by having a brisk philatelic programme and squeeze much needed money from philatelists. It seems likely that the early issues, at least, would attract stamp collectors keen to start a collection at "Scotland no.1" but how long this interest would last if the new postal administration was seen to release excess numbers of issues is questionable. Perhaps, as a new country setting off on its own way in the philatelic world, it could follow the example of the present world's newest country, South Sudan, and persuade The People's Republic Of China to provide it with its first two or three stamp issues as a gift and that would save the nascent post office a fair amount of money right at its birth. Doubtless, the People's Republic Of China would not hesitate to provide Scotland with an "Establishment of China-Scotland Diplomatic Relations" set which could feature the Edinburgh Zoo pandas which China has previously given to Scotland.
Of course whether the issues of a new postal administration would allow one to start at number 1 in a Scotland stamp catalogue is controversial since the British regional stamp issues which first appeared in 1958 could be considered to be the true first Scottish stamps.
The first such stamp was the 3d value which was issued on 18 August 1958 and this was reissued on 29 January 1963 with 2 phosphor bands. The designer was G. Huntley and the first stamp was printed in photogravure by Harrison on paper with a multiple crowns watermark. 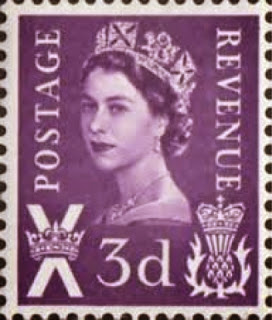 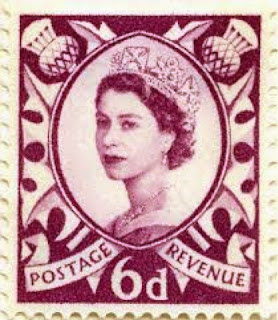 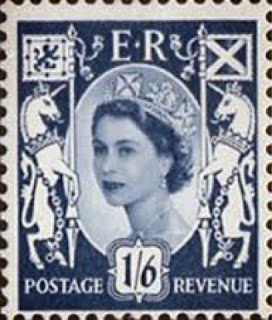 A new design using the Machin Head rendition of the Queen's portrait was used for Scottish regional stamps from 7 July 1971. The new series was in the new decimal currency and the initial values were two pence half penny, 3d, 5d and seven pence half penny. A large number of additional values were issued as postal rates increased over the years up to 1997.
On 21 March 1989, a £5 "Prestige Booklet" was issued which was titled "The Scots Connection" - this booklet consisted entirely of Scottish "Machin Head" regional stamps in 4 different panes - the first pane containing 9 x 19p, the 2nd consisted of 6 x14p, pane 3 had 5 x 14p plus 2 x19p and 1 x 23p values and the fourth pane contained 6 x 19p. The 24p and 18p values appeared in another prestige booklet - the Beatrix Potter booklet which was issued on 10 August 1993. 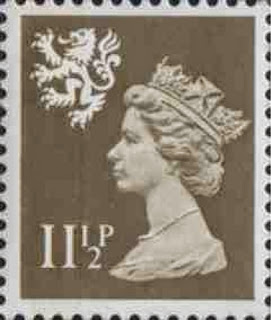 The last "Machin Head" Scottish regional stamps, the 20p, 26p, 37p and 63p values, first lithographed by House Of Questa, and originally issued on 23 July 1996, were reissued on 1 July 1997 printed in photogravure by Walsall Security Printers.
On 8 June 1999, Royal Mail issued 4 new Scottish "pictorial" regional stamps in the following denominations:- 2nd class, St. Andrew's Saltire, 1st class, red lion rampant, "E" (rate to Europe), thistle and 64p, Scottish tartan. The stamps were designed by Tutssels and printed in photogravure by Walsall Security Printers. The designs have continued to be used since then with regular increases in face value in line with continuing increases in postal rates. Some of them have also appeared in prestige booklets starting with "The Life Of The Century" prestige booklet which commemorated the 100th birthday of Queen Elizabeth The Queen Mother - 6 x 2nd and 2 x 65p tartan stamps appeared in Pane 1 of this booklet. 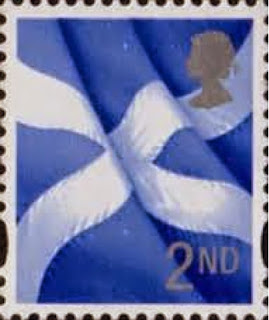 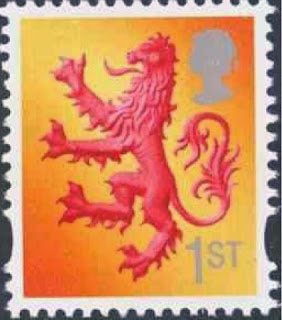 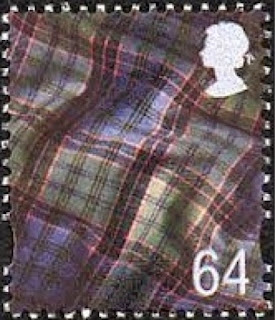 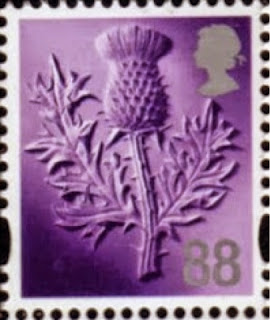 The "pictorial" designs have also intermittently been included in commemorative miniature sheets such as that which was issued on 5 October 2004 to commemorate the inauguration of the Scottish Parliament :- 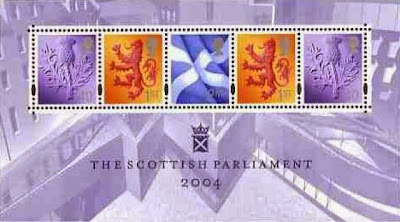 and the "Celebrating Scotland" item which was issued on St. Andrew's Day, 30 November, 2006 and which also included 2 additional new stamps which depicted St. Andrew and a view of Edinburgh Castle:- 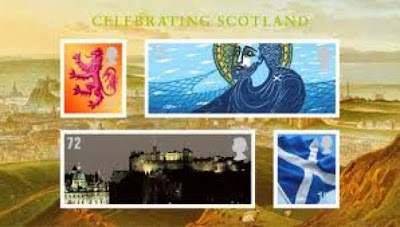 So when Scotland inaugurates its new postal sevice in 2017 it will not be so easy as collectors may expect to start a "Scotland" collection "from the beginning". There is a remarkably large number of "forerunner" stamps to track down and if the new postal administration's new issue policy is anything but conservative collectors may well lose heart at an early stage and philately will not turn out to make a very useful contribution towards the costs of maintaining an acceptable mail service to Scotland's remote communities.
India's latest stamp issue appeared on 3 September 2013 and consisted of a set of 8 stamps and 1 miniature sheet on the subject of Indian musicians:- 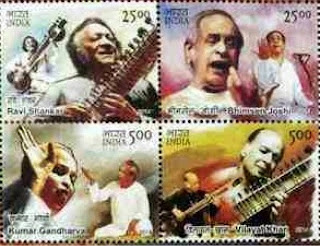 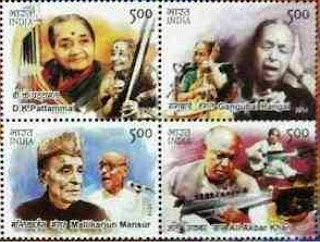 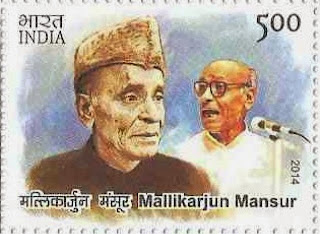 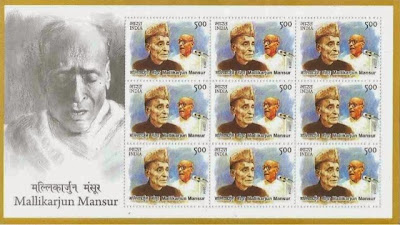