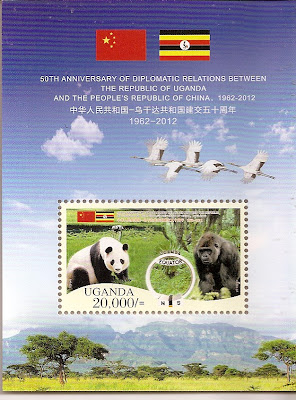 Shown above is the miniature sheet which The People's Republic Of China presented to the Uganda Post Office to commemorate the 50th anniversary of diplomatic relations between the 2 countries and which I mentioned in Blog 301. Meanwhile, below I depict 2 more surcharged stamps from Zambia (see Blog 298) which are two previously surcharged stamps both with additional surcharges applied in the new devalued currency:- 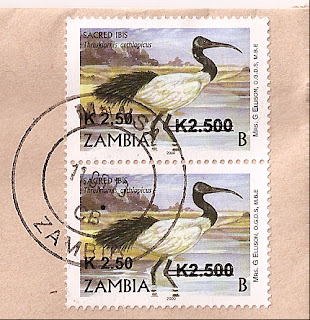 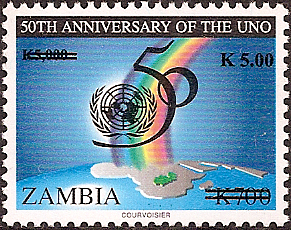 I have recently obtained a new cover from Akrotiri which dates back to 1969 which has a 5d Machin definitive affixed to it and is cancelled by a rhyming slogan postmark "CORRECT ADDRESSING WHAT A BLESSING SAVES US GUESSING" with a circular date "FIELD POST OFFICE 2" and dated 4 FEB 1969. See Blogs 210 and 233:-

Following on from Blog 298 where I depicted the "Zanzibar Attractions" set of 2009 from Tanzania I depict the second set about the subject which was issued on 26 April 2012. As with the first issue, there are 4 individual stamps, a miniature sheet of 6 different stamps and a single value 1000/- miniature sheet. The 500/- value depicts the impressive new House Of Representatives Building on the island while the other values depict more traditional Zanzibar attractions such as the ornamental doors which are found on the island (700/-) and boat sailing on the 800/- value:- 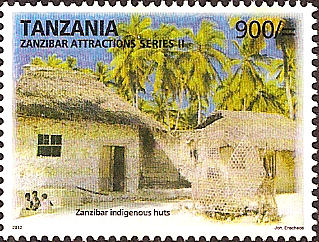 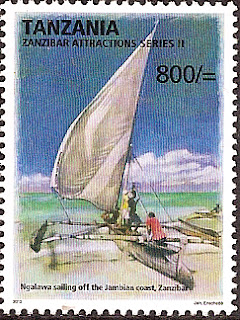 The 6 values of the miniature sheet appear to be dedicated to depicting the President of Zanzibar, who is also the Vice-President of Tanzania, in various activities and it is hard to see how this subject fits into the "Zanzibar Attractions' theme of the overall issue but at least the designs inform stamp collectors about another aspect of the island (and doubtlessly boosts the President's profile among Zanzibaris at the same time):- 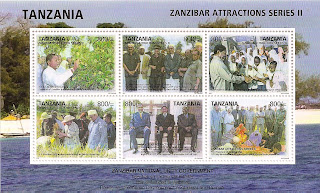 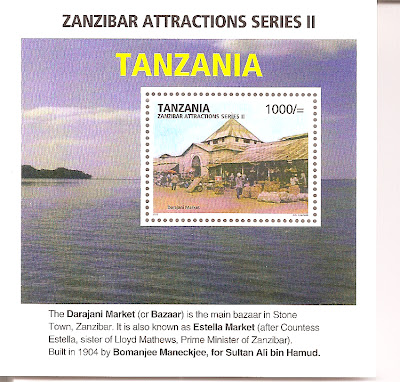 The latest issue from Australia which was released on 3 September 2013 consists of 3 stamps which depict Australian breeds of poultry and the 3 designs are combined in a miniature sheet. The stamps were designed by Kevin Stead and Lisa Christensen and printed in lithography by EGO:- 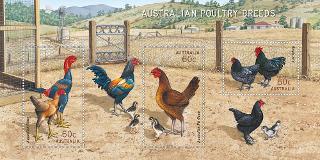 Four stamps and 1 miniature sheet have also been released by Australia Post on 10 September 2013 with the inscription "Australian Antarctic Territory" to commemorate the centenary of the Australasian Antarctic Expedition. The issue was designed by Andrew Hogg Design and printed in lithography by RA Print.
Finally, back to Uganda which has recently had a set of 2 sheetlets, each consisting of 4 different stamps, and 2 accompanying miniature sheets issued in its name, apparently by the large NewYork-based philatelic agency which has produced many philatelic items in Uganda's name in recent years. This agency seems to be continuing to produce items bearing Uganda's name despite the fact that the notorious philatelic agency, Stamperija, has also been producing numerous philatelic items for Uganda since 2012 so you might say that Uganda is twice-blessed with 2 such agencies using its name on their products. As much as I like dogs as subjects for stamps, I'm afraid that the items depicted below will not find their way into my collection since there is nothing in the designs that has any direct relevance to Uganda. 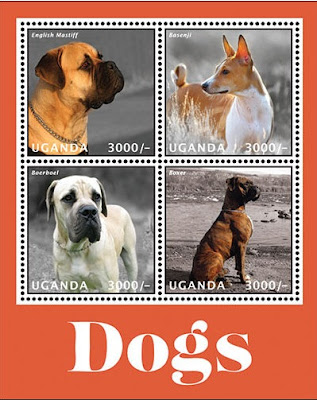 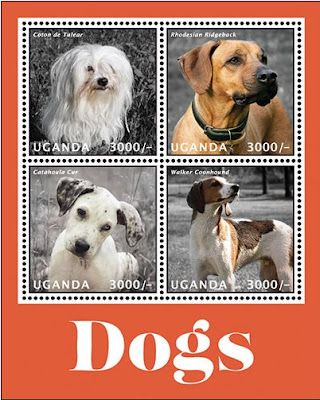 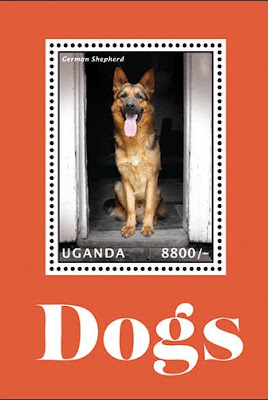 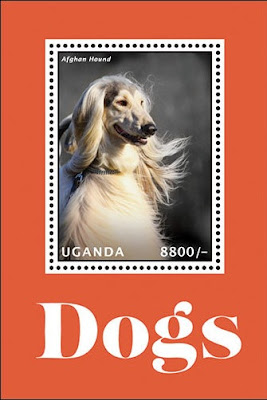