🇯🇪  Jersey Post will issue a set of 6 stamps and 2 miniature sheets, one containing all 6 stamps and the other a single stamp, on 14 July on the subject of 1990s Culture, an ongoing series stamps of looking at local culture over recent decades. This issue seems to emphasise the extraordinarily superficial nature of recent western culture finding little more to feature than confectionery and boy bands. It is also emphasises the triviality of so many subjects featured on recent stamp issues from postal services such as Jersey Post. The designs are by various artists - 54p by Mark Ward, 74p by Laura Callaghan, 88p by David Downton, £1 by eBoy, £1.25 by Serge Sedlitz and £1.30 by Joshua Budich. The designs confirm that the 1990s was a decade well worth remembering (possibly) by the inhabitants of Jersey.

Sadly this is yet just another forgettable set that Jersey Post has managed to secrete to add to its enormous list of philatelic secretions of recent years. Rating:- 0. 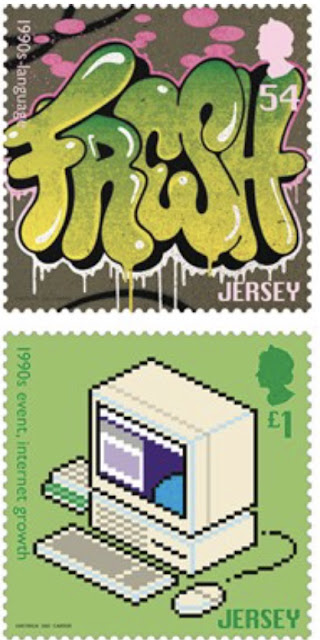 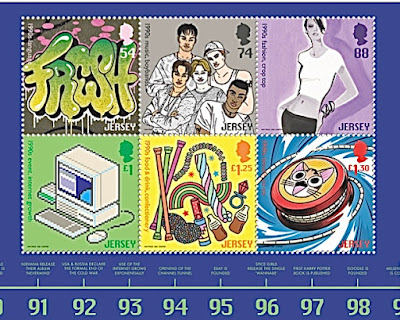 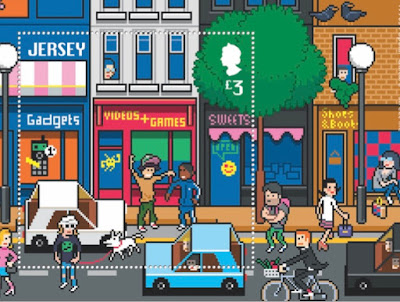 🇵🇰 Meanwhile, an altogether different kettle of fish from the postal service of Pakistan, with the issue on 21 May 2021 of a se-tenant pair of hexagonal stamps which commemorate the 70th anniversary of the establishment of its diplomatic relations with The People’s Republic Of China. These designs by Mughiz Khan must be some of the least interesting of the year depicting as they do views of two sea ports. The issue was lithographed by National Security Printing Company Karachi and the stamps are perforated 13. Rating:- *. 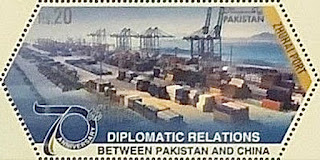 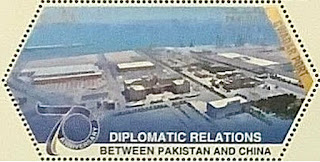 🇮🇳 India Post is expected to release a single stamp on 10 June 2021 as a joint issue with the German postal service to commemorate the 70th anniversary of diplomatic relations between the two countries. The design depicts German and Indian dancers as well as important monuments in the two countries. Rating:- ***. 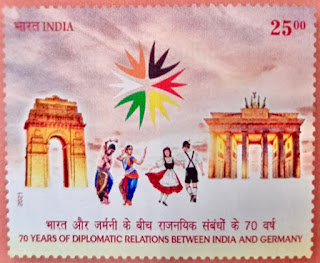