🇨🇾 Cyprus Post issued a single stamp on 6 May 2021 to commemorate Efrosini Proestou (1903-93) who is known as the Lady of Lapithos, a hero of the 1974 struggles in the island. The issue was lithographed by Baltic Banknote High Security Printing.  Rating:- ***. 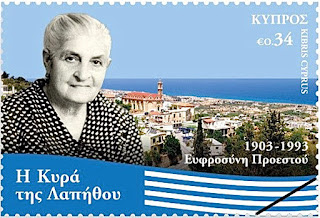 🇬🇧 Let’s be honest. After the break-up of The Beatles does not the work of English musician Paul McCartney become little more than a footnote in British music history? So the commemoration of this aged songwriter and musician using the tired old formula showing his post-Beatles music album covers, of which most of the people of Britain are now blissfully unaware I should think, is probably misjudged by Royal Mail which is still hoping that the remaining enthusiasts for music of a bygone age are around in sufficient numbers to want to spend very large amounts of money on stamps and other products which feature him. If Royal Mail had waited until next year they would at least have been commemorating his 80th birthday.

This assault on the collector’s pocket to be carried out from 28 May 2021 onwards is made up of many, many items but principally a set of 8 stamps (total cost £10.20p), 1 miniature sheet containing 4 different stamps (£5.10p), 1 ‘Collectors sheet containing 1 each of 6 of the values and two each of the other two all with attached labels (£13.00), 3 different ‘fan sheets’ (2 at £7.50 each and the other sold for £10.90), 1 Prestige booklet sold for £20.25p containing 4 different panes including 1 pane of Machin Head definitive (2x 1st, 2x 2p, 2x10p, 2x50p plus one stamp-sized label depicting the performer), 1 ‘limited edition Prestige booklet similar to the ordinary edition but with a different cover (£49.99p) and 1 counter booklet containing 4 x 1st Class rate Machin Head definitive plus 1 each of the 1st Class stamps (£5.10p). That makes, I think, if you ignore the rest of the paraphilatelic detritus being offered for sale along with these items, a total cost of £129.54. Good luck with that one, anyone who must have ‘one of everything’.

The proud designers of this issue are Baxter and Bailey and the stamps were lithographed by International Security Printers and are perforated 14. Rating:- 0. 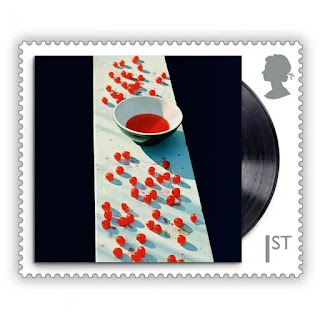 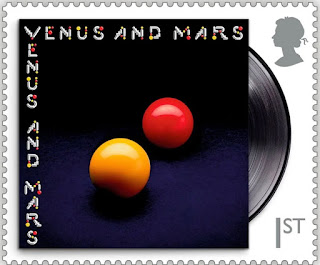 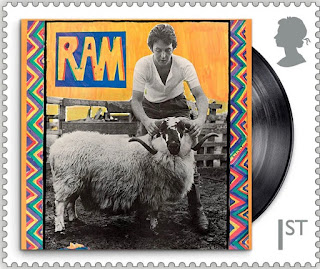 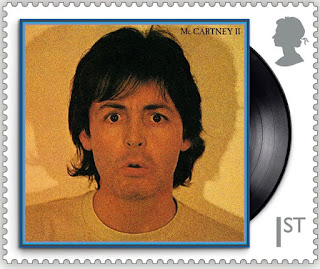 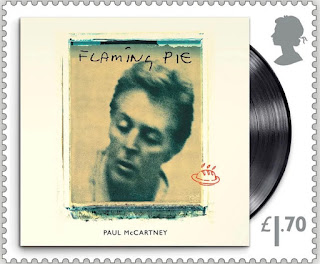 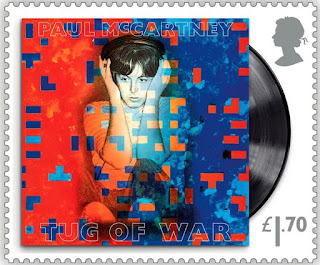 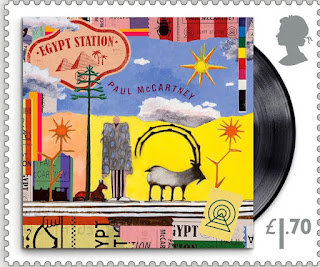 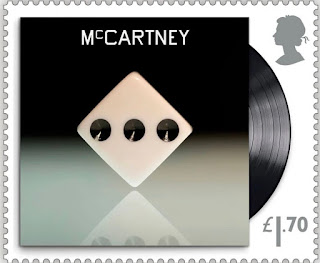 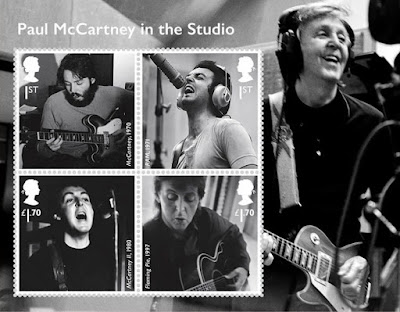 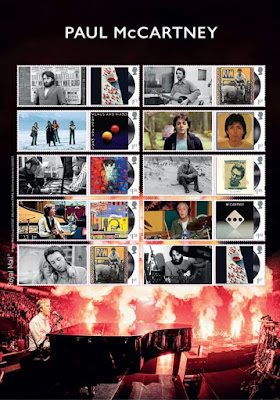 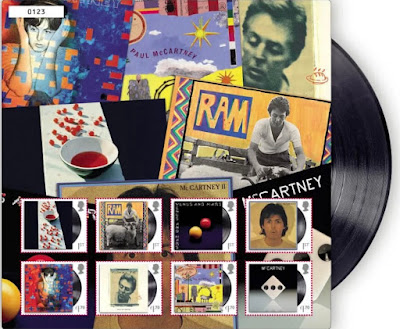 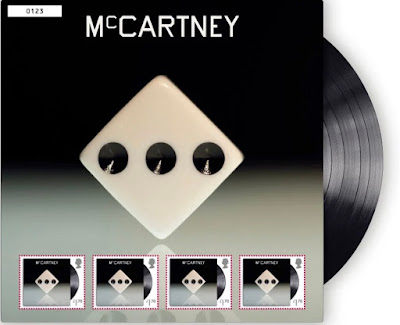 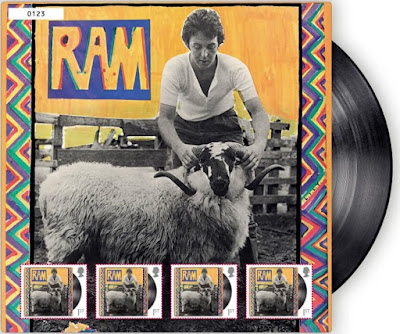 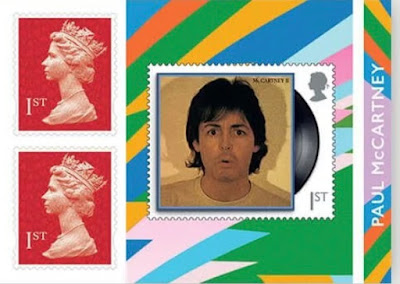 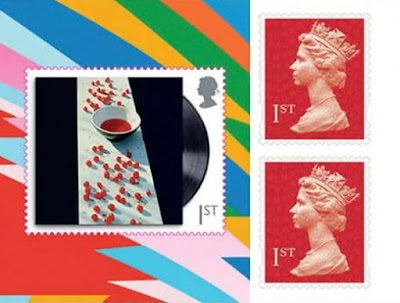 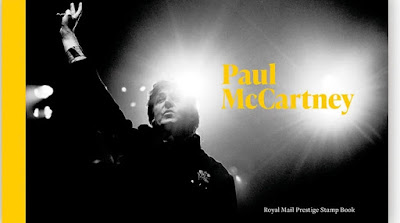 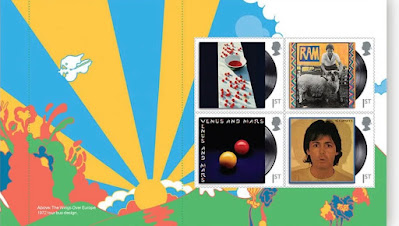 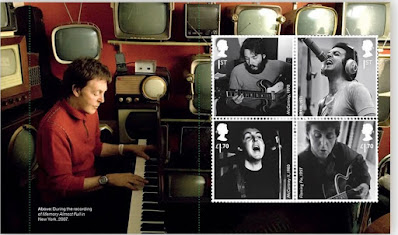 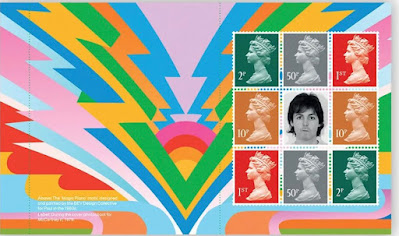 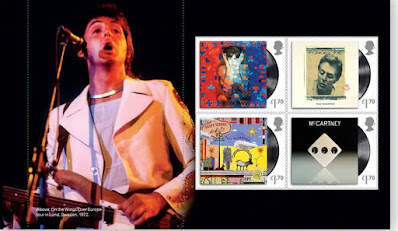 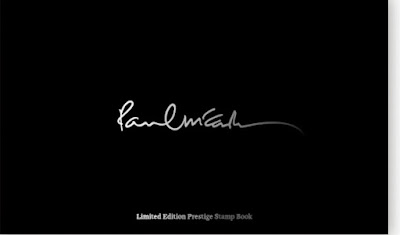