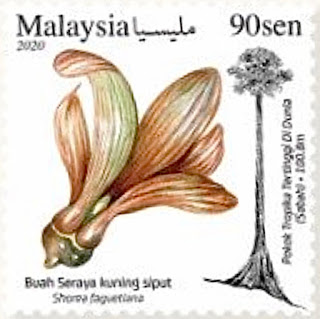 🇲🇾 Pos Malaysia will issue 1 stamp and 1 miniature sheet containing a single stamp on 29 December 2020 on the subject of the world’s tallest tropical tree - the Meranti called Menara which is located in the Danum Valley in Lahad Datu in Sabah. The miniature sheet is very long vertically which gives an impression of the proportions of this spectacular species of tree. Rating:- ****.

Meanwhile Pos Malaysia’s issue to commemorate the 125th anniversary of the Constitution of the State of Johore will now be released on 27 January 2021 rather than on the previously announced date of 31 December 2020.

🇬🇬 The Guernsey Post 6 stamp set (Blog 1790) commemorating the Chinese New Year, Year of the Ox, which is to be issued on 26 January 2021 will inevitably be accompanied by a miniature sheet containing all 6 stamps (cost £4.70p) and a ‘limited edition gold replica souvenir sheet’ which can be yours for a mere £98. Rating, of course:- 0. 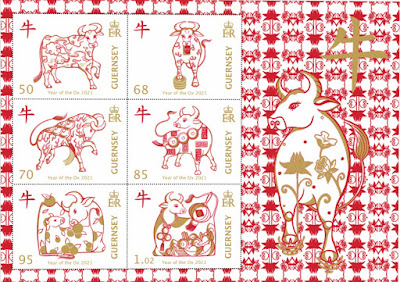 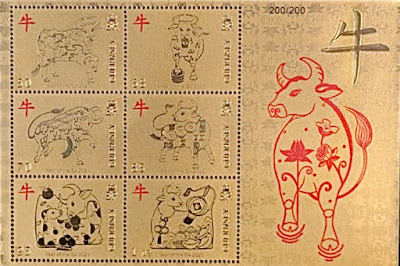 🇨🇦 The current cycle of Canada Post’s often quite stylish but ultimately profoundly tedious Lunar new year series, which has dragged on for 12 years, comes to an end in 2021 and, one supposes inevitably, the postal authority is to issue a sheetlet to commemorate the end of the current series - a little too self-referential for me - which combines all 12 domestic rate stamps from the series. Doubtless it will be Big in China. Further details are awaited. Rating:- **. 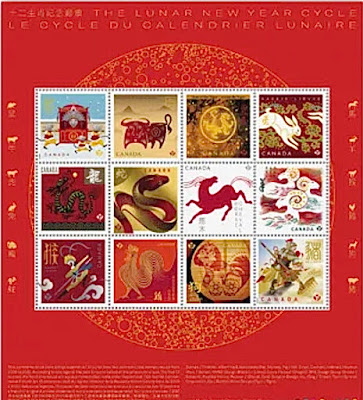 🇮🇳 India Post commemorated the 101st Birth anniversary of the late Manikchandra Vajpayee, a journalist of national repute, by releasing a single stamp in 27 December 2020. The issue was originally intended to commemorate the Birth centenary but the stamp was released more than 1 year after that particular anniversary occurred. Rating:- *. 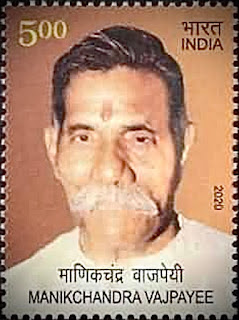