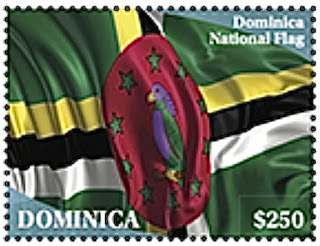 🇩🇲 In Blogs 1784 (and previously in 1778) I mentioned new issues released by IGPC with the name of the Commonwealth of Dominica printed on them but did not illustrate them as I usually do not do now with the typical products issued by that particular philatelic agency. I should have paid more attention. One of the sets titled ‘Wildlife of Dominica’ was in the form of a miniature sheet and included a stamp with a $20 face value which seems rather high for a stamp included in a miniature sheet. IGPC has now readvertised its new batch of Dominica products and now show these stamps not just in miniature sheet form but also as single stamps and there is a seventh value - a $250 stamp depicting the national flag of Dominica which of course does depict one of the country’s birds, a Sisserou parrot. Dominica uses the Eastern Caribbean Dollar which means that the face value is equal to £68.86p.

Some postal services, it must be admitted, in recent years have gradually increased the face value of its highest priced definitive stamps and I suspect, though not described as such, that this is indeed a definitive issue. When they appear, the extremely high face values are usually said to be for parcel post or use with an Express Mail Service (previously they were more likely to have been Revenue stamps). Of course any philatelic agency selling these items does not have to sell many before it is making a profit (if it can find collectors to buy them) but we recall that some time ago, the editor of the Stanley Gibbons Stamp Catalogue indicated that stamps with the arbitrary face value of more than £10 would not receive full listing in the Catalogue. IGPC has issued some very high face value stamps before including from Antigua And Barbuda, The Gambia and Grenada. I assume that this Dominica item will not be the last. 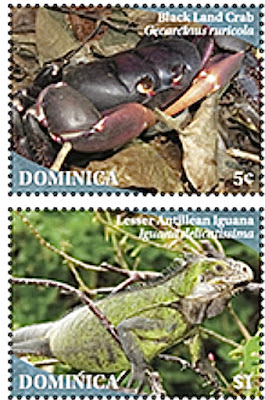 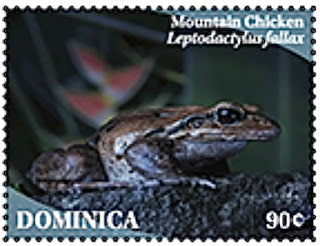 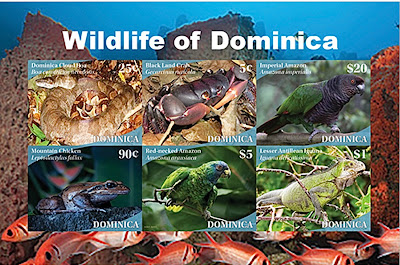 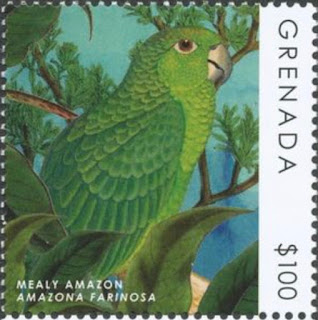 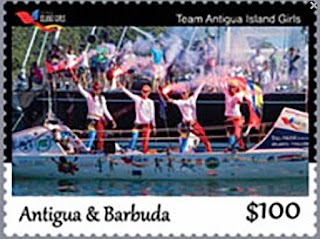 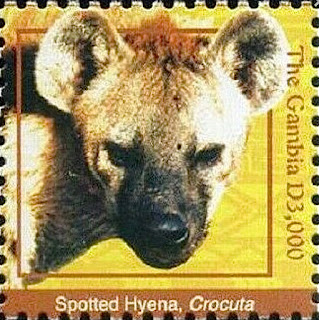 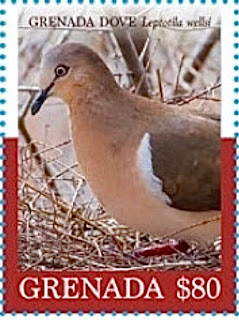 🇬🇩 On the subject of Grenada, IGPC has also now announced the release of 5 new low value definitive stamps with the country’s name printed on them. The stated date of issue was 7 December 2020. Rating:- **. 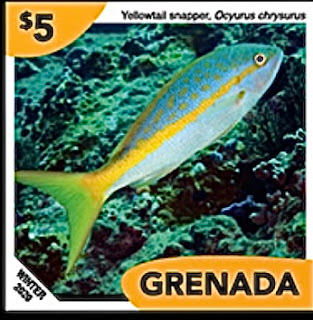 IGPC has also announced some more items it has recently released:-

🇲🇲 The postal service of Myanmar will issue the final 2 stamps in its ongoing Artists series on 18 December 2020. This has been a wonderful series - highly original, colourful and interesting. The stamps were designed by Shwe Yoe Yar and Thiha Lwin and lithographed by the Security Printing Works Myanmar and are perforated 14. Rating:- *****. 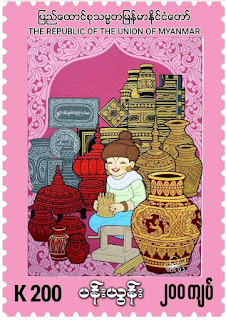 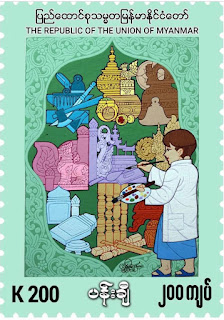