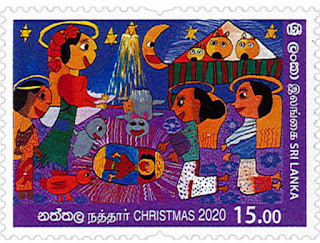 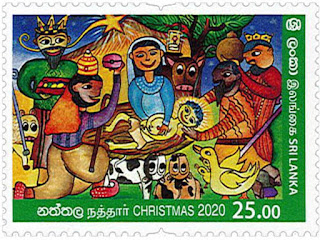 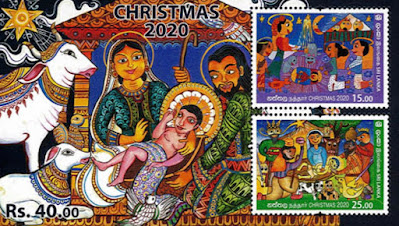 🇮🇲 Isle Of Man Stamps & Coins will issue a set of 4 triangular-shaped stamps in strips of 4 from sheetlets of 20 on 7 January 2021 to commemorate the Lunar new year, the Year of the Ox, which has little or no relevance to Isle of Man itself. The bold and colourful and simplistic designs are by Jay Cover and were lithographed by Cartor and are perforated 15 x 14.5 x 14.5. Totally unnecessary made worse by having a total face value for the 4 stamps of £7.86p. Rating:- 0. 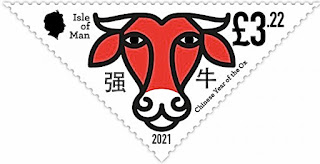 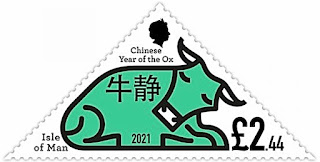 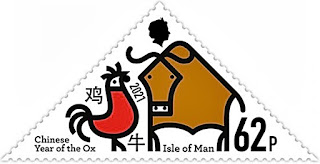 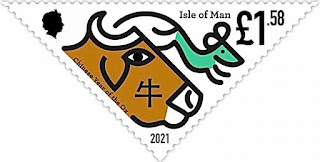 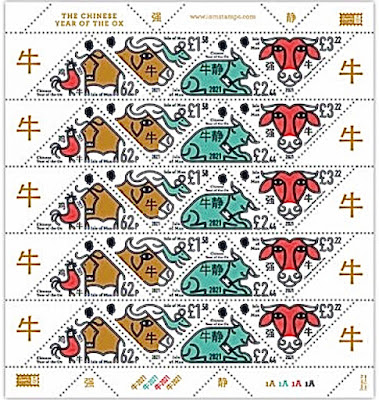 On a less sour note, Isle Of Man Stamps and Coins generously passed on a free Christmas gift to its regular customers which took the form of a miniature sheet containing 6 different previously released stamps all on the subject of the First World War. The sheet is titled ‘For King & Country’. I’m sure the customers of Isle Of Man Stamps and Coins will be very grateful for this lovely gift as well as the Christmas card which accompanied it. 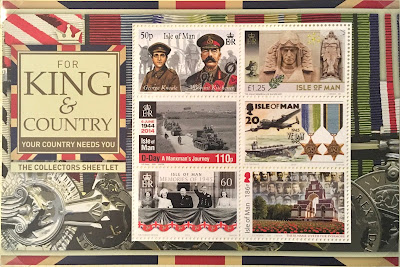 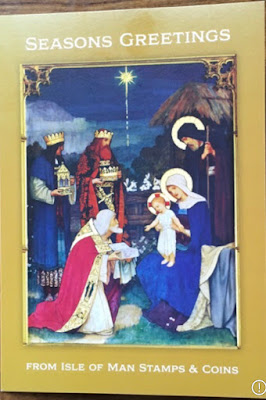 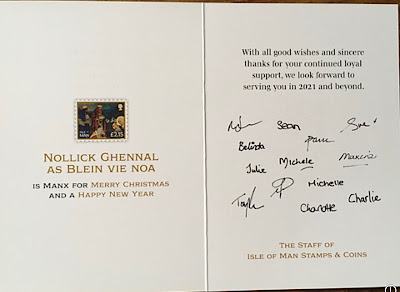 🇨🇦 Canada Post also sent out an attractive pre-stamped postcard to its customers which uses the designs of two of this year’s Christmas stamps which feature the art of Maud Lewis. 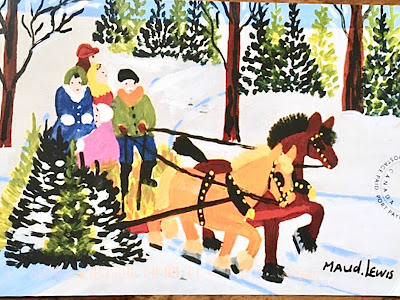 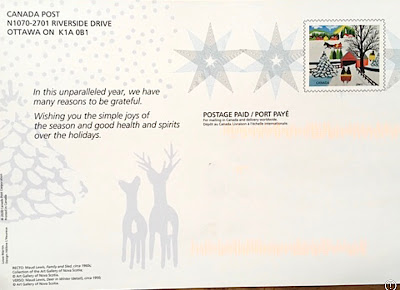 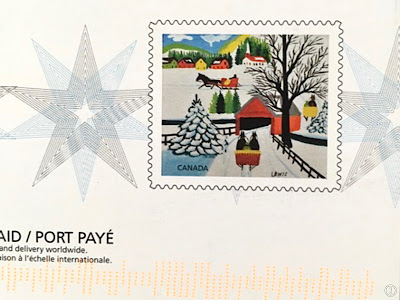