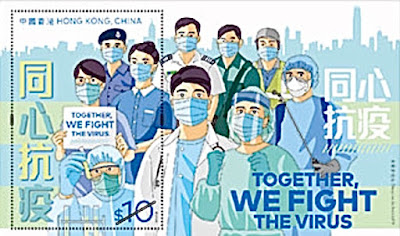 🇭🇰 Hong Kong Post  will issue 2 miniature sheets, each containing a single stamp, on 29 December 2020 on the subject of the Fight against COVID-19. One is said to be “recognition of the heroes across the community for their fight against the virus” and the other is “in gratitude for the Central Government’s support to Hong Kong’s anti-epidemic efforts” (imagine Royal Mail issuing stamps which expresses “gratitude” to the “Central Government” here in Britain for its hard work and efforts!). Rating:- ****. 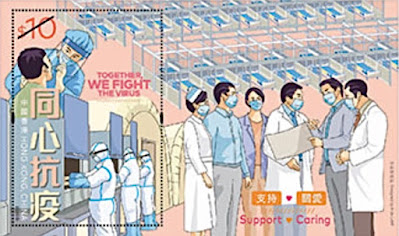 🇲🇹 MaltaPost issued a miniature sheet containing a single stamp on 17 December 2020 to commemorate the 250th Birth anniversary of the German music composer, Ludwig Van Beethoven, a subject of no real direct relevance to the island of Malta as far as I am aware. The item was designed by Miguel Farrugia and was lithographed by Printex and is perforated 14. Rating:- *. 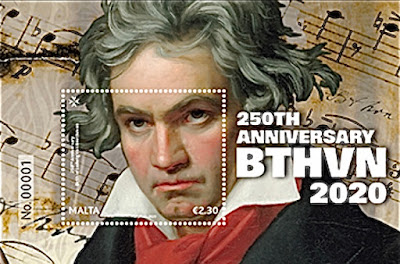 🇮🇳 India Post issued a single stamp on 17 December 2020 to commemorate the Centenary of the birth of Sheikh Mujibur Rahman, the father figure of India’s neighbour, Bangladesh. The issue was launched in a ceremony hosted jointly by Narendra Modi, the Indian prime minister, and Sheikh Hasana, the prime minister of Bangladesh. Rating:- ***. Similar stamps have been released by the postal services of Nigeria, Bhutan and Bangladesh itself. 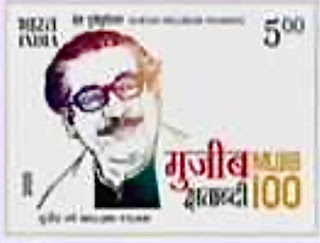