🇮🇴 The administration of the British Indian Ocean Territory has issued 6 Christmas stamps featuring mainly snow which I guess is something entirely alien to the territory. The stamps are cheerful and amusing but clichéd what with appearances from a reindeer, a penguin, a snowman and a European robin. Fun designs but wholly irrelevant to BIOT. Couldn't the designer have come up with something with a local twist if Christmas stamps really are necessary from this territory? In many ways one feels that these designs are much more appropriate to British Antarctic Territory than to British Indian Ocean Territory. The issue was lithographed by Cartor with a date of issue of 21 November 2018. Rating:- *.

🇳🇿 New Zealand Post issued a miniature sheet containing 3 different stamps on 11 November 2018 to commemorate the holding of the New Zealand national philatelic exhibition, the Armistice Stamp Show 2018, in Dunedin from 11 to 13 November 2018. The issue was designed by Stamps and Collectables Business, Whanganui and lithographed by Southern Colour Print. A colourful and attractive item. Rating:- ***. 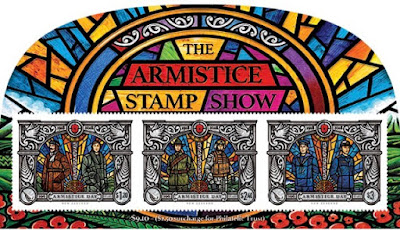 🇲🇾 Pos Malaysia earlier this year issued 2 Setem ku (personalised) stamps in 3 different sheetlets of 10 to commemorate Malaysia's prime minister, Tun Dr Mahathir Mohamad, who began a second term as premier on 10 May 2018 having led the country from 16 July 1981 to 31 October 2003. The sheet photographs include depictions of him with his wife, Tun Dr Siti Hasmah Mohd Ali. While I wouldn't wish to add the 3 sheets to my Malaysia collection I shall obtain the 2 stamps. Rating:- ***. 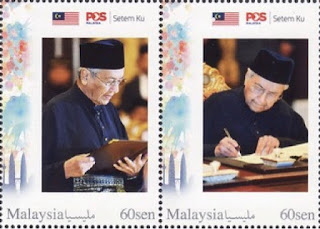 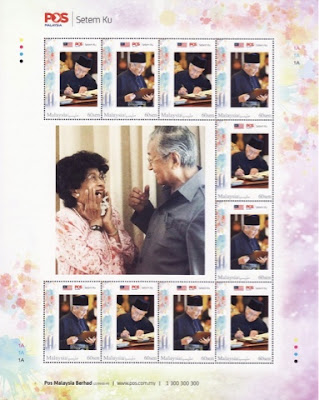 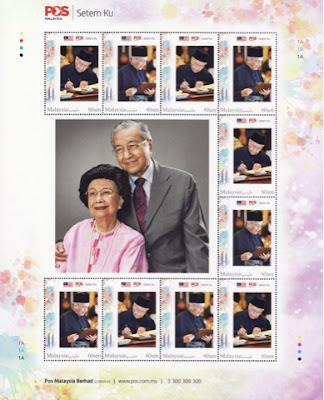 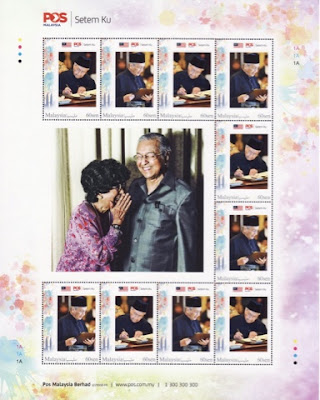