🇵🇳 Bounty Post, the postal service of Pitcairn Islands, will issue a miniature sheet containing 6 different stamps on 11 November 2018 to commemorate the Centenary of the end of the First World War. Unfortunately the designs make no attempt to link the subject with Pitcairn itself. The issue was designed by Denise Durkin and lithographed by Southern Colour Print. Rating:- **.

🇬🇮 The Royal Gibraltar Post Office will issue a set of 6 stamps and 1 miniature sheet on 2 November 2018 which will be titled 'The birth and adoration of Jesus Christ' which I take to be this year's Christmas issue. The issue was designed by Stephen Perera and lithographed by BPost Security Printers. It is quite refreshing to have stamps which remind us what Christmas was all about originally. Rating:- ****. 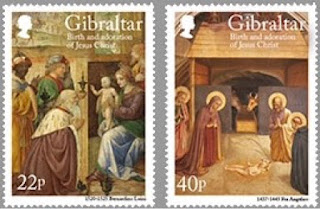 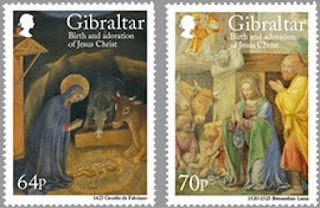 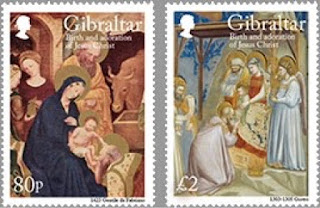 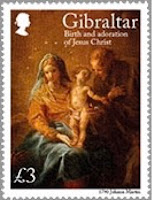 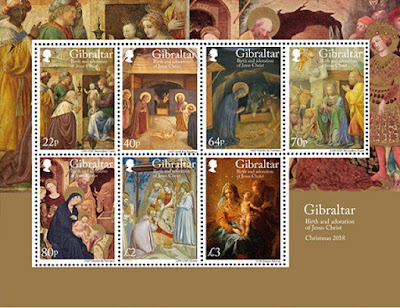 On the same date, 2 November 2018, Royal Gibraltar Post Office will also release a pair of stamps in a miniature sheet to commemorate the 25th anniversary of Calpe House in central London where sponsored medical patients from Gibraltar can be accommodated for free while receiving treatment in London. The facility was opened in 1993 as the result of public subscription and support by the Gibraltar government. The issue was designed by Stephen Perera and Leslie Gaduzo and lithographed by BPost Security Printers. Rating:- ****. 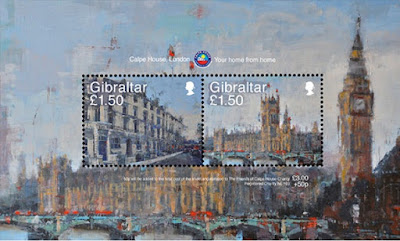 🇮🇲 In Blog 1321 I mentioned the Isle Of Man Post Office Christmas issue which features characters from the comic The Beano. I mentioned the self-adhesive stamps which accompanied the set and sheetlet and suggested that they were were dispensed from an automatic machine but this was incorrect as they are produced in sheetlets of 24 stamps meaning that each sheet contains 3 complete sets of 8 different stamps as illustrated below. 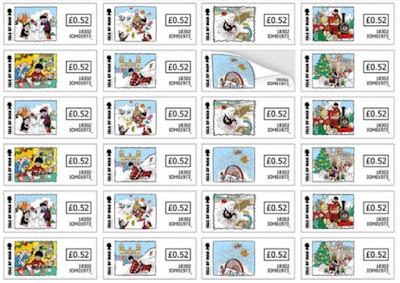