🇮🇴 The postal service of British Indian Ocean Territory released a set of 4 stamps on 11 November 2018 to commemorate the Centenary of the First World War. It seems perfectly reasonable for the territory to issue stamps on this subject as it is effectively a large military base. The designs are quite effective. Rating:- ****. 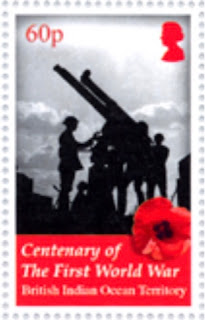 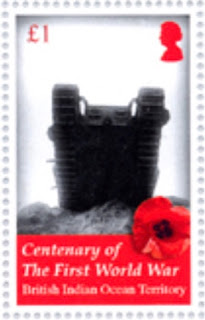 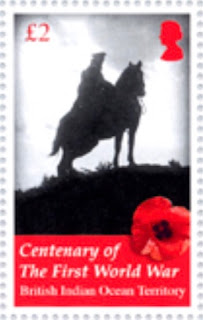 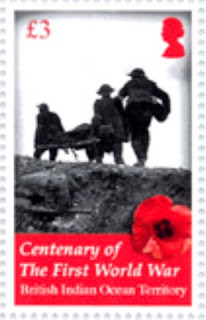 🇲🇺 Mauritius Post issued an excellent single stamp on 12 November 2018 to commemorate the Centenary of the end of the First World War with the design depicting an impressive local war memorial. Rating:- *****. 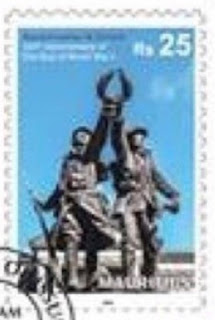 🇸🇧 Stamperija has not so far this year claimed to have released any of its tiresome and expensive paraphilatelic items with the name of Solomon Islands printed on them. The last release is dated on its website as having been 7 December 2017. This does not mean that Stamperija productions for Solomon Islands have ceased - no products were released by Stamperija in the name of Mozambique from 10 February 2017 to 15 February 2018 but then resumed in earnest.
So we can not be sure that items from Solomon Islands depicting inappropriate subjects such as polar bears are things of the past but it is worth noting that a new government under prime minister Rick Houenipwela came to power in Solomon Islands on 15 November 2017 and one can not help but speculate that this change in administration may have resulted in the contract between Solomon Islands and Stamperija having been terminated. Well time will tell I suppose. 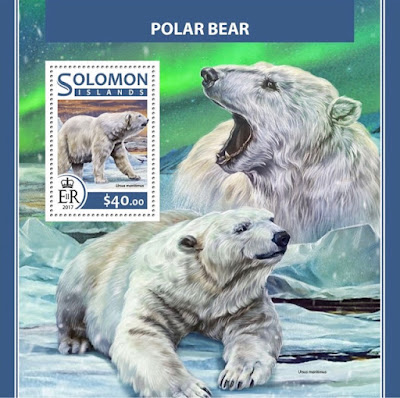 Other Commonwealth postal administrations/philatelic entities which do not appear to have issued stamps or had stamps issued in their name during 2018 up to early November are those of - Anguilla, Barbados, Belize, Brunei Darussalam, Cameroon, Dominica, Ghana, Lesotho, Nigeria, Rwanda, St Kitts, Saint Lucia, Samoa, Seychelles, Turks And Caicos Islands, Uganda and Zambia. It will be some months at least before we know with a reasonable degree of certainty which postal services did not issue stamps during 2018 but it's interesting that as many as 18 Commonwealth philatelic entities are still not known to have issued any stamps so late in the year.