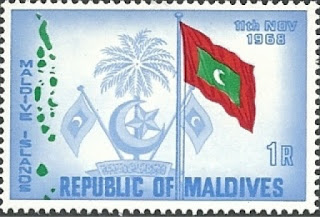 🇲🇻 The Maldives government agreed on 20 November 2018 that it would apply to rejoin The Commonwealth following the elections which were held September 2018 leading to the defeat of the then President Yameen Abdul Gamoon who withdrew the Indian Ocean island state from the organisation in October 2016 as he came under increasing criticism for his oppressive rule in the country. The new government, led by President Ibrahim Mohamed Solih, agreed to apply to rejoin The Commonwealth feeling that the advantages of membership included access of young Maldivians to educational scholarships and its athletes to international sport as well as help in upholding and promoting human rights, freedom of expression and democracy.
Wouldn't it be nice too if this progressive new government could see the benefits of disposing of the contract it has with its current philatelic agents?
🇿🇼 Meanwhile negotiations for another former member to rejoin The Commonwealth continue, in
late September President Emerson Mnangagwa of Zimbabwe met the Secretary-General of The Commonwealth, Lady Patricia Scotland, amid headlines which stated 'Zimbabwe on verge of rejoining Commonwealth' which may not be exactly correct as rejoining The Commonwealth appears to be almost as difficult as leaving The European Union and will actually involve a process which will continue until the next Commonwealth Heads Of Government meeting which will take place in Rwanda in 2020.
🇬🇧 As most people will know by now, but something I haven't yet quite got round to mentioning, Royal Mail issued a highly premium-priced (face value of stamps £6.70, cost of item £15.95) 'commemorative sheet' (10 first class rate stamps with attached labels) a little while ago to note United For Wildlife, a project created by The Royal Foundation of The Duke and Duchess of Cambridge and The Duke of Sussex. A worthwhile cause and something worth noting but do stamp collectors have to pay so much for such an item and are any profits going to support the project? if not then it's all rather cynical on the part of Royal Mail. Rating:- 0. 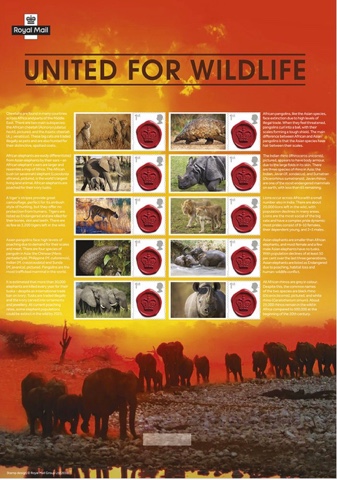 🇮🇳 In Blog 1334 I illustrated the miniature sheet which was issued by India Post on 3 November 2018 to commemorate Children's Day and I now illustrate the 2 stamps which it contains. One of them appears to depict a rather unusual version of Father Christmas. 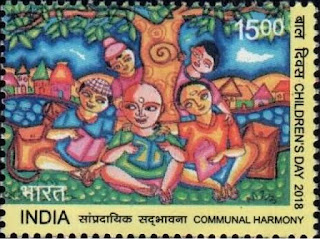 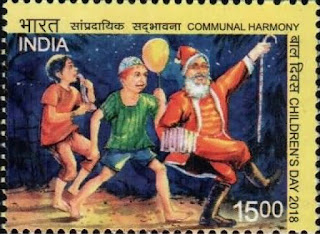