🇧🇼 While the South African Post Office is busy commemorating the birth centenary of former President Nelson Mandela with several stamp issues, Botswana Post has also been philatelically celebrating the life of another notable Commonwealth statesman, the former President of Botswana, Sir Ketumile Quett Joni Masire on the occasion of the first anniversary of his death on 22 June 2017.

Quett Masire, as he was then known, became President of Botswana in 1980 after the death of the country's founding father, Sir Seretse Khama. It is a tribute to these first two presidents that throughout its modern history Botswana has remained a stable and prospering democracy unlike many other states across Africa.
The issue was designed by Baboloki Somolekae and lithographed by Southern Colour Print and perforated 13.5. The P7.00 value depicts Sir Ketumile Masire with the late Nelson Mandela. Rating:- ****. 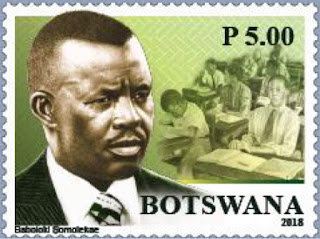 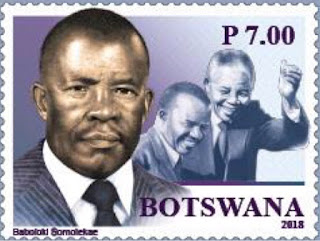 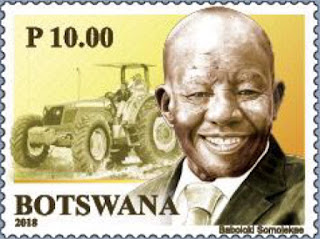 🇬🇬 Guernsey Stamps 'tweeted' on 18 July 2018 that its Post and Go kiosk GG03 situated in the Guernsey Information Centre in St Peter Port had dispensed on that day strips of the 'Flowers' Post and Go stamps with additional inscriptions applied to commemorate the visits of the cruise ships Black Watch and Columbus to the island on that date.

🇮🇲 Isle Of Man Stamps And Coins will issue a set of 6 stamps on 1 August 2018 to mark the Centenary of the end of the First World War by depicting ANZAC war memorials which were designed by Rayner Hoff who had been born in The Isle Of Man in 1894 and studied at the Nottingham School of Art and then fought in France during the War. After the War he studied in Rome and in 1923 he became Director of sculpture and sketching at East Sydney Technical College in Australia and from 1931 to 1934 worked on sculptures and panels for the ANZAC War Memorial in Hyde Park in Sydney. It is this achievement which is commemorated by this stamp issue.
The set was designed by Louise Cornwall and lithographed by Lowe Martin and perforated 13. A worthy issue with some relevance to the Isle Of Man. Rating:- ***. 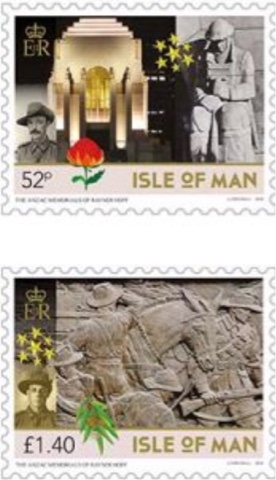 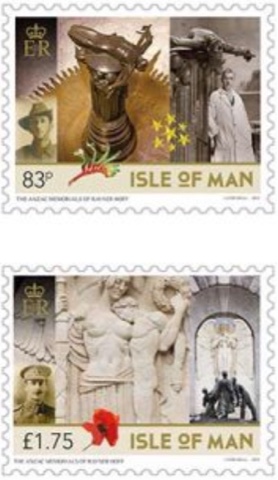 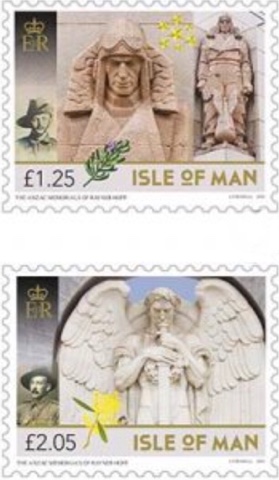 🇳🇪🇹🇬 Nothing to do with The Commonwealth except of course that the issues commemorate a great Commonwealth statesman - 2 more Nelson Mandela Centenary issues which form part of the Pan-African Postal Union (PAPU) omnibus issue, this time from Togo and Niger. Here, as well as single stamp miniature sheets, there are sheetlets of 6 identical stamps. Interestingly, although these stamps are from Francophone countries, the inscriptions on the stamps are entirely in English:- 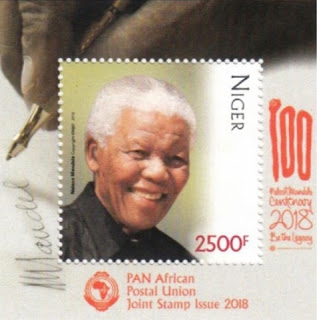 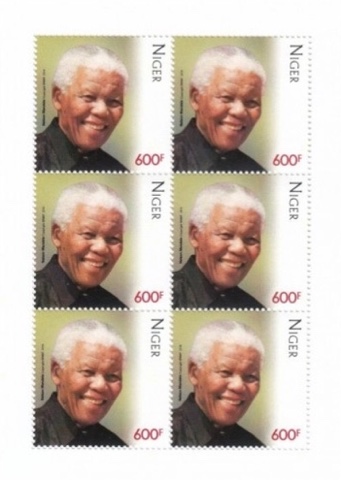 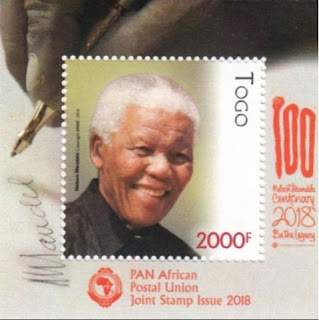 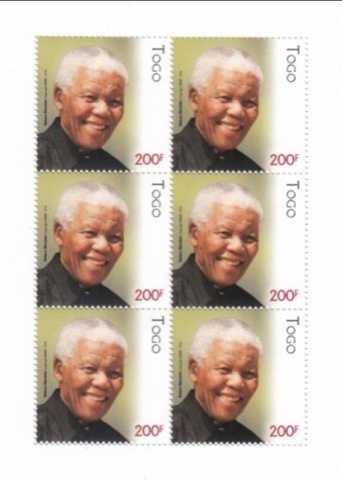