Pobjoy Stamps has announced the issue of a mini-omnibus series of stamps which commemorate the Wedding of The Duke and Duchess of Sussex. On 23 July 2018 several territories will begin to each release a set of 4 stamps and an accompanying miniature sheet the production of all of which was carried out by Creative Direction Ltd.

The participating territories are:- Ascension, Bahamas, Falkland Islands, South Georgia And The South Sandwich Islands and Tristan Da Cunha (all due to be released during August 2018), British Antarctic Territory (due to be issued on 23 July 2018) and British Virgin Islands (release date to be confirmed).
🇬🇧 The British Antarctic Territory issue was designed by Bee Design from photographs supplied by Getty Images and lithographed by Cartor and perforated 13.5. As usual with items emerging from Creative Direction, the photographs used in the designs seem to be very well chosen and attractively presented. Rating:- *****.
Thanks to Juliet Warner of Pobjoy Stamps for the above information. 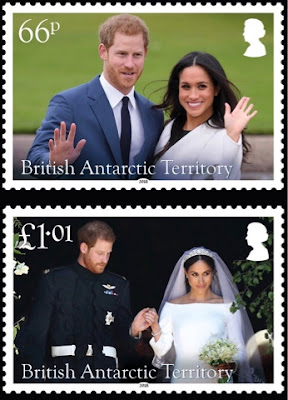 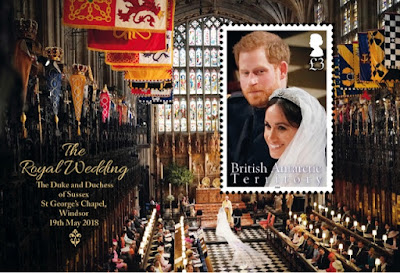 🇬🇮 In Blog 1225 I drew attention to the Royal Gibraltar Post Office's Cryptocurrency miniature sheet, a gimmick issue released in an edition of 50000 miniature sheets of 4 stamps with a value in cryptocoinage attached to them. The lure of the cryptocoin value has made one internet auction site seller value a miniature sheet of 4 as being worth a speculative £1501.51p (the face value of the stamps is just £2!) though an edition of 50,000 from the philatelic point of view is very large in these current times when new issue collecting is relatively unpopular. To be honest, this cryptocoinage speculation is way beyond my understanding but you can be sure that you will see none of these stamps commercially used on mail from Gibraltar, I'll be bound. 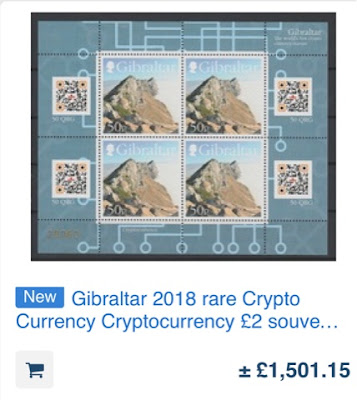 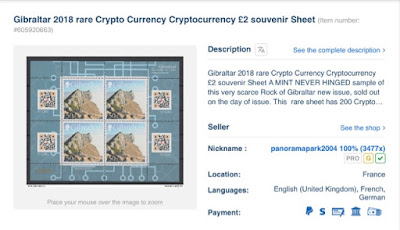 🇧🇩 My attention has been drawn by Gene W. to a useful website which features the new issues of Bangladesh Post. I thank Gene for this valuable information. The site features the following issues which have not been mentioned previously in this Blog. I do not know the dates of issue apart from the fact that they were all released during 2018.

2018 - 45th Session of the Organisation of Islamic Co-operation Council of Foreign Ministers - 1 stamp:- 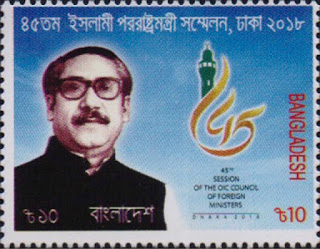 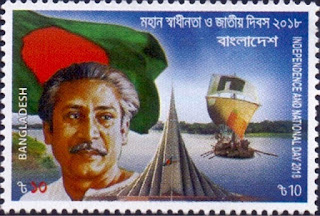 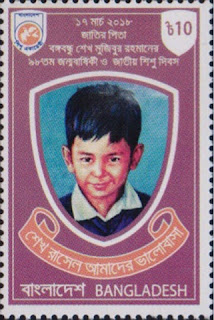 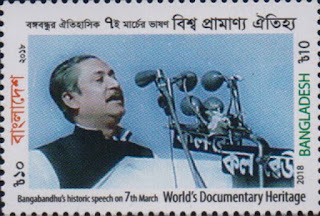 2018 - Book Fair on International Mother Language Day - 2 stamps as a se-tenant pair with label in between and 1 miniature sheet:- 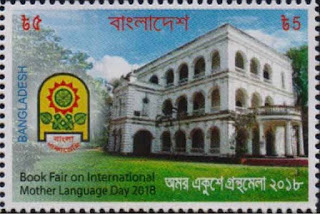 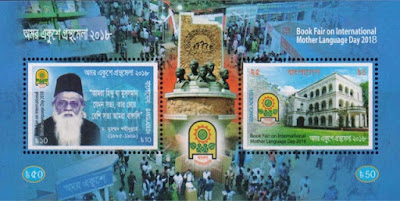 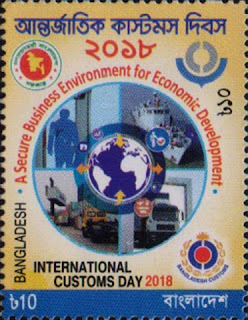 
🇿🇦 The South African Post Office has outlined its new issue programme for 2018 (yes, I know it's July). This is the plan:-

It does appear that some of the dates of issue which appear on the list have not been realised.