🇮🇪 A number of new issues have been announced and detailed by An Post, the postal service of The Republic Of Ireland. 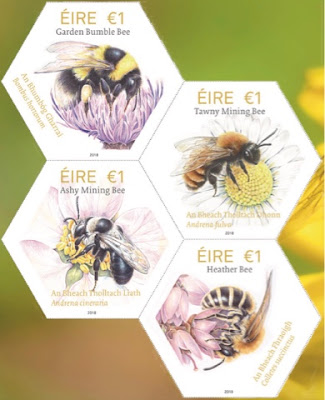 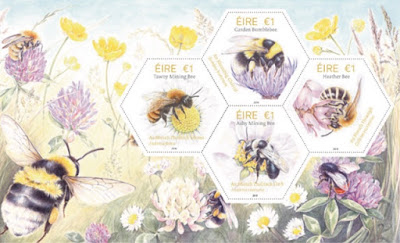 26 July 2018 - World Meeting Of Families and Papal visit of Pope Francis - 2 stamps and 1 miniature sheet. Designed by Vermillion Design and lithographed by Cartor and perforated 13.5. Rating:- ****. 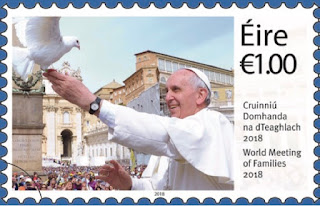 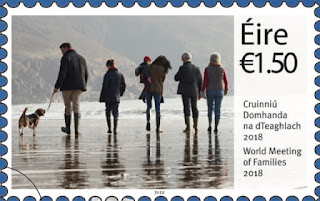 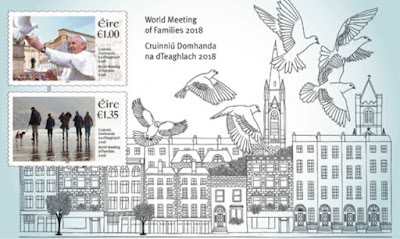 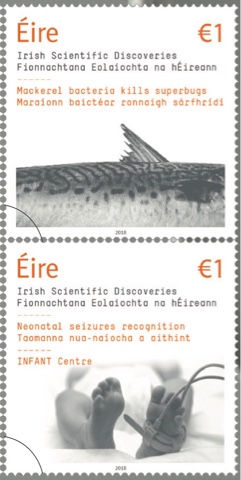 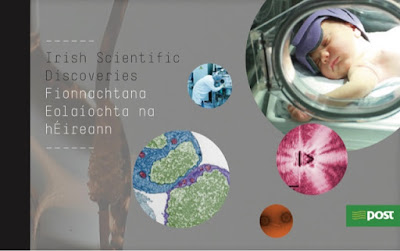 This information is contained in the Philatelic Bureau's The Collector and at the end is an editorial on the future of stamp collecting which appears to suggest that the use of digital technology may rekindle an interest in stamp collecting even among the young.
The piece points out correctly that 'supply is slowly exceeding demand' but also states that 'values are not growing at more than the rate of inflation, if even that' though I find the phrase to be ambiguous (does it mean that the values of the stamps in our collections are not rising in advance of inflation or that the (face) values of newly issued stamps are not rising with inflation [which I feel is incorrect]?).
The piece seems to suggest that the secret to increasing interest in stamp collecting is to broaden the use of digital technology in our hobby. It even suggests that 'on-line galleries might become the new albums for everyone' though this seems to rather ignore the fact that stamps are actually physical items which have to be stored somewhere so physical albums rather than on-line albums will have to be with us always unless we want to set up an online photo collection which we call our 'stamp collection' which of course it patently isn't - it would be an online photograph collection and nothing more.
The article points out, as mentioned above, that 'SUPPLY is slowly EXCEEDING DEMAND'. Yet various philatelic entities continue to feed this excessive supply in the hope of boosting their revenues but it is this excessive supply which is putting collectors off. Therefore if suppliers know that supply is in excess to demand then why don't they cut back the number of stamp issues they release? It may take a long time but collectors might find stamp collecting to be attractive again if they don't have so many items to buy to maintain a 'complete collection'. If there are too many available items to achieve the goal of completeness then collectors ask themselves 'What's the point?' and give up completely. That would be a much more effective way of attracting collectors back to the hobby as well as newcomers than trying to find ways of fitting a computer into the hobby. 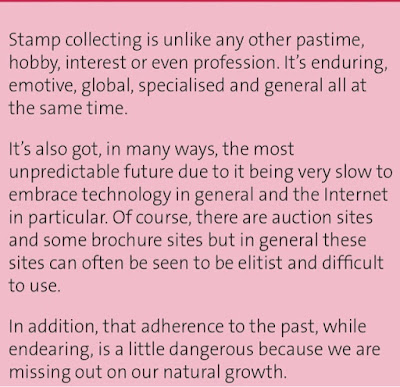 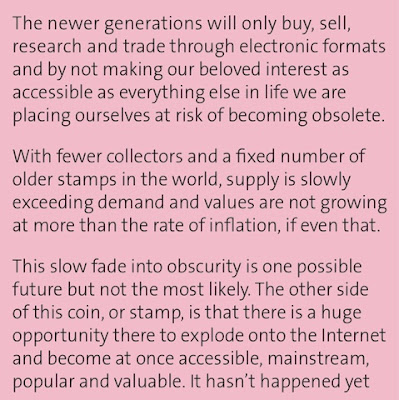 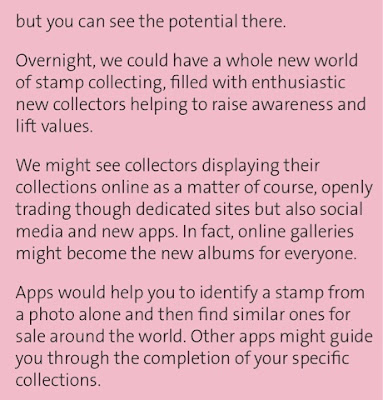 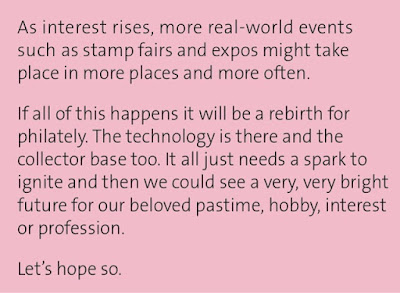 🇮🇳 India Post issued a single stamp on 8 July 2018 to commemorate Damodar Hari Chapekar who murdered a British government official in 1897 and was subsequently hanged for his crime but is now celebrated as a martyr in the cause of Indian resistance. Rating:- *. 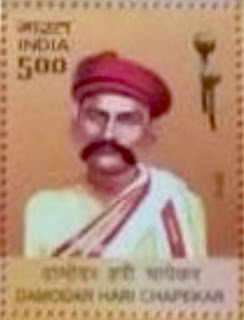 🇮🇳🇿🇦 India Post's joint issue with the South African Postal Service, mentioned in Blog 1258, will be released alongside its South African equivalent on 26 July 2018. The issues from both postal administrations take the form of miniature sheets each containing 2 different stamps. Rating:- ***. 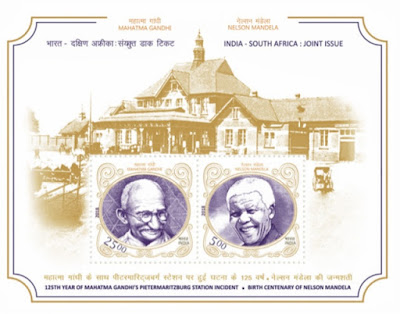 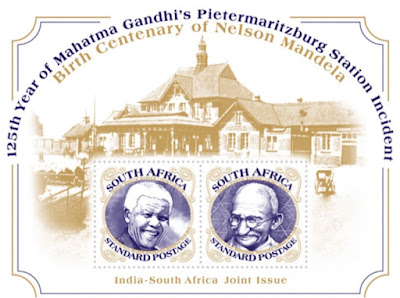