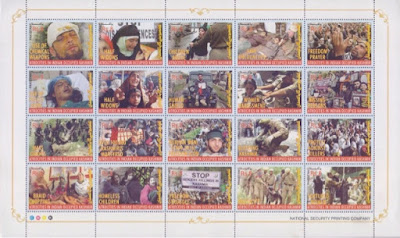 🇵🇰 In Blogs 1076 and 1077 I presented details of the most shocking stamp issue ever. The issue was a single large sheet containing 71 different stamps and it was accompanied by 18 miniature sheets which included in them all the stamps from the large sheet.The issue was released by Bangladesh Post and titled 'War Crimes In Bangladesh By Pakistan Army And Their Collaborators 1971'. The extremely disturbing images printed on the stamps - including the corpse of a child being eaten by dogs - were portrayed in stark black and white. Very rarely are stamps used to shock to quite such an extent as that Bangladesh set but there is no doubt that the issue was highly effective in promoting the country's grievances against the alleged crimes of the Pakistan Army in 1971.
As if in response now, Pakistan Post issued a sheet of 20 different stamps on 13 July 2018 to publicise 'Kashmir Martyr's Day' and 'Atrocities In Indian Occupied Kashmir'. India and Pakistan are engaged in a very longstanding dispute about the territory of Kashmir and India supported Bangladesh in its war with Pakistan. The enmity between India and Pakistan is old and deep.
This issue from Pakistan Post, like the issue of Bangladesh includes some disturbing subjects and images but probably has less impact because the stamps are printed in colour rather than stark black and white. One can not also help having an impression of tit-for-tat about the release of these stamps.
Each stamp has its own subject:- Use of chemical weapons, Use of pellet guns, Mass graves, Braid chopping, Half widows (2 stamps), 'Over 100,000 Kashmiris Martyred', Homeless children, 'Children abuse', 'Human shield', Burhan Wani (1994-2016) Freedom Icon, Freedom struggle, Fake encounters, 'Women harassment', 'Bleeding Kashmir', 'Brutality', Freedom prayer, Missing persons, Protest against killers and Tortured Women.
Collectors are therefore faced with another stamp issue reflecting the cruelty of mankind to others of its own species presented in a graphic way but perhaps mostly not as horrifically as the Bangladesh issue of 2017. The issue emphasises that one of the roles of postage stamps is as promoters of national causes or national propaganda and underlines why stamp issue release is a serious matter and should not descend to the depths of the recently produced salacious items from the notorious philatelic agency, Stamperija, which were issued in the name of the Sierra Leone postal service on the subject of the 20th anniversary of former US President Clinton's alleged sexual misconduct with Monica Lewinsky (see Blog 1257).
Rating:- *****. 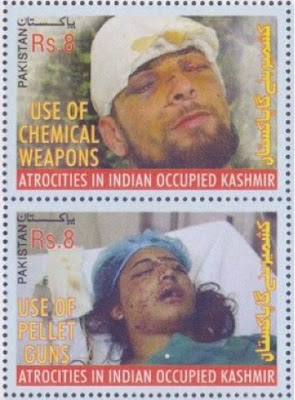 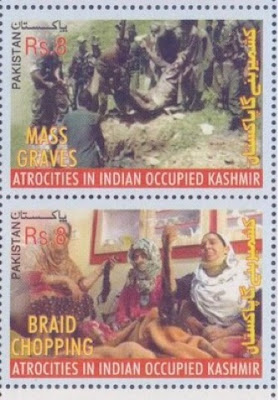 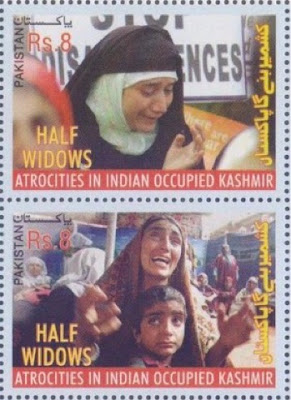 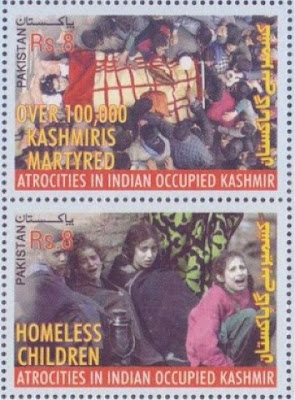 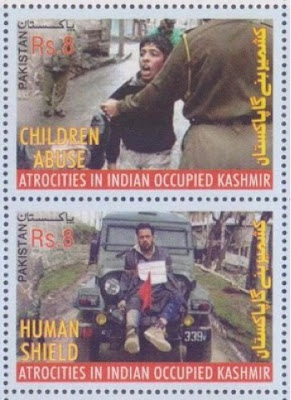 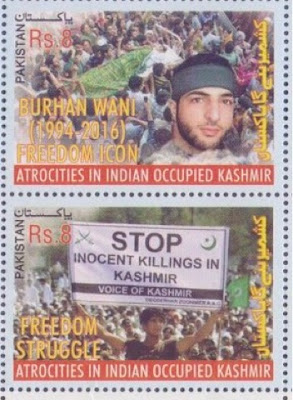 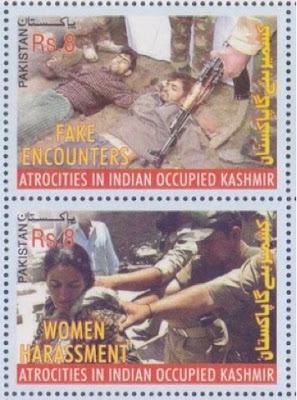 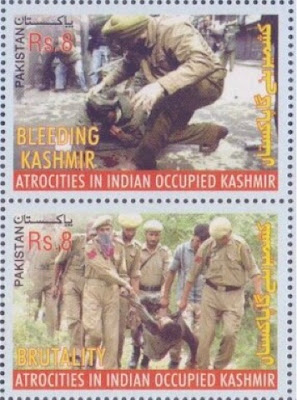 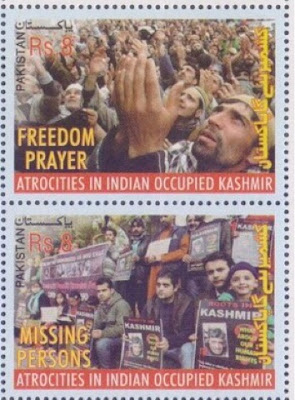 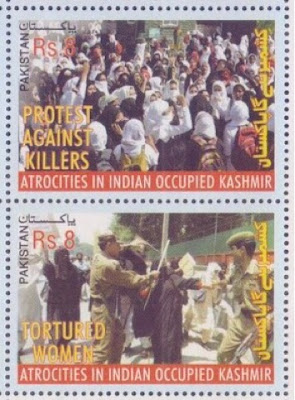