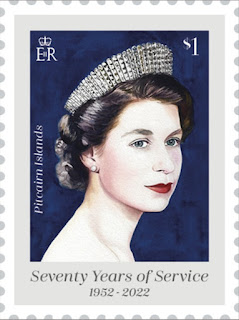 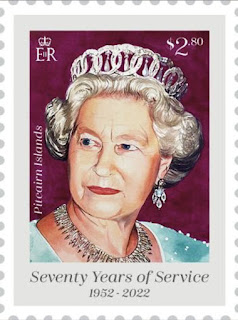 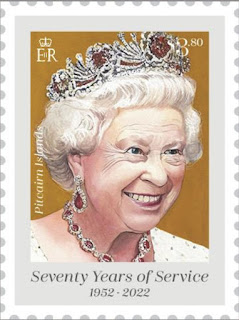 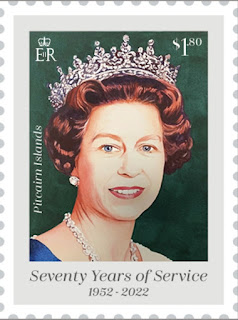 It’s hard not to feel pleasure at the news that one day after the issue of the Ukraine postal service’s release of stamps of defiance in the face of the barbaric Russian invasion of the country, the Russian warship which was featured as being mocked on the stamps, Russian Black Sea flagship the Moskva, was severely damaged by a Ukrainian missile attack on it. And now to humiliate, even more, the Russian warmonger Putin, whose rule substitutes competence by viciousness, and to make his armed forces an international laughing stuff, the news has come through that the benighted ship has actually sunk! Hopefully the Ukrainian postal service can add a third stamp to the present set and depict the Moskva lying in its watery grave at the bottom of the Black Sea. Good riddance. 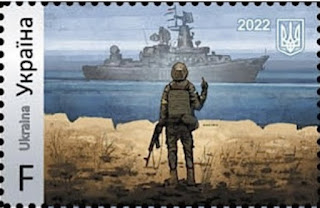 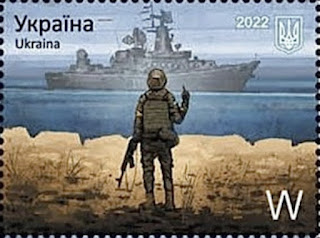