2060. 🇬🇭 Ghana Post’s Much Ado About Nothing. 🇺🇦🇺🇦🇺🇦 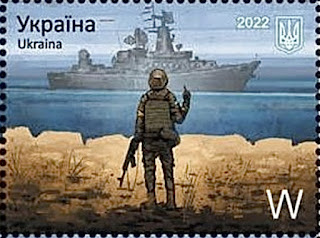 🇬🇭 Things have been a little hectic on the social media front for Ghana Post recently. On 4 April 2022 a fairly innocuous tweet from a teacher in Sweden, Loukas Christodoulou, was posted which questioned “why Ghana imports $45 million worth of postage stamps from Malta”. Christodoulou had alighted on a source which showed that Malta had exported $267 million dollars worth of postage stamps and was bemused that the small country had managed to export such a number of stamps as to make the exported goods worth so much. 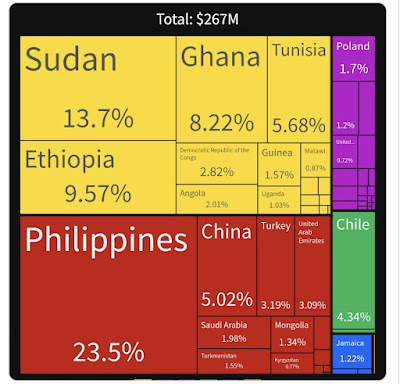 In his tweet he mentioned exports to Ghana in particular but also to a long list of other countries including Sudan, Philippines, Ethiopia, Tunisia and China were also shown as receiving ‘stamp’ exports from Malta. However the tweet was noticed in Ghana itself and went viral and the social media was full of comments about the revelation eventually resulting in Ghana Post having to make a statement that said, “As the country’s designated postal operator and the sole institution in charge of postage stamps in the country, we wish to state that the said claim about Ghana Post is not true as we have not imported any stamp (sic) from Malta and therefore implore the general public to dissociate Ghana Post from the said communication”.

It subsequently transpired that the items described as postage stamps were mostly banknotes, De La Rue the printer being based in Malta, So, it appeared the $45 million was probably related to currency rather than postage and the whole lot was nothing but a philatelic Much Ado About Nothing.

🇺🇦 Stamps in support of Ukraine.

As a special case, given the natural concern and support collectors will feel for the people of Ukraine as they bravely resist the cruel and vicious invasion of their country by Russian forces and all the suffering they continue to endure as a result of the orders of Putin, I have previously featured in this Blog (see Blog 2055) the stamps which various countries’ postal services have released to demonstrate their national support for the Ukrainians even though the stamps do not emanate from Commonwealth countries. I now add stamps on the subject from two more postal administrations- Croatia and Ukraine itself.

12 April 2022 - 2 stamps using the same design which depicts a defiant Ukrainian soldier communicating digitally his disdain to a Russian warship passing by him off the Ukrainian coast. These will be all-time iconic philatelic items of interest to collectors and historians and anyone who sympathises with the people of Ukraine. Rating:- ******. 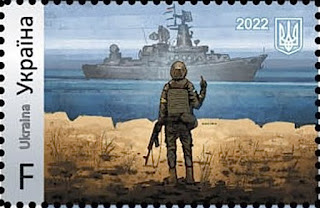 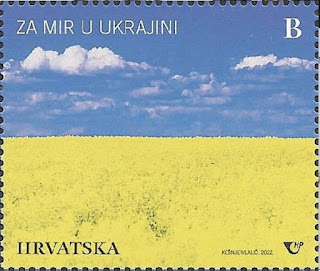 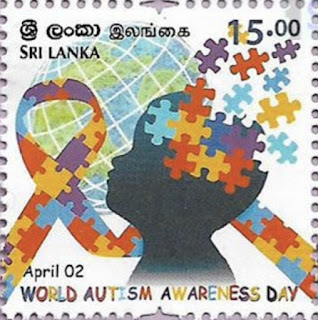 4 May 2022 - Matariki (Maori time for remembrance of the dead when the Pleiades rise in the sky) - 4 stamps and 1 miniature sheet containing all 4 stamps. Designed by KE Design and lithographed by Southern Colour Print and perforated 14. Rating:- ***. 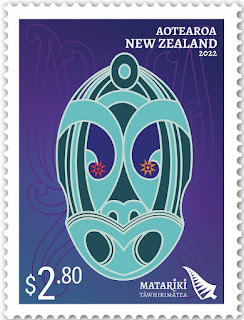 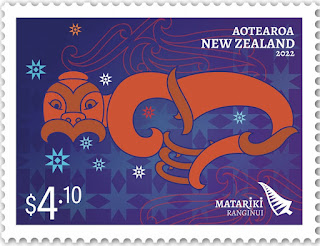 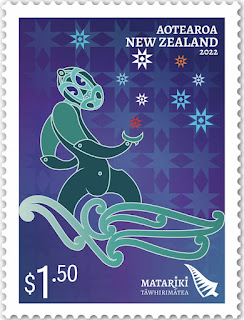 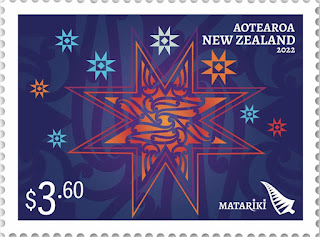 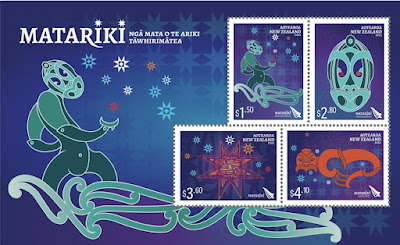