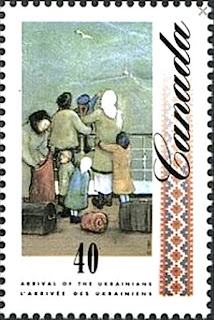 🇨🇦🇺🇦 This year, 2022, the annual Commonwealth Day celebrations take place today on Monday 14 March. In the last two years the commemorations have taken place heavily under the shadow of the COVID-19 pandemic. This year, sadly, a new monster - the Russian President Putin - takes centre stage casting a background of fear behind the Commonwealth Day celebrations as he continues his military onslaught against Russia’s neighbour, Ukraine.

Most Commonwealth countries have shown their support for the brave Ukrainian people in their struggle against Putin’s forces though sadly some such as India, Pakistan and some African countries have adopted a more neutral stance.

There will be a Commonwealth Day Service in Westminster Abbey during the course of the day, attended by senior members of the British royal family and Commonwealth representatives, which unfortunately the 95 year old Queen Elizabeth II will not be able to attend, and while there will be a spirit of celebration there will also no doubt be a feeling of concern for those suffering in Ukraine at the hands of Putin’s military gangs.

This year, therefore, to mark Commonwealth Day this Blog draws attention to the role immigrant Ukrainians have played in Commonwealth countries and in particular in Canada which celebrated its Ukrainian community by the issue of a se-tenant block of 4 stamps on 29 August 1991 marking the Centenary of the first arrival of Ukrainian immigrants in Canada.

The first officially recorded Ukrainian immigrants to Canada were Ivan Pylypiw and Wasyl Eleniak whose arrival in Canada is documented as taking place on 7 September 1891 though Ukrainian names are recorded in official records well before then, such Ivan Ruchkowsky and Andrew Yankowsky who were in regiments brought from Europe to Canada to fight against the American invasion of Canada of 1812 (even then Ukrainians were resisting unwelcome invaders).

In 1874 Ukrainian-speaking Mennonites arrived from south-central Ukraine to settle in southern Manitoba. They brought with them a hardy variety of wheat - Kharkov - which was necessarily frost-resistant and which became known as Alberta Red Winter wheat.

The first two above named officially recognised Ukrainian immigrants arrived in Montreal on board the steamship SS Oregon and then moved on to Winnipeg. They were the first of many Ukrainians to set out for Canada from their homeland where they were treated as third class citizens by the Tsarist Russians who ruled them in the east and the Austro-Hungarian elite who ruled them in Western Ukraine and by 1914 approximately 200000 Ukrainians had settled in Canada. Now, once more, millions of Ukrainians are being forced to flee their own country, not by the action of Tsarists but by the armed forces of Putin’s kleptocratic state.

It seems fitting therefore to recall on this Commonwealth Day, not just the entity of The Commonwealth itself, but the millions of peoples who live within its boundaries who immigrated into its territories in the hope of a better life. This 1991 Canada stamp issue is a particularly poignant reminder of the early Ukrainians who migrated to the free lands of The Commonwealth at a time when Ukrainians are once more being forced to flee from Russian oppression and terror. 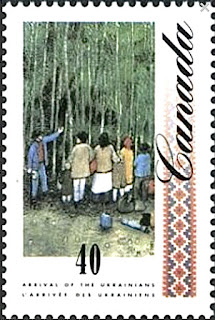 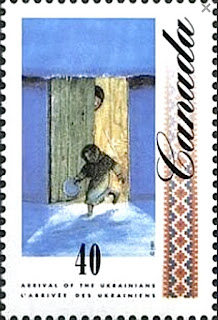 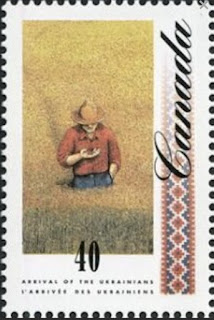 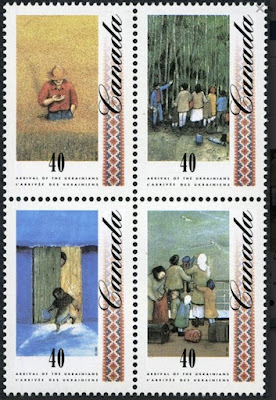