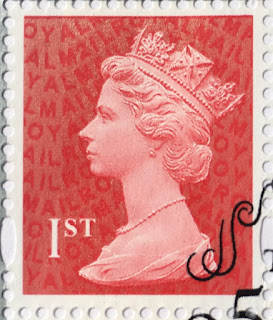 🇬🇧 Depicted here are the stamps from the Royal Mail special pane of 4 x 1st Class Machin Head definitives plus 4 x 1st regional stamps (one each for England, Northern Ireland, Scotland and Wales) plus one stamp-sized label issued on 21 April 2021 to commemorate the Queen’s 95th Birthday. Unfortunately, as previously reported (see Blog 1857). this pane was only available to collectors used on an expensive cover which contained in it a commemorative £5 coin though some dealers were also able to obtain the panes but only for them to use on mail (not to sell them unused to collectors). It’s all very silly and hopefully this latest little trick will not be something that Royal Mail feels it should repeat but as a (hopefully) one off it’s quite interesting. As can be seen in the illustration, the code on the Machin Head stamp is M21L Mail. 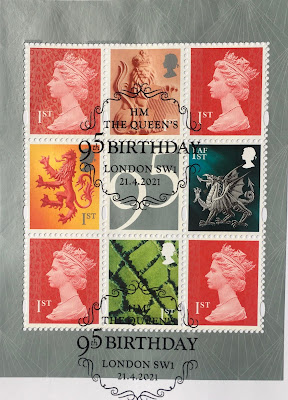 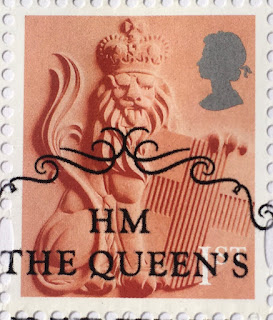 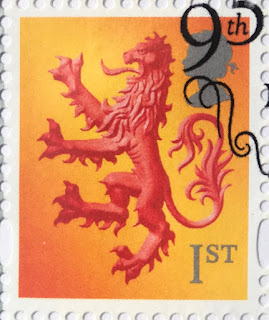 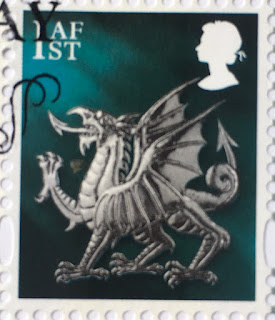 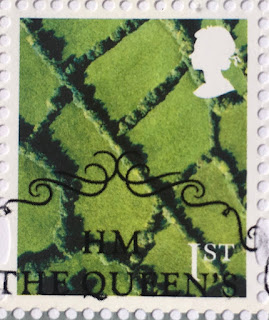 🇺🇸  With the 95th Birthday of Queen Elizabeth II falling on 21 April 2021, the US-based producer and purveyor of philatelic items otherwise known as IGPC reminds us that it has released on to the market a number of products relating to the royal birthday with the names of Commonwealth territories printed on them. The client territories on whose behalf they have produced these items are Grenada (2 miniature sheets), Grenada Carriacou And Petite Martinique (1 miniature sheet), St Vincent And The Grenadines (2 miniature sheets) and Tuvalu (2 miniature sheets) which are all Queen’s Realms or parts thereof. There are also 2 miniature sheets with the name of Guyana printed on them even though Guyana replaced The Queen as Head of State with a president more than 50 years ago. I have mentioned these in recent Blogs but repeat the information here so that anyone interested in this omnibus can add them to the issues of the other territories also recently mentioned (series of 11 territories including the 3 Crown dependencies, Gibraltar, Bahamas and 6 British Overseas dependencies which are clients of Pobjoy stamps/Creative Direction) plus Royal Mail as discussed above and New Zealand Post. 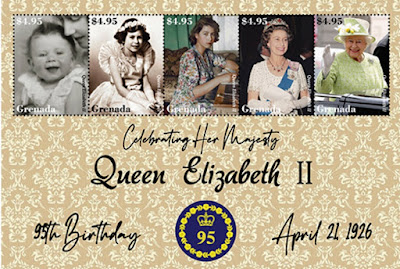 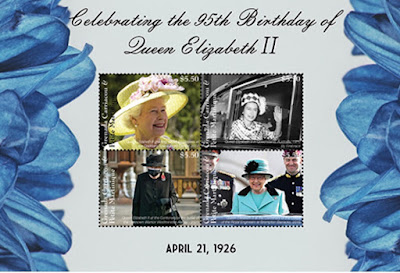 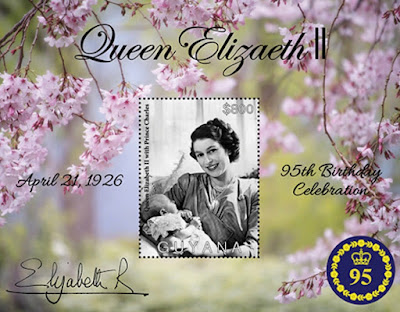 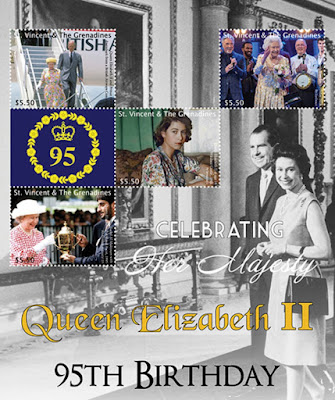 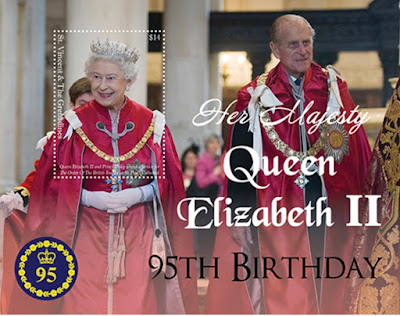 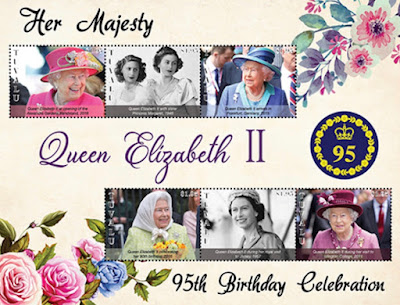 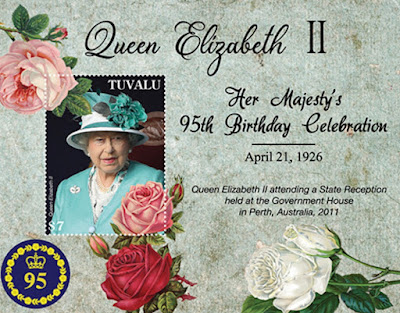