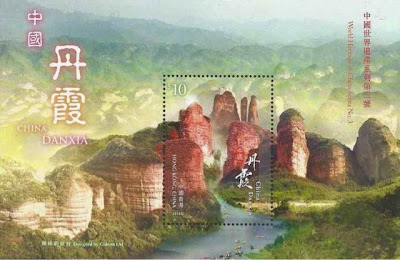 Hong Kong Post issued 1 miniature sheet on 4 December 2014 as the third part of its Mainland China World Heritage series. The issue featured  Danxia and was designed by Gideon Lai and lithographed by Enschede.
On 11 December 2014  Pakistan Post issued 8 different stamps as a sheetlet of 16 (2 blocks of 8 different stamps) on the subject of Gems and Minerals of Pakistan. The set was lithographed by Pakistan Security Printing Corporation of Karachi:- 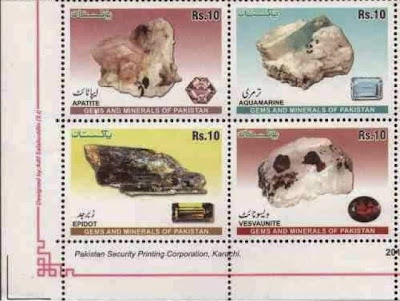 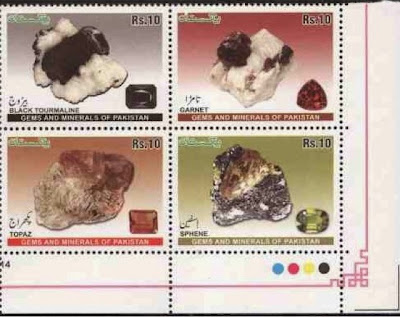 The two latest issues from Norfolk Island are colourful and interesting - the first, a set of five, was released on 17 October 2014 and was titled "Quilting":- 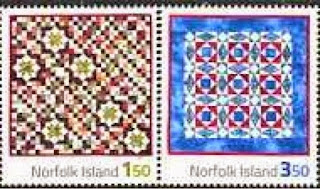 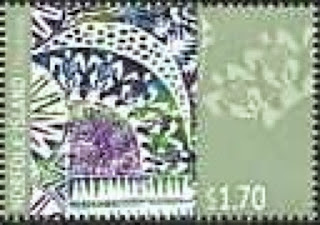 The indispensable Norvic Philatelics Blog (dated Tuesday 16 December 2014) has revealed that there have been no less than 36 new Royal Mail Machin Head definitive stamp varieties released during 2014. These are all detailed in the Norvic Blog and so I will not relist them here but it is an important list of which to be aware.