New stamp issues appear only rarely from the Cameroon postal service, Campost, and it is usually an exciting event when a new issue is released. A pair of stamps has recently been issued which depict the Campost Data Centre of its Projet E-Post. I do not yet know the precise date of issue:- 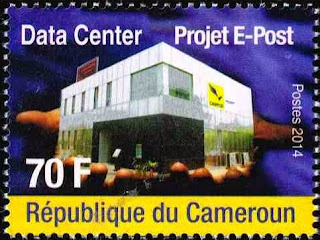 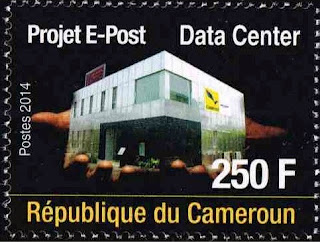 Campost has also issued a pair of stamps noting its Express Mail Service which is its priority mail service both nationally and internationally. Again, I do not yet know the date of issue of the 2 stamps that make up the set:- 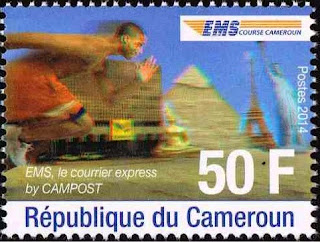 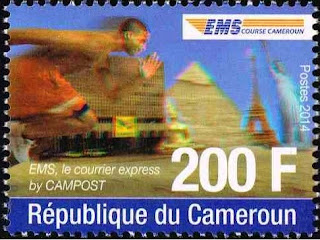 Sadly, new issues from Isle Of Man Stamps And Coins appear with a much greater regularity than those of Cameroon and its first new issue of 2015 will commemorate the 50th anniversary of the death of Sir Winston Churchill and will be released on 2 January. The stamps were designed by Isle Of Man Advertising And PR Ltd and lithographed by Cartor:-

It is not possible to understand what is the connection between The Isle Of Man and the Chinese New Year but it is clearly important enough for Isle of Man Stamps And Coins to issue a miniature sheet and a sheetlet of stamps on the subject. As this is The Year Of The Sheep, the issue, if such a thing really had to be produced, could surely have depicted the famous rare Manx loaghtan breed of sheep rather than a silly piece of frippery. At a cost of £3.10p the profits from this tiresome item might possibly help to cover the cost of air flights of the Manx representatives at the 2015 China International Collection Expo in Beijing. For the record, the designers were Ms. Du Xiaoxiao and Guo Shenshan and printing was by lithography. This is one issue I shall not be adding to my Isle of Man collection as it tells me nothing about the island.

The postal service of Malaysia, Pos Malaysia, issued 7 miniature sheets on 1 December 2014 as its second issue to commemorate the World Youth Stamp Exhibition 2014, held in Kuala Lumpur. The issue was designed by Reign Associates and Hazel Design and lithographed by Percetakan Keselamatan Nasional (see also Blog 491):- 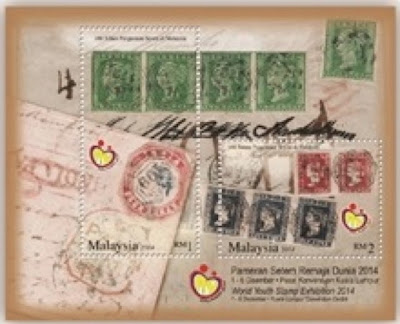 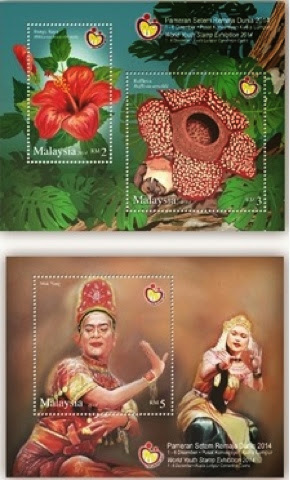 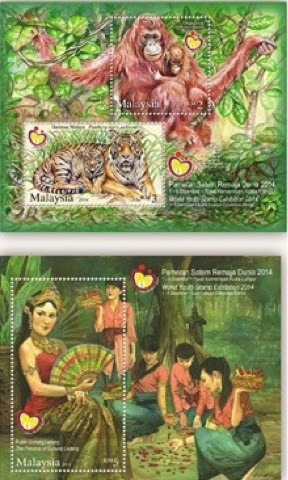 Sri Lanka issued 2 Christmas stamps and 1 miniature sheet on 30 November 2014. The issue was designed by Sanath Rohana Wickramasinghe and lithographed by the Dept. of Government Printing, Sri Lanka:- 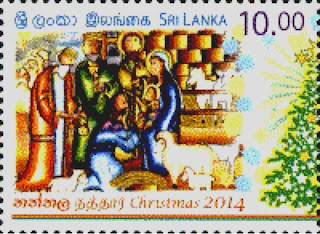 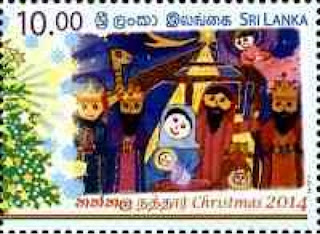 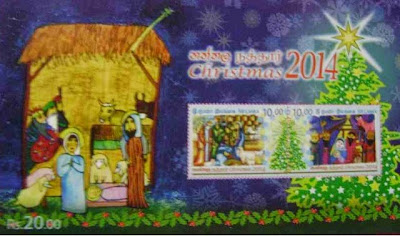 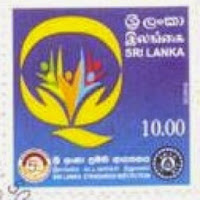 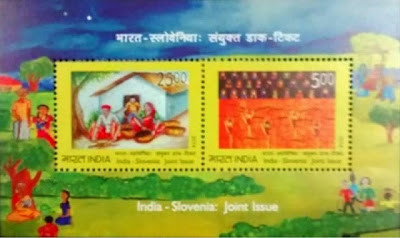 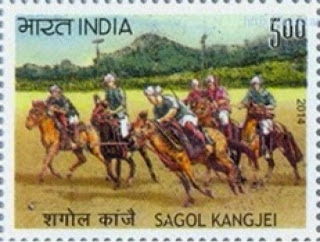 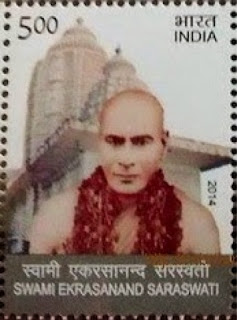